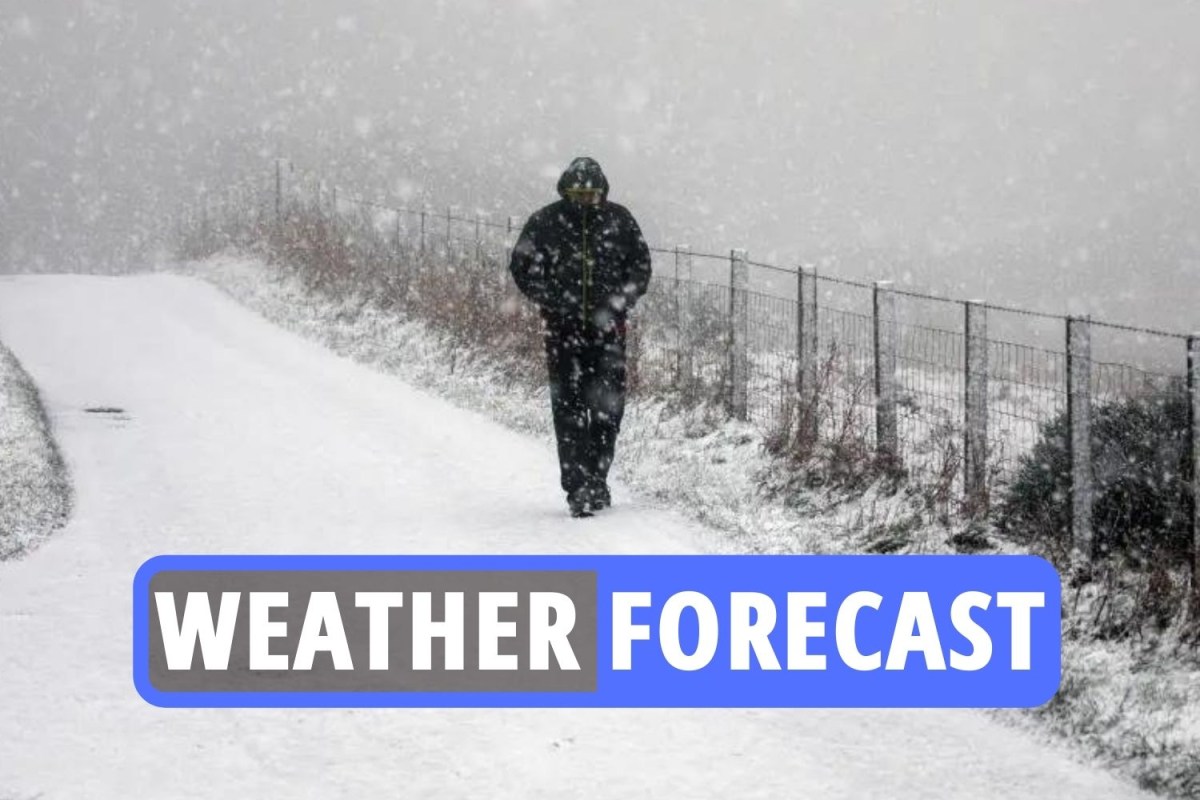 #, saying: “There is a cold shock on the way. “Cold Arctic air looks to spread south across all parts during Tuesday.”

He continued: “The westerly flow will be sourced from a very cold North-east Canada, and it will probably be cold enough for showers to be wintry in nature, particularly over higher ground.”

Alongside this, Met Office Chief Forecaster, Steve Ramsdale has said that temperatures will get, “notably colder weather coming into the north from early on Monday.

“This colder air is expected to push southwards into Tuesday bringing wintry showers and frosts. Wind and snow warnings have now been issued for parts of Scotland associated with this change.”

Read our weather live blog for the latest news and forecasts