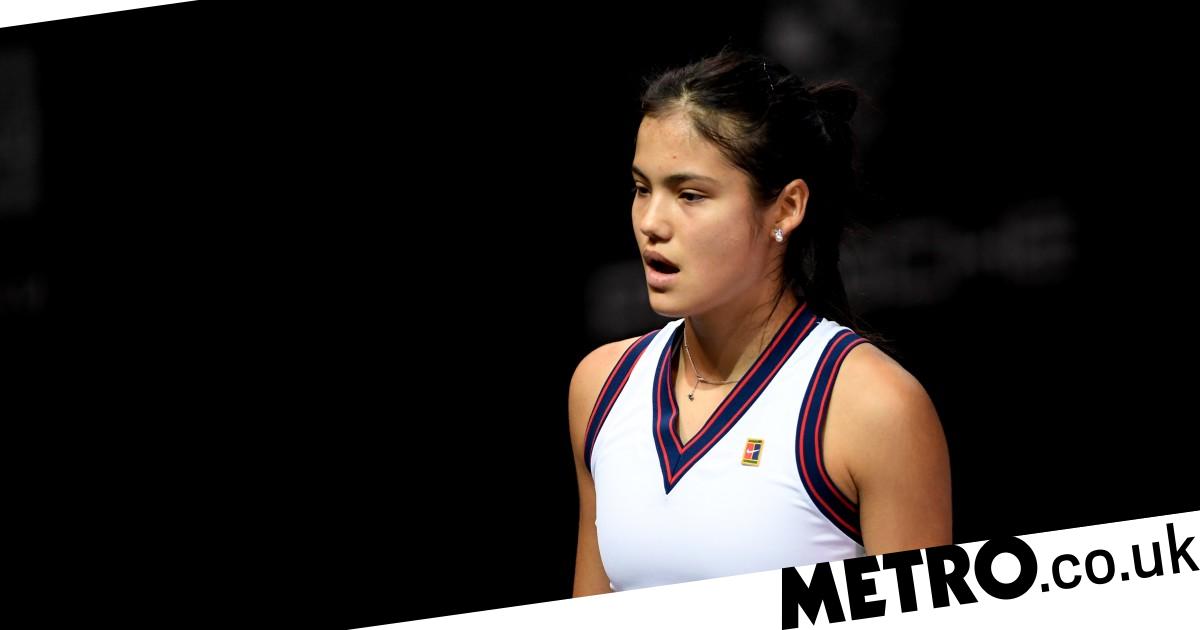 Former world No.1 Mats Wilander has questioned whether Emma Raducanu has made the right decision appointing an experienced coach like Torben Beltz at such a young age.

The 19-year-old confirmed earlier this month she’d be linking up with Angelique Kerber’s former coach having been without a permanent mentor since splitting with Andrew Richardson shortly after her historic US Open triumph.

Raducanu will be embarking on her first full season on the WTA Tour next year with Beltz in her box but Wilander feels the Brit should still be allowed to find her feet and develop her game herself before having to follow an experienced coach’s methods.

‘We mustn’t forget that it wasn’t like we didn’t know who she was. We knew she had a huge game,’ the seven-time Grand Slam champion told Eurosport.

‘They [young players] need to play the way they want to play, and they need to find out how good they are, and they need to ride the wave of youth and confidence for as far as they can before you start hiring coaches that have helped players to win Grand Slams.

‘She knows how to win a Grand Slam. She won one. She needs to have fun, she needs to be allowed to do what she wants to do off and on the tennis court, and she needs to develop in her own time and not to force coaches on her.

‘I’m not saying that Torben Beltz is not… he’s a great coach, he obviously coached Angie Kerber for a long time. I believe it helped her win Grand Slam tournaments, but Angie Kerber knew how to do that anyway.’

Wilander has encouraged Raducanu not to follow in the path of Alexander Zverev, who worked with former world No. 1 Juan Carlos Ferrero for a short time before turning to experienced coach Ivan Lendl at an early age which also didn’t last long.

He feels Raducanu needs to trust her own judgement and her own game and not let too many people influence her career so early on in her journey.

‘I just feel it’s unnecessary to take coaches that have experience when you are dealing with an 18-year-old who is fresh, who is so full of life,’ added Wilander.

‘We’ve got to let these kids grow up before you try to shape them. Otherwise there’s a very, very big chance that people are going to be what stops Emma from developing into a great player.

‘I think she needs to be allowed to do that herself. We saw with Sascha Zverev – Ivan Lendl did not help Sascha Zverev at all! He was forced to try with these superstar coaches. It doesn’t work for an 18-year-old.

‘They need to grow up in their own time and with Emma Raducanu, I’m sorry, but it’s not a good idea to have too many voices in her head. The only voice she needs to listen to is her own.’


MORE : Four things we learned from Emma Raducanu’s 2021 season and what’s next for the British No.1