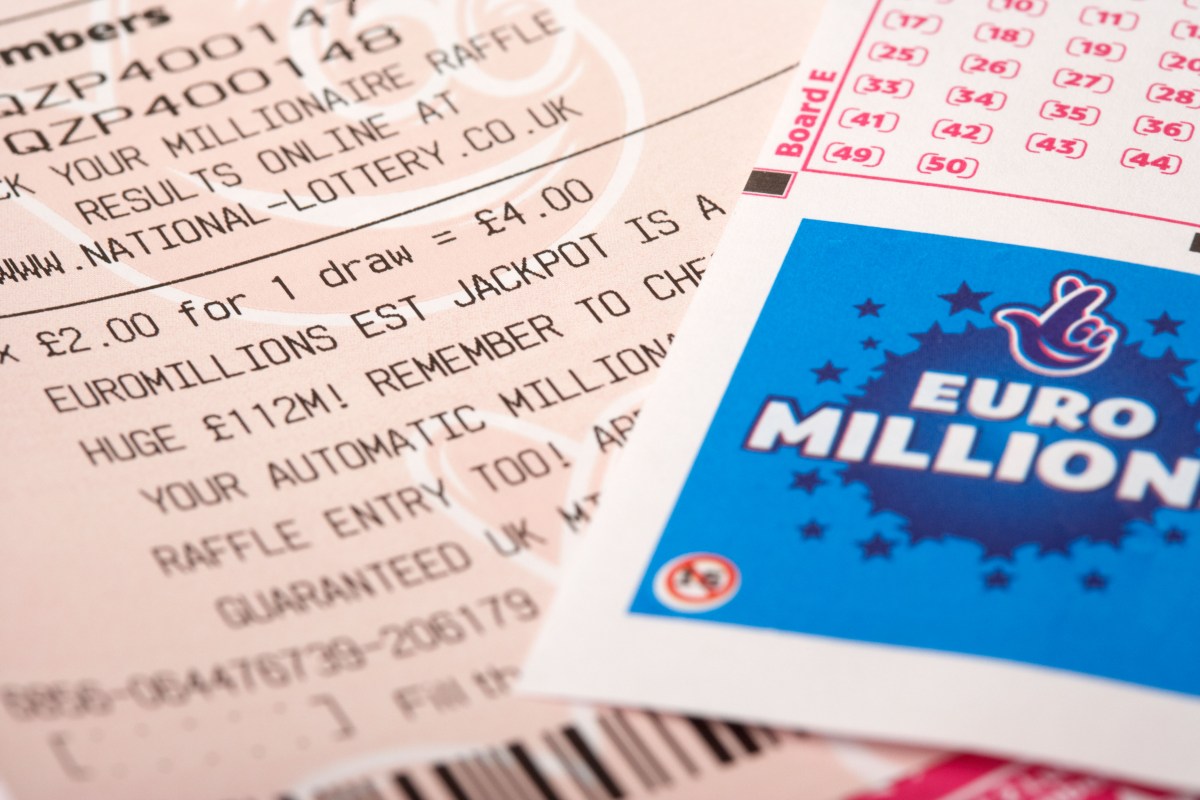 A LUCKY Brit could be richer to the tune of an eye-watering £122million, if they scoop the EuroMillions jackpot tonight.

The top prize grew by £12m after no one won the £110m pot in the draw earlier this week.

The jaw-dropping EuroMillions jackpot would propel a single winner into the ranks of the rich and famous overnight.

A single winner would storm straight into fifth place on the National Lottery’s Rich List. It would be the sixth EuroMillions jackpot won in the UK this year.

The biggest UK EuroMillions jackpot winner was an anonymous ticket-holder who banked £170m in October 2019.

Gillian and Adrian Bayford, who won £148m in 2012, also took a chance on random numbers.

The couple snapped up a fleet of luxury cars and splashed the cash on property before their nine-year marriage broke down.

The winnings would also make them richer than real estate firm founders, Jason and Brett Oppenheim, stars of the Netflix property show Selling Sunset, who are worth an estimated $50m (£37m) according to Celebrity Net Worth.

Any winner would be able to afford Davina’s $75m (£58m) Hollywood Hills house which she famously didn’t manage to sell last season – and still have a sizeable chunk of cash leftover.

The nine-bedroom, 12-bathroom house in Beverly Hills has one of the biggest swimming pools in the area and is the most expensive house to have featured in the show so far.

If the winner fancied getting themselves a new motor to drive around town in, then they might fancy an Aston Martin Victor, which comes with a price tag around £2.2m but is guaranteed to turn heads.

Anyone wanting something a bit more exclusive might want to go for the Rolls-Royce Boat Tail.

There’s no specific price tag as each one is individually built to the buyer’s requirements but Motors 1 estimates that one could be yours for an astounding £21m – but at least you do get your own champagne fridge.

Camelot’s Andy Carter, Senior Winners’ Advisor at The National Lottery, said: “Tuesday’s fabulous jackpot could be one to remember if an incredibly lucky UK ticket-holder scoops the entire sum.

“With that kind of money, they and their loved ones could be looking at joining America’s A-listers in the Hollywood Hills or even stay closer to home – the world would be their oyster.

“My team and I have our fingers crossed for all UK players and are on standby to support all our big winners as they start their life-changing journey.  Make sure you grab your ticket early!”