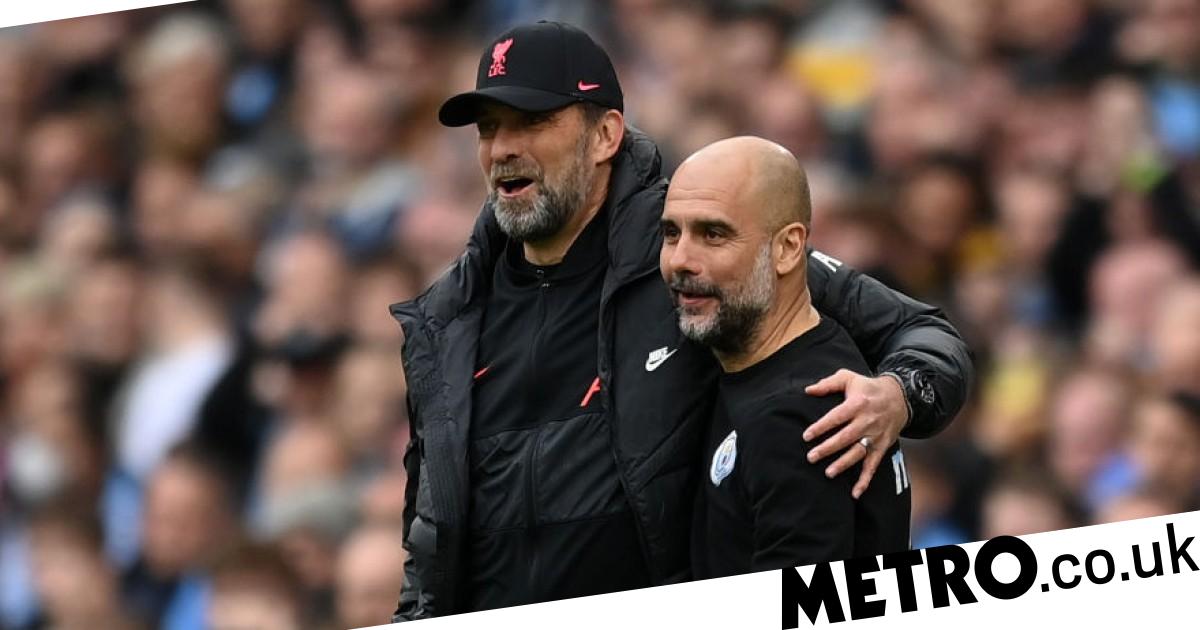 The rivalry between Manchester City and Liverpool is ‘glaringly different’ to the one between Arsenal and Manchester United when those teams were in their pomp, because of the respect shown between the sides, believes Martin Keown.

City and Liverpool played out a superb 2-2 draw on Sunday night, their second of the season, to keep just one point between them with seven games to go in the Premier League season.

Pep Guardiola’s side are top of the table, but Jurgen Klopp’s will be hoping that just one slip up and they will be able to pinch the title from them.

It was a tremendous game at the Etihad on Sunday and although there were some full-blooded challenges flying in, it was played in a great spirit, with the two managers embracing at the end, as were many opposition players.

Manchester City’s Kevin De Bruyne even offered a hand to Liverpool defender Virgil van Dijk after being hacked down by the Dutchman, showing the lack of animosity that differs from the Arsenal and Manchester United clashes from 20 years ago.

‘There are many similarities but what is glaringly different is the special respect that Pep Guardiola and Jurgen Klopp reserve for one another,’ former Arsenal defender Keown told the Daily Mail.

‘Our rivalry wasn’t the healthiest but this one is. You could see that when Virgil van Dijk took out Kevin De Bruyne to stop him from bearing down on goal in the second half. De Bruyne just got up and gave Van Dijk a fist-bump as if to say: “Fair play, I’d have done the same.”

‘This respect between the two sets of players stems from the managers. They’re the role models. If Guardiola and Klopp were at each others’ throats, then it would spill on the pitch. As it did with Arsene Wenger and Sir Alex Ferguson at times, especially in the early days. But we don’t see that from Guardiola and Klopp.

‘The rivalry between Arsenal and United was such that we didn’t like them and they didn’t like us.

‘We went in to disrupt the party that United were having in the Premier League — and we definitely did that, which they didn’t like — but City and Liverpool have grown together.’

With seven games to go, the title race is in Manchester City’s hands and they have pretty favourable fixtures in the run-in.

Guardiola’s side have away trips to Wolves, Leeds and West Ham and home games with Brighton, Watford, Newcastle and finish the season against Aston Villa at the Etihad.

There is a lot going on, with City still involved in the Champions League and FA Cup, but they will be hot favourites to win every one of those league games.