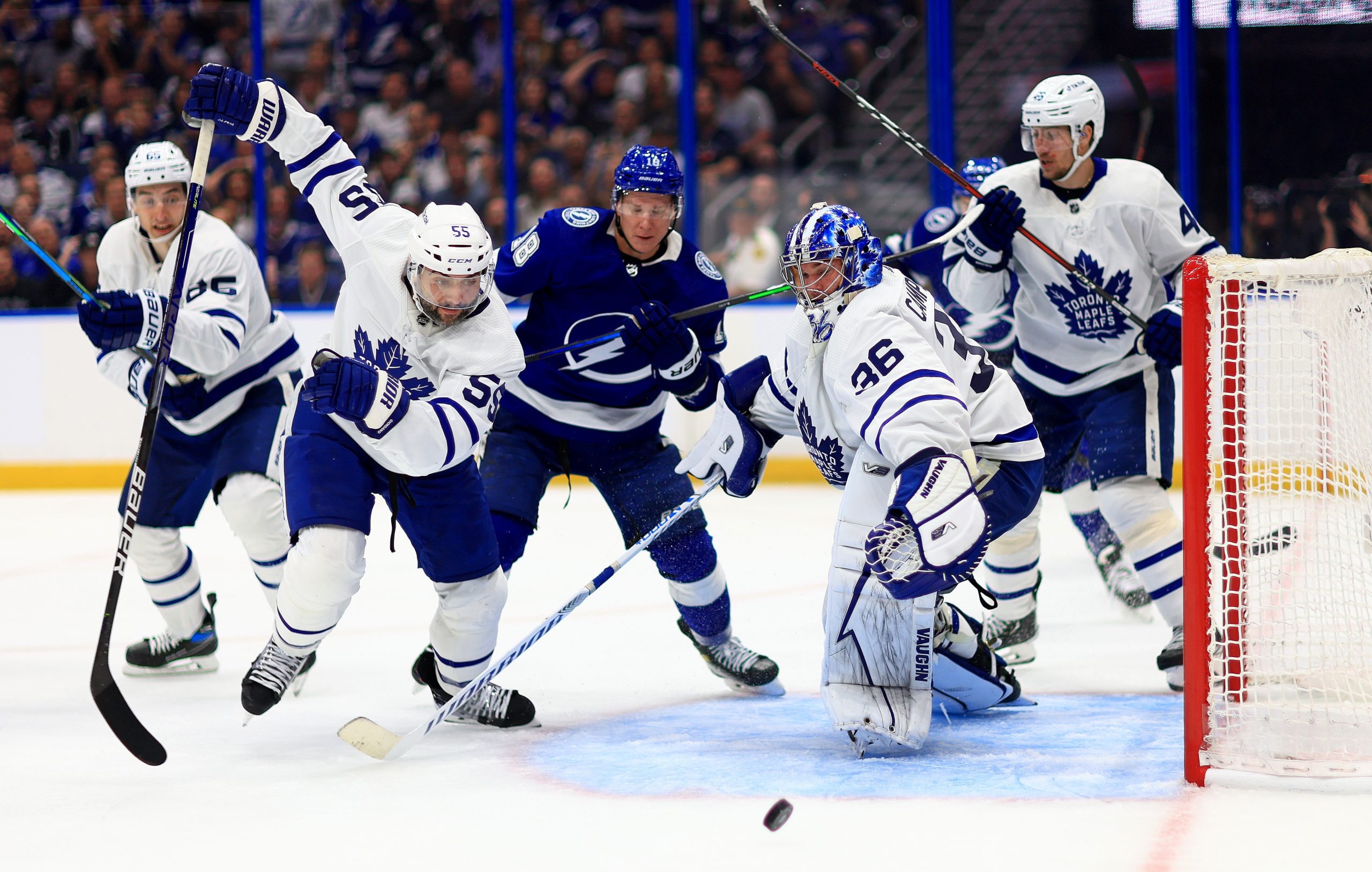 TAMPA  — Three-peat T-shirts are big around this town, but four wins is the number the Maple Leafs have to keep in mind if they really want to dress for success.

The Leafs not only came into the home of the two-time Stanley Cup champions in a new playoff setting, they took an improbable 3-0 lead in Game 3 of their first-round playoff series and, just as vital, resisted the Bolts’ inevitable push back in a close finish before two empty-netters by Ikya Mikheyev settled a 5-2 decision.

The Leafs take a 2-1 lead into Game 4 here Sunday night.

From Jack Campbell’s stop of an open Brayden Point on the opening shift to getting across on a Steven Stamkos one-timer during a third period power play that would have tied it, goaltending topped a list of post-game accolades Sheldon Keefe gave out, which included 5-on-5 play, special teams and depth scoring.

“It shows we were prepared, guys were focused tonight,” said the coach of a team that got out of its element trying to rough the Lightning up in a Game 2 loss on Wednesday. “We bent a little bit, we didn’t break.

“This time of year, you need guys to step up and make plays, too.”

In addition to Campbell’s 32 saves, defenceman Ilya Lyubushkin came out of the penalty box to make an unexpected picture assist, joining a 3-on-1 rush, freezing Andrei Vasilevskiy, faking a pass to Pierre Engvall and then finding trailer Colin Blackwell for his first NHL playoff strike.

“Coming into this (Amalie Arena) , it’s tough. Their fans are into it, their fans are always buzzing,” said Campbell. “But we had a strong start. The sacrifices our guys were making tonight, blocking shots, making it hard to get to the net, was huge.”

Putting their focus back on speed, skill and scrappy defence, the Leafs built the three-goal advantage on goals by Morgan Rielly on the power-play — after the big stop on Point — then Blackwell, then David Kampf in the second period. The Leafs 13-0 when Kampf has scored this year.

Not that anyone expected the 115-point Leafs to go away after Game 2, in which they scored the last two goals in a 5-3 loss, but it had to be expected that Friday’s lead would not be safe. Indeed, they had to hang on for dear life asTampa pressed in the last two minutes with Vasilevskiy pulled before the two Mikheyev goals, his first two in post-season.

In a loud arena with just a trickle of the normal Toronto fan contingent, the Bolts went for the jugular off the opening faceoff, with Lyubushkin bumped off the puck and Point winding up from the slot. But Campbell came out quickly to block it, as he did on a couple of teammates’ early miscues.

His best work, though, came during a late-game Jake Muzzin penalty, stretching across right to left to get his body on Stamkos one-timer.

In the second period, after a 25-second two-man advantage for the Leafs went for naught, Kampf converted a turnover into another odd-man rush and beat Vasilevskiy for the second time in this series.

Ross Colton did dent Campbell on the man advantage with Justin Holl off in the second to make it 3-1 and Ondrej Palat put a high wrister in at 5:43 mark of the third period.

Mostly, the teams steered clear of any nonsense after the whistles, each absorbing hard lessons. A key move to bring the Leafs back to that hockey-first mentality was getting Jason Spezza in the lineup. The veteran of 93 post-season games on top of 1,248 in the regular season was called on as Keefe recalibrated his decision to match the heavy lineup of the Bolts with his own fourth-line armour.

The 38-year-old Spezza replaced Wayne Simmonds, who took a couple of ill-advised penalties in Game 2, while Keefe also chose to leave Kyle Clifford out after his one-game suspension for a late hit in the series opener. Winger Kase was not at the morning skate at Amalie Arena on what was termed a personal issue, but made it back to his spot with John Tavares and William Nylander.

The no-nonsense approach by officials to the intimidation tactics of both teams and the minor stick fouls being called tightly thus far, has made overtly rough play a risk, especially with both teams having potent power plays.

Keefe did beef up on the defence, dropping Timothy Liljegren for the more rugged Holl, who also has more penalty killing credentials. In deleting Liljegren, the coach noted his inexperience has popped up a couple of times in this intense series and that Toronto no longer controls defensive matchups as the road team.

Spezza, one of three Leafs with Simmonds and Mark Giordano have played 1,000 regular season games without a Stanley Cup, has been like a caged tiger awaiting this chance.

“It’s the best time to play hockey. I can bring some enthusiasm have some poise and also help the power play (on the second unit),” he said.