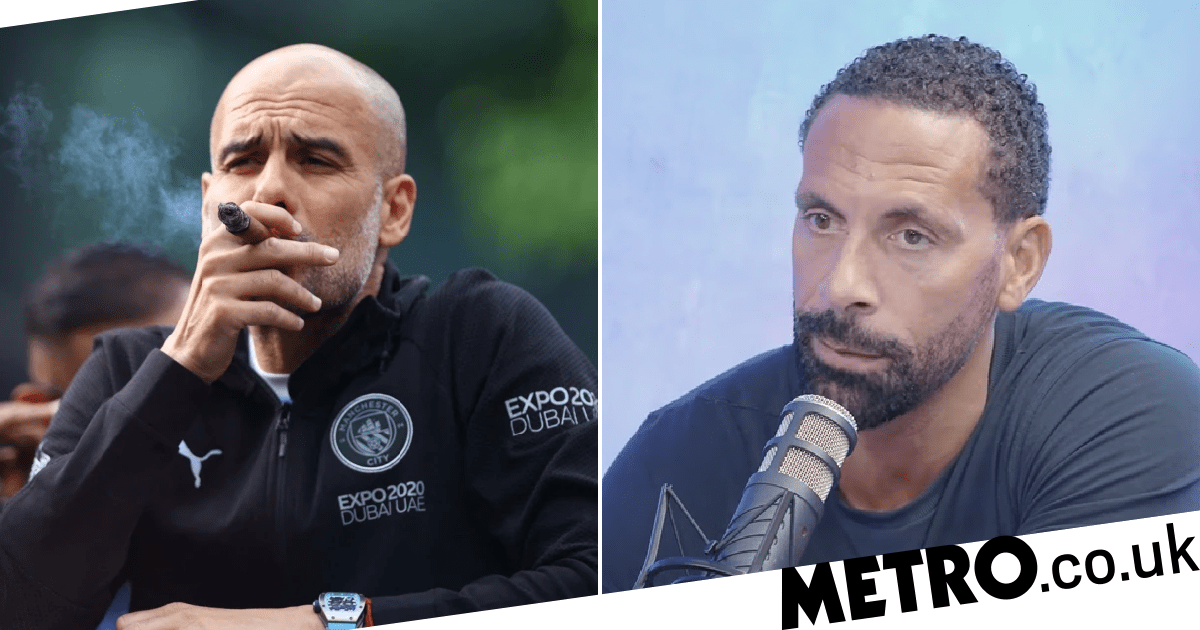 Manchester United legend Rio Ferdinand is backing Manchester City to win the Premier League title for the third year running next season – though he isn’t totally convinced Erling Haaland will be a sure-fire success at the Etihad.

Pep Guardiola’s side came from two goals down in six thrilling minutes to beat Aston Villa 3-2 on Sunday to retain their title in dramatic circumstances, with Liverpool finishing just a single point behind in second place.

Both those sides will be even stronger next season – with City having already wrapped up a deal for Erling Haaland and Liverpool eyeing Aurelien Tchouameni – while the chasing pack will hope to close the gap.

Chelsea’s takeover should be completed in time to bolster their squad; Antonio Conte will demand significant funds at Tottenham; Arsenal will look to build on a promising season despite finishing fifth; United have fresh optimism under Erik ten Hag; and perhaps even big-spending Newcastle could come into the reckoning.

But Ferdinand still feels Manchester City are the team to beat and has backed them to emerge victorious once again in the 2022-23 season, though he was full of praise for the job Jurgen Klopp has done at Liverpool.

Asked for an early prediction on who will win the title next season, Ferdinand said on his Vibe with FIVE YouTube show: ‘It depends on Man United’s recruitment. Jokes! No, no, no.

‘Listen, I said at the beginning of this season that Chelsea would win it after winning the Champions League and what Tuchel had done but they went backwards.

‘I’m going to go for City. I think they’ll get the three in a row they’re looking for. I think that will happen.

‘But I think what Klopp’s done has been nothing short of remarkable, to come in and change that club around. Where they were is almost like where Man United are at now.

‘So if Ten Hag can come in and do like what he [Klopp] did, we’ll be looking at him as a Messiah. So I think it’s only right we do that with Klopp.’

City have already brought in Haaland from Borussia Dortmund to add even more firepower to their potent attack, though Ferdinand has suggested the powerful Norwegian frontman may struggle to adapt to Guardiola’s style of play.

He explained: ‘I think there’s a tactical element to this that I can’t wait to see unfold. How does Haaland fit into this team?

‘Because normally their number nine that they’ve had in the last season or two, he drops in. When Ilkay Gundogan played up there he dropped into midfield, created an overload in midfield where they dominate teams all the time and bamboozle you with that extra player.

‘Haaland isn’t coming to feet like that, Haaland wants the ball in and around the box or behind the other team so he can run onto it. I want to see how Pep does with that.’