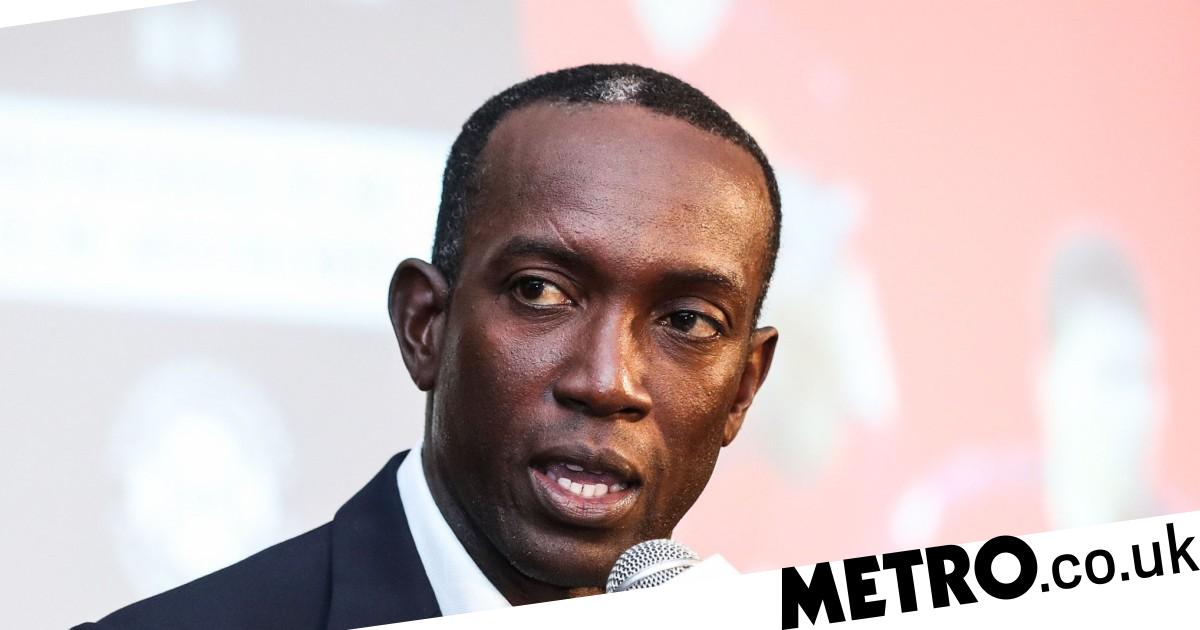 Dwight Yorke has heaped praise on Manchester United forward Marcus Rashford after he marked his return from injury with a goal.

The 23-year-old missed the opening stages of the campaign following a shoulder operation in the summer, but didn’t take long to get back among the goals for the Red Devils in Saturday’s 4-2 defeat away at Leicester.

Although it didn’t have any bearing on the result, Rashford – a second-half substitute – got United back on level terms at 2-2 when he finished powerfully from Victor Lindelof’s long ball.

Jamie Vardy, however, scored immediately after the restart to make it 3-2 before Patson Daka wrapped up the win in stoppage time.

But in Rashford – who struggled for starts for England at Euro 2020 – ex-United striker Yorke thinks his former club have a ‘serious baller’.

He told talkSPORT: ‘When you look at the players we possess, Marcus Rashford, who I watched personally playing a few weeks ago. This guy can play, I don’t know how he’s not playing for England.

‘He has to play every time I see him. I consider myself as a baller, and this guy is a serious baller.’

Despite United’s array of attacking talent, they are without a win in their last three league games and sit in sixth place, five points behind table-toppers Chelsea.

Yorke has been left bemused by his former club’s rocky start to the season and called for Ole Gunnar Solskjaer to find the ‘solution’.

‘When you have talent like him [Rashford], [Cristiano] Ronaldo, [Edinson]Cavani, [Mason]Greenwood, [Paul] Pogba, Bruno [Fernandes], are you telling me we can’t win football matches with these kinds of players? Something must be wrong somewhere,’ Yorke added.

‘But we have to be challenging, we ought to be winning trophies, we ought to be in a much stronger position. We’ve brought in [Raphael] Varane at the back to give us that solidarity in defensive areas. We’ve got players in every department that can really make this team even better than we are today.