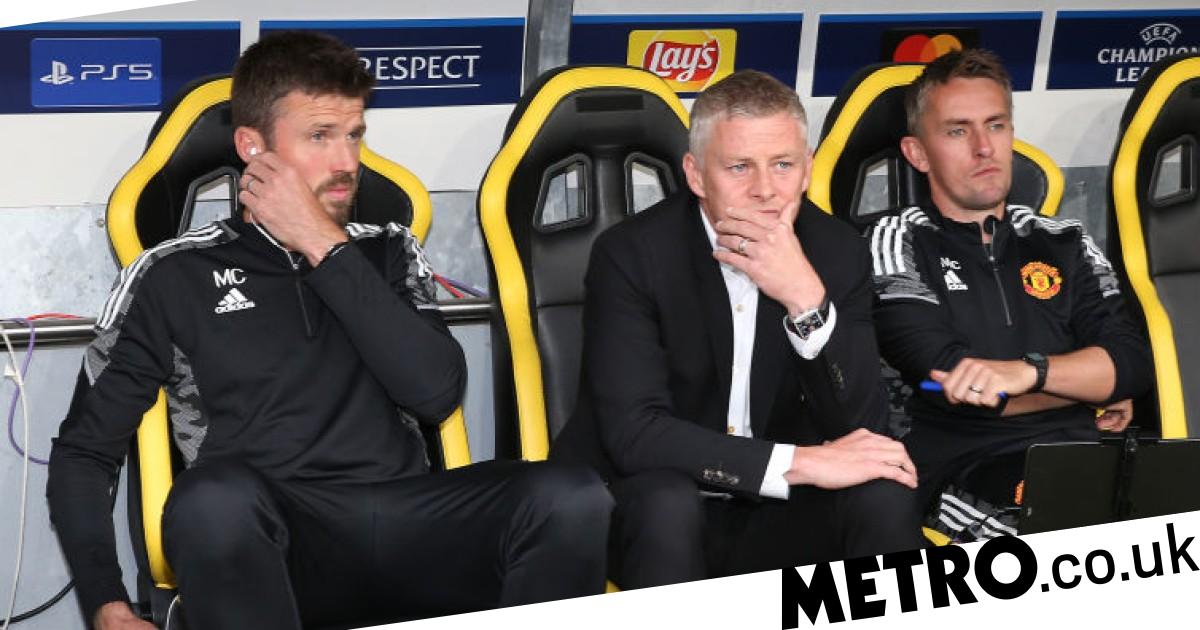 Manchester United first-team coach Michael Carrick has been identified as a surprise contender to replace Steven Gerrard as Rangers manager by Charlie Adam.

The Liverpool legend left Glasgow last week to take up a new role as head coach of Aston Villa, taking most of his Rangers backroom staff with him, and the Scottish giants are now on the hunt for a successor.

They are expected to go down a similar route of appointing an up-and-coming player-turned-coach, with Giovanni van Bronckhorst currently the favourite to land the job.

The likes of John Terry – who left his coaching role at Villa at the end of last season – and Frank Lampard are also in the frame, but now a new name has emerged.

Former Rangers midfielder Adam has thrown Carrick into the mix and believes he could be a ready-made replacement for Gerrard if the club decide to go for a similar mould of manager.

‘He has been at Manchester United, a big club, good coach. It was a gamble with Steven.

‘Will they go down that same route? Will they go for an experienced name? There will only be three or four people that know.’

Carrick was first appointed to United’s backroom team when Jose Mourinho was in charge but impressed Ole Gunnar Solskjaer enough to be kept on, while he has been in talks with the club over an extension – though the club’s recent poor form may have stalled negotiations.

Adam, meanwhile, may be keen to be part of Carrick’s backroom team at Rangers should he take over, with the 35-year-old making it clear he would like to return to his old club if the opportunity arises.

He told talkSPORT: ‘These discussions take place, there’s always names. In football, you know things change quickly, I am still playing but you can never rule anything out. Coaching is something I’m looking forward to doing when I do finish and do retire.

‘Rangers are a big club, and whoever comes in will be looking to bring their own people in because Steven obviously a big staff and he’s taking the majority with him, probably all of them. Rangers will be looking to fill positions and we’ll see where that goes.’