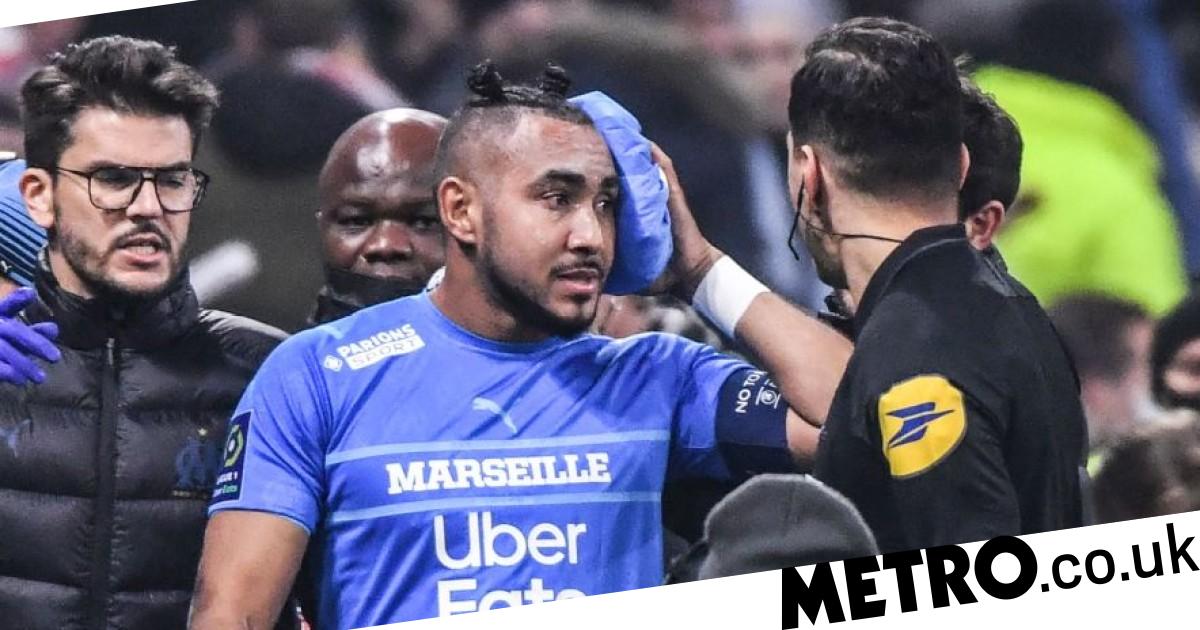 The Ligue 1 clash between Lyon and Marseille on Sunday night was suspended when Dimitri Payet was struck with a water bottle thrown from the crowd.

The former West Ham player was attempting to take a corner when he was hit on the head with the missile from the crowd, falling to the floor before leaving the pitch holding an ice pack on his head.

The referee ushered both teams off the pitch as a result, returning to their dressing rooms.

The incident occurred less than five minutes into the game, which was then temporarily suspended as the officials dealt with it.

Incredibly, Payet was hit by a bottle during a Ligue 1 game between Marseille and Nice in August as well, with the game abandoned.

Payet’s reaction to that attack caused a pitch invasion at the Allianz Riviera, leading to Nice being docked two points, one of which was suspended/