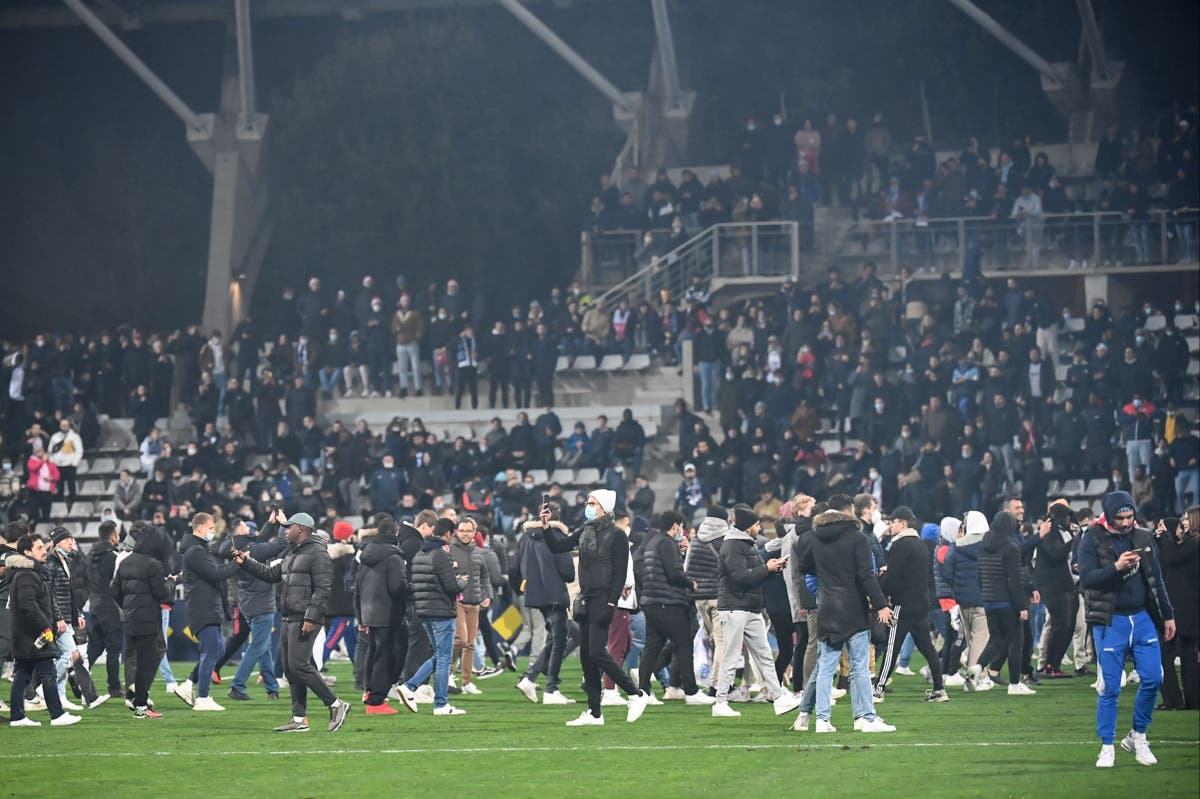 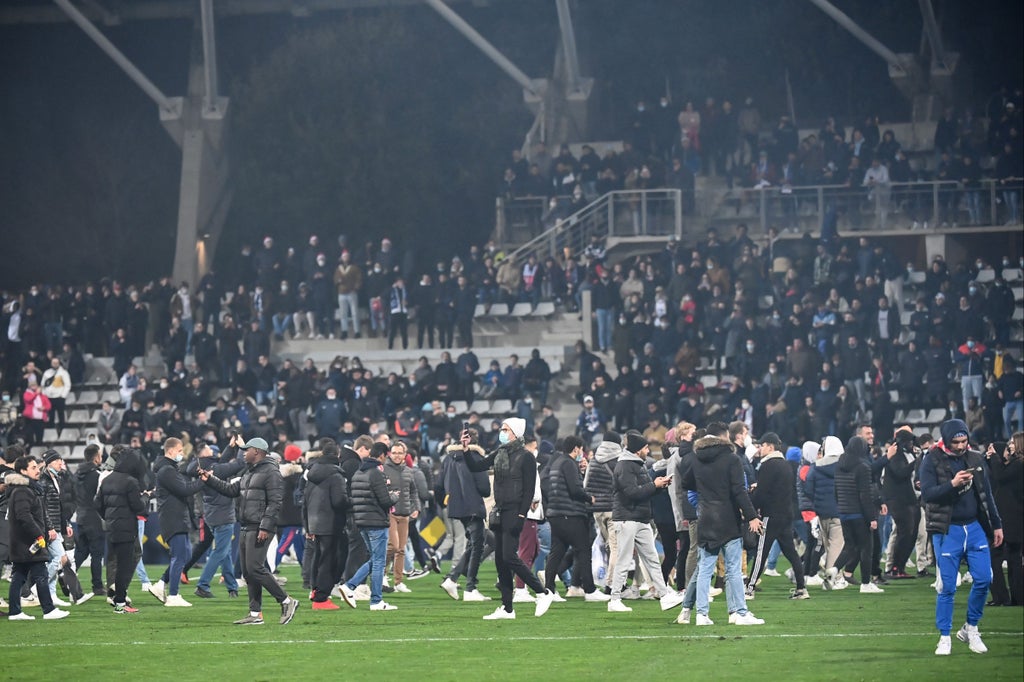 yon face being thrown out of the French Cup after their game away at Paris FC was abandoned because of crowd trouble.

The Coupe de France tie on Friday night was stopped at half-time with the score at 1-1 as violence continues to hit French football.

Supporters fought in the stands, some went onto the pitch and fireworks were thrown at the Charlety Stadium.

It is the latest incident of crowd trouble involving Lyon, whose Ligue 1 home game against Marseille last month was abandoned after Dimitri Payet was hit by a bottle thrown from the stands.

French sports minister Roxana Maracineanu has said repeated crowd trouble is threatening the future of football in the country.

Ligue 1 has been marred by crowd violence this season.

Marseille’s game at Nice in August was also abandoned when Payet threw a bottle back into the crowd, causing fans to storm the pitch. The game between RC Lens and Lille in September was delayed by about half an hour after rival fans threw objects at each other.

The French Football Federation has launched an investigation into the trouble during the match between Lyon and Paris FC.

Given this is not their first incident of fan violence this season, Lyon could be hit with harsher punishment and RMC Sport report they could be thrown out of the French Cup.

Paris FC, who play in the French second division, could also be sanctioned for their security failings.