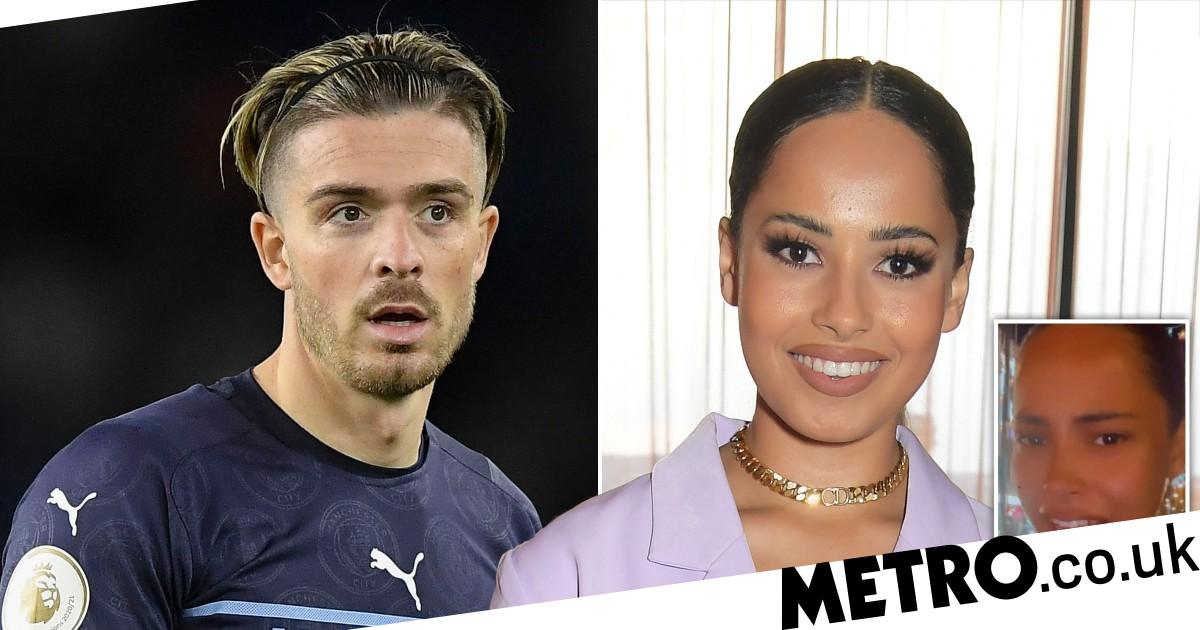 Former Love Island winner Amber Gill has blasted rumours she has been dating Jack Grealish, insisting she is neither ‘heartbroken’ nor ‘the other woman’.

The reality star shot down the speculation, after newspaper claims the England men’s team star had met up with Amber over a series of dates in Leeds, with Emily Atack’s name also dragged onto the pitch. This is also despite the footballer seemingly still in a relationship with Sasha Attwood.

Yes, there is a lot to unpack.

After The Sun reported Amber was left ‘heartbroken’ after discovering Jack was ‘dating’ Emily ‘possibly at the same time’ the reality star wasted no time in taking her name out of the apparent race for this football dude’s heart.

While she didn’t name Jack, Amber took to her Instagram stories to address the speculation about her love life, revealing it had tarnished an actual flame she had with someone else.

She said: ‘Any relationship I’ve got going on gets ruined immediately by “this is who she’s dating”. No.

‘Now you’ve just ruined my actual s**t that’s going on, so thank you…thank you so f**king much.’

Amber captioned the video: ‘If you wanted to know who I was really dating, you’ll never find out because of this kind of sh*t.’

According to the newspaper reports, a source suggested the ITV2 star had been caught up in some sort of saucy love triangle, despite neither Jack nor Emily, nor Sasha, for that matter, addressing any of the earlier speculation.

They claimed: ‘Amber has been in contact with Jack for a while after they first got in touch online, and since then they’ve met up several times over the past few months at hotels, including one in Leeds.

‘She was clearly quite excited about it, she told her friends, but after the news about Jack and Emily came out recently the whole thing feels a lot less glamorous.

‘It was never a proper relationship, just a good time and some dates together, but now it feels as though he may have been in contact with a number of girls at once and that’s very disappointing for her. She really liked him.’

It was also alleged Amber told a pal she wanted to ‘get in touch with Emily and find out whether there was any crossover’ because she ‘really thought there was something’ between them.

Not so, apparently, and on pal Rubey Lalia’s Instagram Amber went further to dismiss the rumours she was ‘the other woman’.

She later added: ‘Cheers to not being the other f**king woman, ever, never in a million years.

‘And if I was I would expect a lot more than a [Givenchy bag]. I pay my own bills, I would expect my bills to be paid and they’re not, I’m trying to work hard out here.’