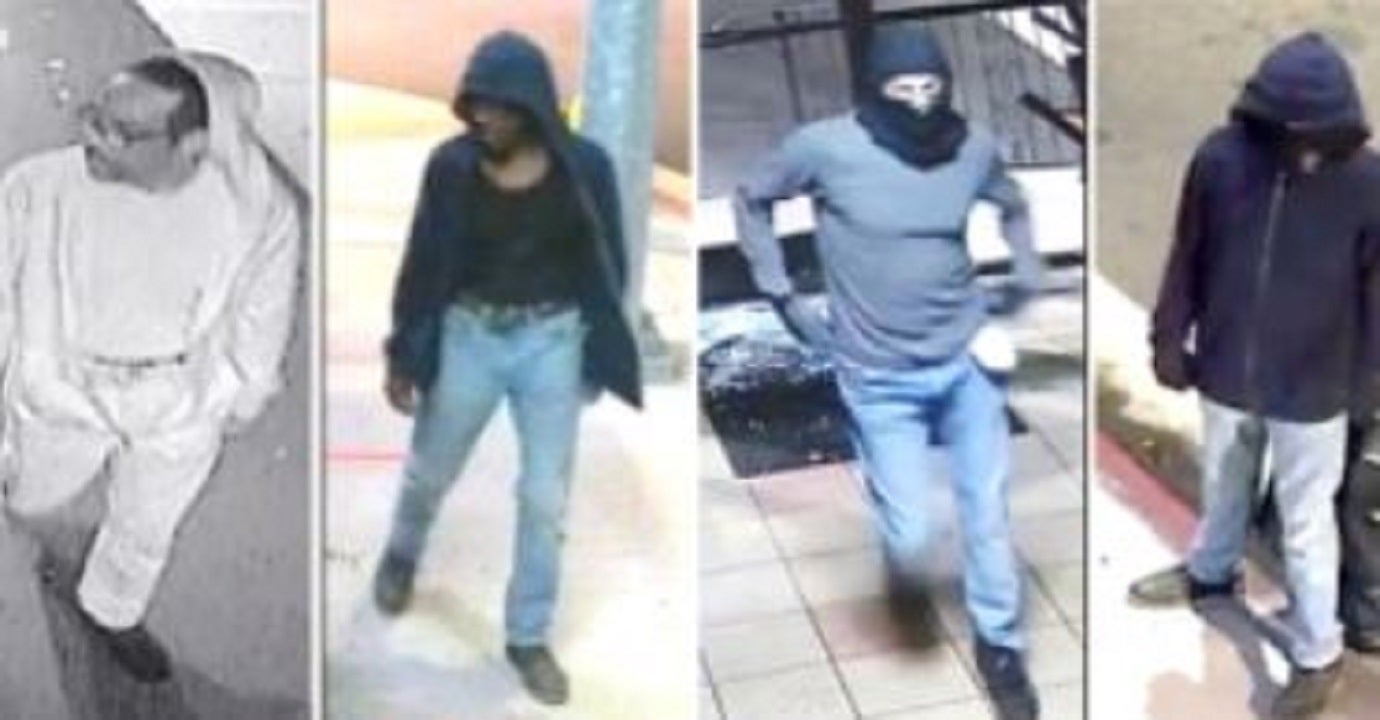 Los Angeles police are looking for a suspect dubbed the “Two O’Clock Rock” burglar because of the rocks he places in front of the businesses he targets in the early morning hours.

The suspect has hit more than 60 businesses all over the city’s San Fernando Valley, the Los Angeles Police Department said Thursday.

He commits burglaries mostly between 2 a.m. and 4 a.m., police said.

First, he puts a rock in front of the business that is about to be burglarized and then throws another into the glass door or windows. Once inside, he removes the cash register, police said.

In many cases, the thief allegedly takes the locked cash register as well.

The suspect is described as a Black male and generally wears dark clothing and sometimes wears reading glasses. He has been seen riding a bicycle or driving an early 2000s dark-colored Nissan Maxima or Sentra.

Video footage released by the LAPD shows a suspect in a dark hoodie holding what appears to be a garbage bag and walking up to a business and placing a rock near the front door.

He then takes a step back and throws something at a glass door, which immediately shatters upon impact.

The suspect is then seen entering the building.