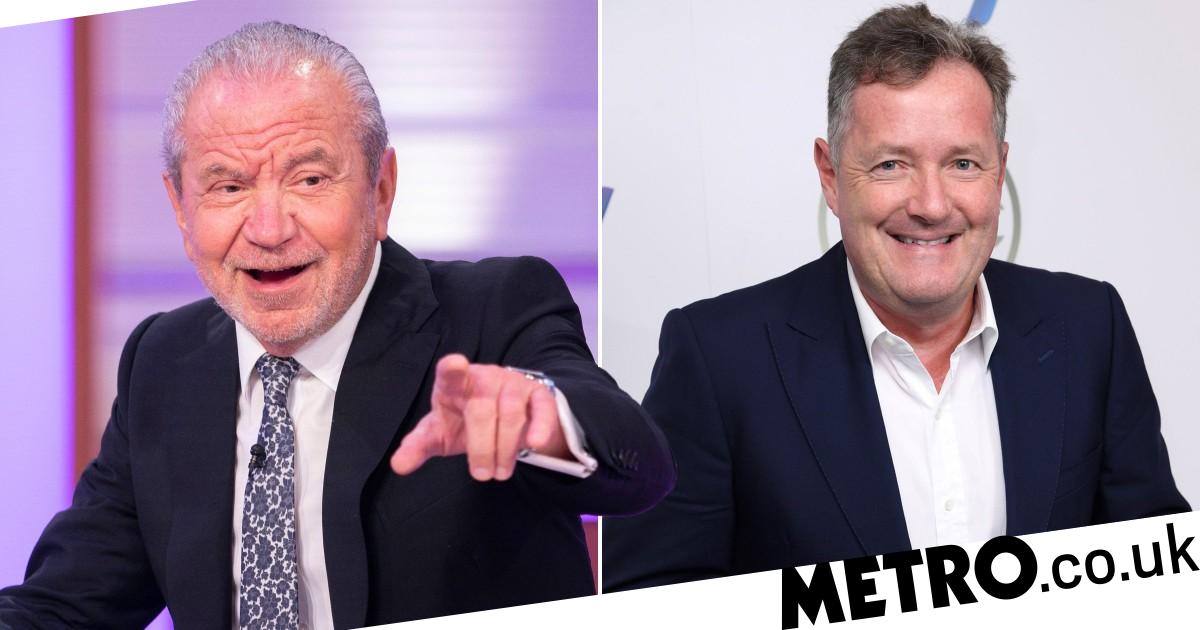 Lord Alan Sugar reignited his long-running feud with Piers Morgan as he made a very bizarre comment about his rival’s name.

The 74-year-old businessman – who was knighted in the 2000 New Year’s Honours list for ‘services to the Home Computer and Electronics Industry’ before becoming a life peer as Baron Sugar nine years later – wrote a strange reply after Piers complained about being snubbed from this year’s list.

The former Good Morning Britain host admitted he was ‘very disappointed’ to miss out as he joked about the extent to which he held the government to account.

He tweeted: ‘Very disappointed not to have made the honours list this year. After all I’ve done for this Govt, it’s baffling they haven’t rewarded me with at least a knighthood for services to holding miserably mediocre ministers to account.

Lord Sugar didn’t taken too kindly to the post and fired back with one of his own, suggesting Queen Elizabeth is more likely to stick the sword ‘where the sun does not shine’ than knight him with it.

He then revealed a rather unique anagram of Piers’ name if he did receive the honour, and we’re not quite sure what to make of it.

He replied: ‘Knight’s are a very elite circle of people.

‘The problem is your head is so far up in the clouds the queen would not be able to tap you with the sword, She maybe tempted to ram it where the sun does not shine.

‘An anagram of Sir Piers Morgan is Orgasm Inspirer (sic)’

Piers – who recently seemed to end their bitter feud, although apparently the truce was short-lived – simply replied: ‘Very elite, yes. Is it £500k or £1m, I can’t remember?’

We’ve done the working out, and it’s definitely an anagram – but people seemed totally baffled by Lord Sugar’s response, and the point he was trying to make.

One follower asked: ‘What are you blabbering on about Alan?’

Another tweeted: ‘Lord Sugar, there comes a point where tweeting someone in this manner becomes an unhealthy obsession. Perhaps, enjoy your success instead?’

And a different fan said: ‘Another belter from big Al. Persistently churning out really weird tweets.’