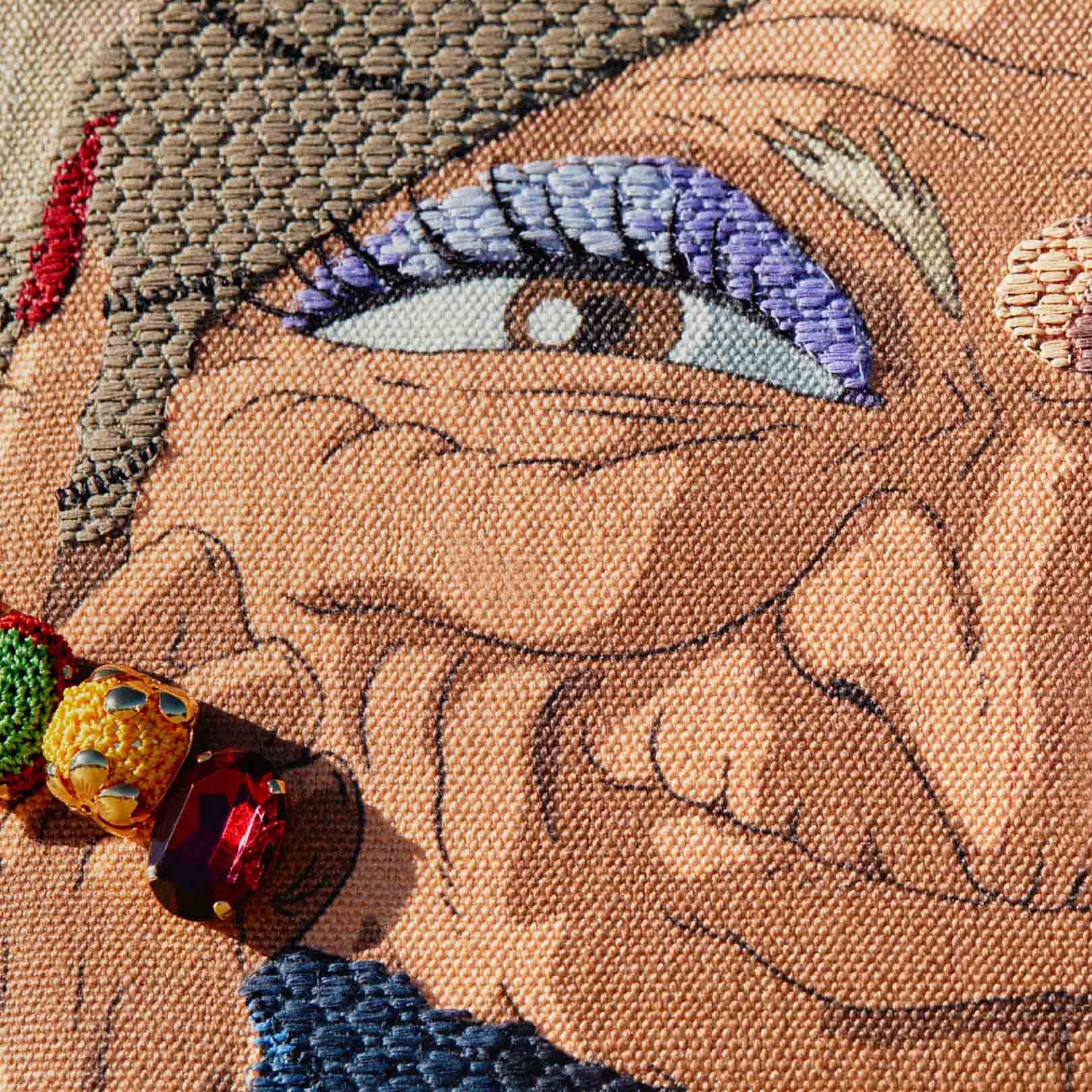 Don’t let this Loewe capsule vanish into the spirit world! Sign-ups for early access to the collection, which launches on 7 January, end 3 January.

Loewe’s second link-up with Studio Ghibli is yet another adoring tribute to a beloved Hayao Miyazaki classic: Spirited Away. And what a year for Ghibli heads galore, with this collection, a brand-new Miyazaki (now, un-retired) feature How Do You Live? and the opening of the world’s first Ghibli theme park in late 2022 to look forward to.

Jonathan Anderson’s first foray into collaborating with Studio Ghibli began last year, with an immensely popular My Neighbor Totoro capsule and, after, a commitment to a three-year sponsorship of the Tokuma Memorial Cultural Foundation for Animation, which maintains cultural programming at the Ghibli Museum. Spawned in light of Anderson’s love for Ghibli animation and the films’ retrospection on imagination, environmentalism and escapism — themes sorely current and needed in these, sorry, unprecedented times — the collection saw a contemplative Totoro gazing out from T-shirts, sweatshirts, Heel pouches and, even, Loewe’s signature Puzzle bag.

Loewe’s Spirited Away capsule gets a similar, picture-perfect treatment.

For the uninitiated, Spirited Away tells the story of Chihiro, a young girl who gets swept away into a spirit realm and must contend with the rules of this eerie domain to free her parents from their pig-like existence and, finally, return to the world she belongs to.

Rather than My Neighbor Totoro’s earnest sprint towards living in harmony with nature, Spirited Away, instead, ruminates more on themes of greed. Of gluttony. Of the spoils of consumption. Which then, of course, leads back to topics of nature, of precious things torn down and forgotten, renamed and, ultimately, replaced.

Imagery that have since been released of the Loewe x Studio Ghibli’s Spirited Away collaboration have been especially vague, with extreme close-ups of Chihiro, No-Face and Yubaba, among others, featured on what looks like grained leather surfaces. However, a closer look at some of Hong Kong’s favourite influencers’ Instagram feeds reveal graphic fleece outerwear, knits emblazoned with Boh and a smattering of soot sprites and a myriad of Loewe’s Amazona bag used as canvas for the film’s stunning vignettes and characters.

There’s also a line to be said about the notion of purchasing fashion when said fashion is in tribute to a film resolutely against vices of consumption and greed. So, don’t make like Yubaba and forget what’s really important. Pick your favourites from the collection — and no more than that.

(Hero and featured images courtesy of @ashaetc, @wongyuenb and Loewe)