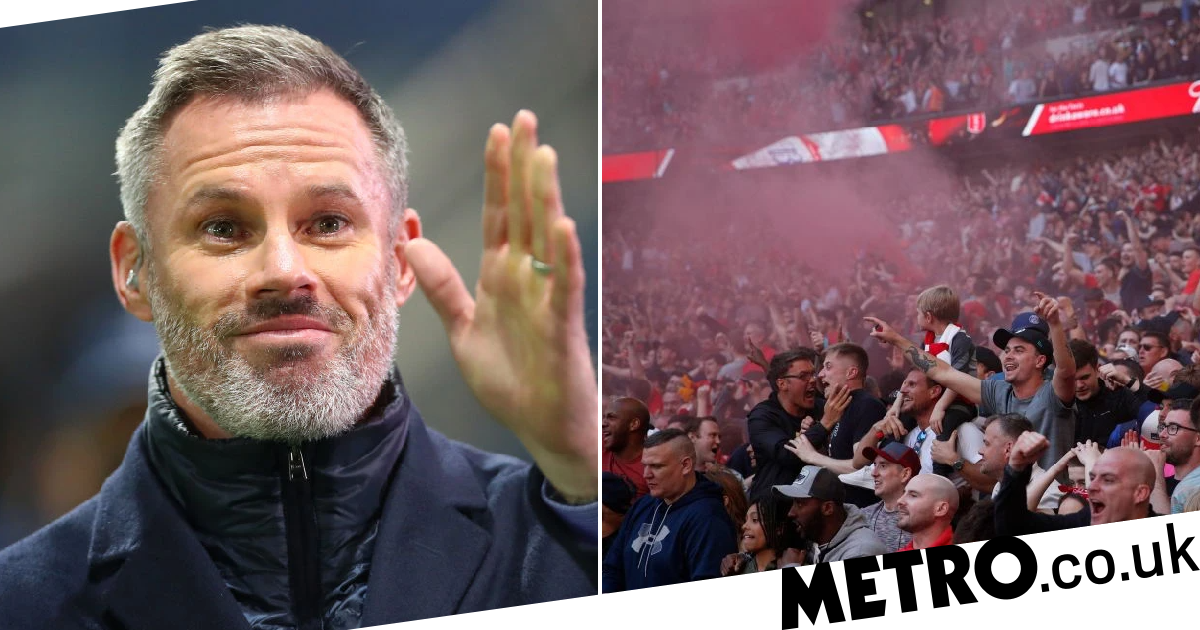 The Reds, who beat Chelsea on penalties in the EFL Cup final in February, took the lead after nine minutes as Ibrahima Konate rose well from a corner and headed past Zack Steffen.

Manchester City’s No. 2 goalkeeper Steffen then made a terrible error to gift Liverpool a second, dithering over the ball following a backpass and allowing Mane to nick the ball into the net.

Mane made it 3-0 before half-time with a sweet strike following a superb move from Liverpool, who are just one point behind Manchester City in the Premier League with seven games to play.

Jack Grealish got a goal back for City just after the restart and Bernardo Silva netted a consolation goal in injury-time but Liverpool kept Pep Guardiola’s side at arm’s length as they progressed to yet another final under Klopp.

During Liverpool’s win, Carragher tweeted: ‘I love Sadio Mane. What a player you’ve been and still are for Liverpool,’ with a heart emoji.

Following Liverpool’s hard-fought win, Mane told BBC One: ‘Today is special – we were playing one of the best teams in the world.

‘To win this kind of game, especially in a semi-final, is a big, big, big win. We were very pleased to win and qualify for the final.

‘We started very well, everybody started on the front foot – for my first goal the goalkeeper made a mistake but I think we pushed him to make that mistake. That is our style and I think that made the difference.’

‘City just left themselves too much to do – credit them for the second half, much better – but Liverpool were in a world of their own in their first half. Their performance in that first half was just too good for City.’

Ex-Manchester City defender Micah Richards added: ‘Liverpool had the game won in the first half down to their brilliance but also City were not alive, which I’ve not said for a while.

‘In the second half they upped the tempo. It looked more like the City we recognise. It wasn’t enough today but in the end Liverpool were the better team.’