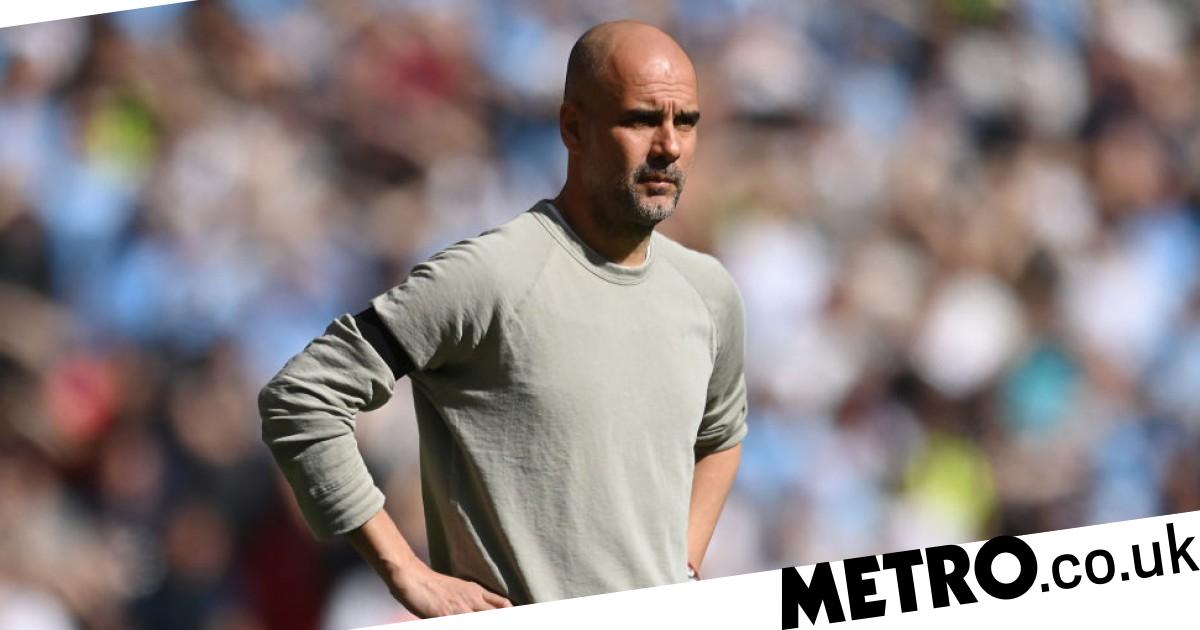 Pep Guardiola did not make a substitution until 83 minutes of Manchester City’s 3-2 defeat to Liverpool in Sunday’s FA Cup final, a decision Danny Murphy says is ‘ridiculous’ and lacked logic.

It was a wild contest at Wembley as Liverpool took a 3-0 lead at half-time thanks to an opener from Ibrahima Konate and then a brace from Sadio Mane – one of which coming from a calamitous goalkeeper error from Zack Steffen.

Jack Grealish got one back for City shortly after half-time, but as they struggled to press for the two more goals they needed, Guardiola chose not to make any changes.

Riyad Mahrez eventually replaced Gabriel Jesus on 83 minutes and went on to set-up Bernardo Silva’s late strike, but it was all too little too late and Murphy could not get his head round it.

‘I’m struggling to find a logic behind it, because he’s got a wonderful bench every time he puts a squad out,’ Murphy said on BBC One.

‘He is the one manager that’s probably complained more about the lack of the five substitutions rule and he’s used less than most in the Premier League.

‘When I’ve come off the bench, you can’t do anything in six or seven minutes, it’s ridiculous really.’

Whether or not he is the most vocal about it can be debated, but Guardiola has indeed called for five substitutions to be available in the past, saying in December 2020: ‘All around the world it’s five substitutions, but here we believe we are more special people.

‘We don’t protect the players, and that’s why it’s a disaster. In this calendar, especially. I will demand, if the people allow, we have to come back to five substitutions. If not, it’s difficult to sustain it.’

However, he has also explained that he tends not to make subs himself as he believes it makes his side vulnerable to conceding.

‘Sometimes when the situation – the mood – of the team is unstable, they [opponents] make a lot of chances, I am not a big fan of that,’ Guardiola said.