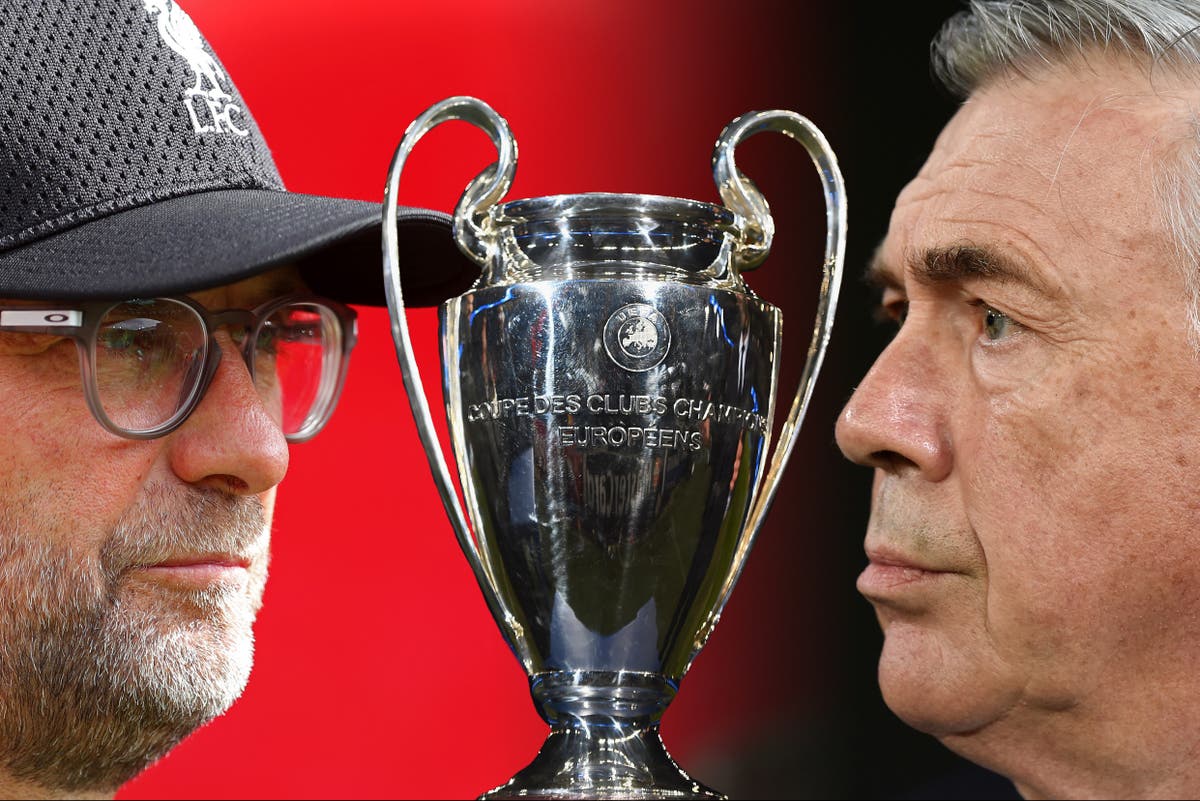 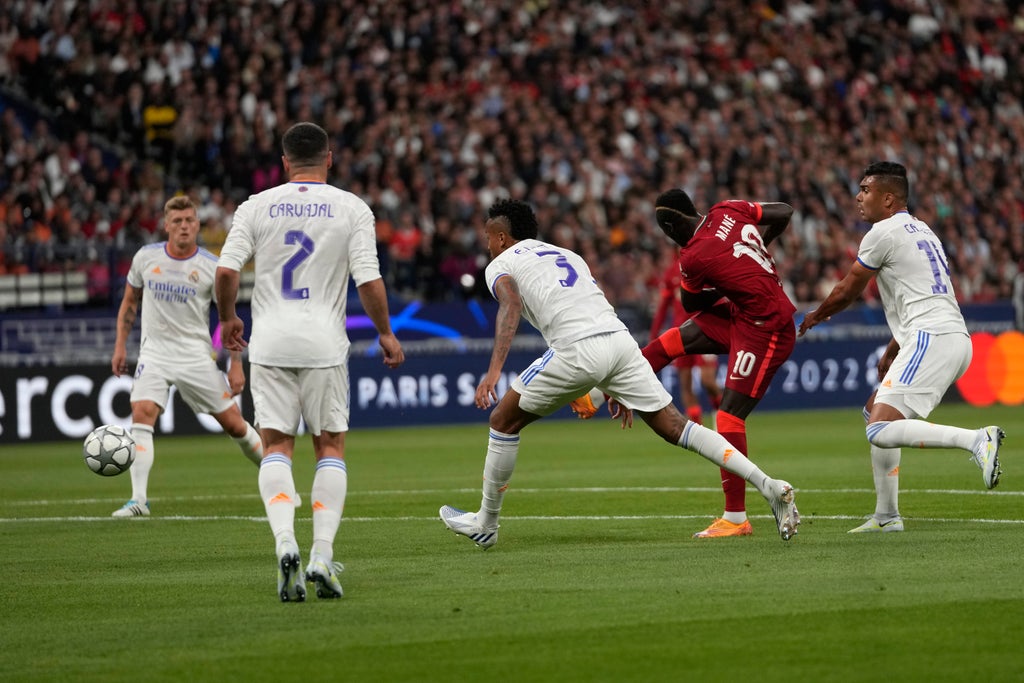 No team has lifted this trophy more than Real, the 13-time winners, while victory tonight at the Stade de France would take Liverpool’s tally to seven, a figure bettered only by the La Liga side.

While the Reds have not got the chance to play for an unprecedented quadruple in Paris, after losing out on the Premier League title by a single point, European glory would cap off a stunning season for Jurgen Klopp’s side in which they’ve played in every possible match.

This is a repeat of the Champions League final from 2018, when Gareth Bale scored twice in a 3-1 win for Real as they made it three in a row. Liverpool returned the following season and went one better with victory over Tottenham.

Carlo Ancelotti has already won this competition three times as a manager and having led the La Liga champions to more than one miraculous comeback already this season, he will believe his side can get the job done whatever situation they find themselves in.

Thiago and Fabinho are both fit and start for Liverpool in a big boost for the Reds, while David Alaba returns for Real. Kick-off was delayed by almost 40 minutes due to fans having trouble getting into the stadium.

With kick-off at 8.15pm BST and James Robson in Paris, follow Liverpool vs Real Madrid with Standard Sport’s LIVE blog below…

40 mins: Robertson slides the ball through to Mane, he looks to roll Militao and get the shot away but it’s deflected behind for a corner.

Benzema heads the corner away at the near post, out to Henderson who hammers it back at goal from 25 yards out. Catches it sweetly but well wide.

38 mins: Vinicius the only Real player to offer any threat so far. He does well to hold off Alexander-Arnold and Konate to keep possession, but Real can’t make anything of it.

Again Diaz looks to charge down the left wing, Carvajal and Valverde double up on him and the door is slammed shut.

36 mins: Here we go, Real win a corner after a first real attack of any purpose. Taken quickly, Benzema clips it into the box… comes to nothing.

Alisson sends it long quickly and Diaz looks to lead the break. Carvajal hauls him down and does very well to avoid a yellow.

34 mins: Another chance for Salah!

Konate drives forward past a couple of challenges, he can’t believe how much space he has as it’s played wide to Alexander-Arnold.

Whipped into the box on his left foot, Salah is free but heads straight at Courtois. Should have done better.

Casemiro’s passing has been poor. And Real’s use of the ball has been a problem. On a couple of occasions they have looked capable of releasing Vinicius, but could not find the delivery.

Liverpool are forcing them into errors with their pressing and picking up a lot of second balls.

They will wonder how they are not in front yet and the answer is Courtois, who has been outstanding.

32 mins: On the rare occasions Real Madrid have looked to pass forwards, it’s been Vinicius and Benzema against the Liverpool defence and midfield. Completely outnumbered.

Modric unable to get involved at all so far.

30 mins: Good work from Alexander-Arnold, Vinicius briefly looked to be in as he made the run in behind but the Liverpool man gets across just about in time.

Half an hour gone in Paris. Liverpool well on top but nothing to show for it.

28 mins: Game played at barely more than walking pace as Liverpool come forward. Real have no interest in pressing Thiago and Henderson.

Eventually Fabinho loses patience and goes for goal from absolutely miles out. Always rising over the bar – Real will be delighted to see that.

26 mins: Alexander-Arnold getting forward at will for Liverpool – as usual. He hasn’t had to be too worried about Vinicius behind him yet, Brazilian has barely had a touch.

As PSG, Chelsea and City know though… you’ve got to finish Real off when you’re on top!