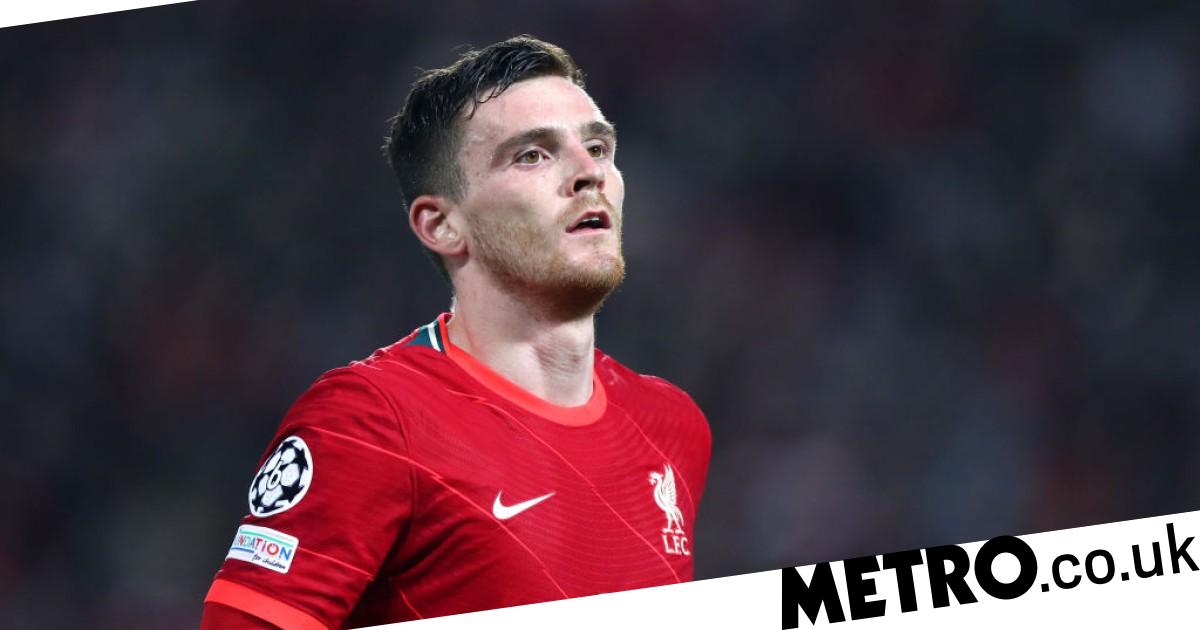 Liverpool are sweating over the fitness of Andy Robertson ahead of Saturday’s Premier League clash against Arsenal after he picked up an injury playing for Scotland.

The left-back started Monday’s crucial World Cup qualifier against Denmark but was forced off the field in the 79th minute clutching the back of his leg and was replaced by Scott McKenna.

Fortunately for Scotland, they managed to double their lead through Che Adams shortly after Robertson’s withdrawal to secure a 2-0 victory that means they are seeded for the World Cup play-offs.

But the Liverpool defender is now a major doubt to take on Arsenal with The Times reporting that he has sustained a hamstring injury.

The Merseysiders are awaiting the results of a scan taken on Tuesday to determine the full extent of the problem and there is hope that it is not serious.

However, they do not intend to take any chances with Robertson and Kostas Tsimikas – who has performed excellently when called upon this season – is in line to fill in for the Scot.

Jurgen Klopp is also conscious of the fact that Wednesday’s Champions League tie with Porto is effectively a dead rubber, with Liverpool already guaranteed to progress to the knockout stages.

Instead, Robertson may target a return against Southampton at Anfield on November 27, with the Merseyside derby at Goodison Park to follow a few days later.

Elsewhere there was better news for Klopp, with Jordan Henderson and Sadio Mane both hopeful of facing Arsenal despite their own injury scares while on international duty.

Henderson withdrew from England’s squad before Monday’s win over San Marino after over-stretching against Albania on Friday, while Mane returned early from international duty with Senegal after taking a blow to the ribs but took part in training with his club this week.