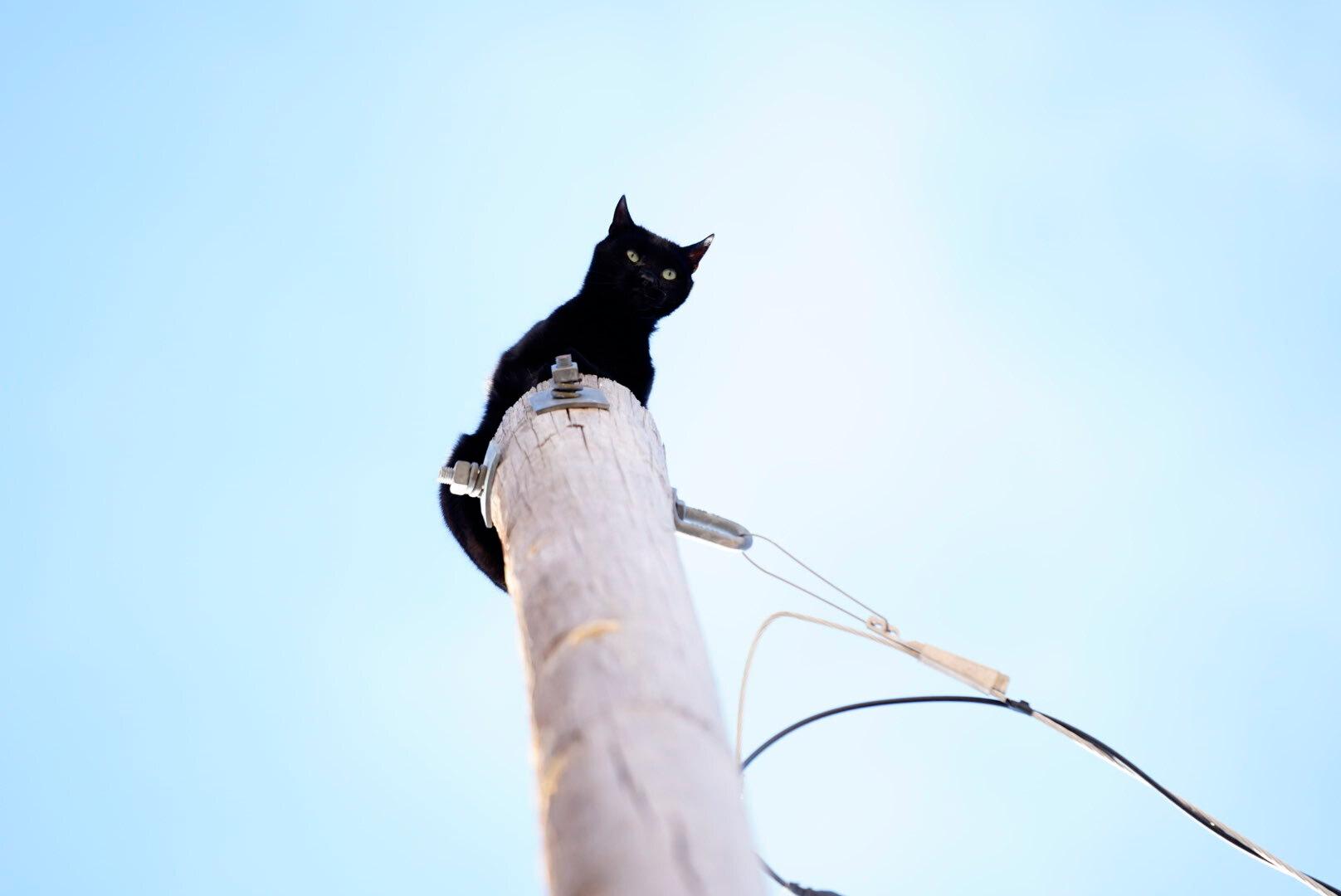 “Colorado cat rescued after days atop 36-foot-tall pole in Aurora” was my favorite headline of 2021.  Frankly, nothing personifies 2021 better than that — a hapless feline stranded atop a utility pole without the wherewithal to get down.

We, too, are stuck where we don’t want to be thanks to poor decision-making. In 2021, crime rates rose. Vagrant camps spread. Denver beat smog champions New Delhi and Shanghai for worst air quality among major cities this summer. Although lifesaving COVID vaccines came available early in the year, some Coloradans refused them and hospital ICUs once again filled up. Ill served by school shutdowns and online education, academic performance plummeted. And, inflation is rising at the fastest pace in 39 years.

It wasn’t all bad, though; election conspiracy theories got roasted thanks to folks in Grand Junction, not chupacabra Illuminati interesting, but definitely worth watching the crazy. Also, the creators of South Park Trey Parker and Matt Stone saved Casa Bonita. True heroes.

Okay, let’s be honest, 2021 didn’t start off well. Windows in central downtown Denver were still boarded up from the 2020 riots and the graffiti hadn’t yet faded. This year, crime all over the state rose 10% from the year before. Crime rates are 28% higher than they were a decade ago according to a new study by the Common Sense Institute. Theft, assault, rape, and murder rates have all increased while the state correctional population has actually decreased. Less incarceration, more crime, there’s got to be a connection there somewhere.

Meanwhile, the sight of filthy urban encampments is no longer just for lucky Denverites; urban camping is spreading to the suburbs. The Denver metro area spends $481 million a year on services for the homeless but vagrant camps keep popping up anywhere there’s a patch of grass. The city had to shut down Civic Center Park mid-summer because human feces, trash, needles, discarded food, and rats were posing a health risk to lawful park visitors. The city is now sponsoring officially sanctioned camping on public property with heated tents, free food, internet access, bathrooms, and other amenities. More free services, more urban camping, hmm there’s got to be a connection.

At least there haven’t been any job-killing shutdowns this year. The Colorado economy is improving from last year’s ill convinced and utterly ineffectual COVID policies. The unemployment rate has fallen to 5.4%. That’s good news for the state’s now empty unemployment trust fund. It didn’t help that the state paid $73 million in fraudulent unemployment benefits in 2020. Oops.

Meanwhile, inflation hit a 31 year high last month. Prices continue to climb. The price of beef has jumped 20% over last year. If it continues, Coloradans may be able to swallow the governor’s next MeatOut Day should he choose to hold such a PR disaster in an election year.

Inflation is rough on everyone. Blame rising demand, supply chain problems, labor shortages, and federal fiscal policy. Who knew dumping trillions of borrowed “free” dollars into the economy could do that? Economists, econ students, and anyone who’s read Economics for Dummies.

Fortunately, education was a drama-free zone in this contentious year. Maybe in Albania. In Colorado, academic achievement is down. Behavioral problems are up. Fortunately, masking and critical race theory have spiced up ordinarily dull school board meetings.

Speaking of spicing things up, 2021 marked an improvement in the plotline and character development of the Big Lie election conspiracy theory. Enter Mesa County Clerk Tina Peters who made an appearance at that MyPillow guy’s symposium non-event in August and leaked copies of voting machine hard drives. She’s under investigation by the FBI. At a December rally in Grand Junction in support of Peters, speakers commented on Marxists in the government, chemtrails, something about Hunter Biden and batteries, and George Soros. Every time these folks step to the podium it’s like they’re playing a conspiracy Madlib. It makes Colorado’s partisan tabloids worth reading.

So that’s my year in review. Looks like we’ve got ourselves up a pole without a ladder. In 2022 we may climb down. Nah. Nevertheless, Happy New Year!

To send a letter to the editor about this article, submit online or check out our guidelines for how to submit by email or mail.