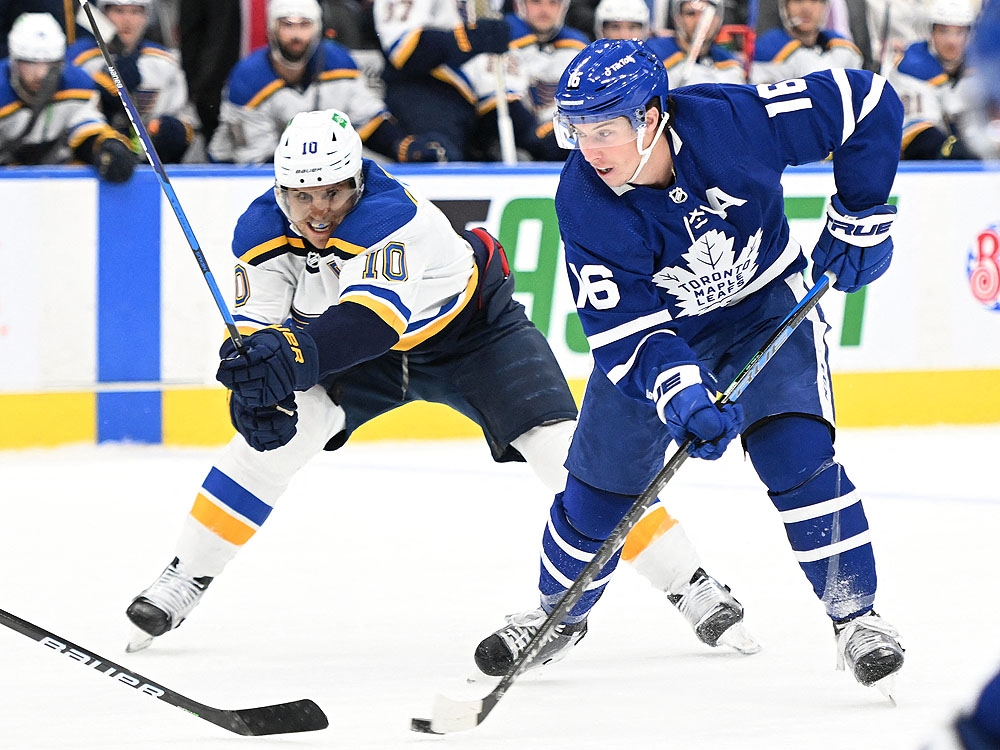 The Maple Leafs have been waiting for you.

For the first time since Dec. 11, the Leafs will play in front of a capacity crowd at Scotiabank Arena, on Wednesday night against old friends the Buffalo Sabres, as COVID-19 restrictions in the province of Ontario have been lifted.

“Everyone is extremely excited and it’s going to be nice to have a full building again,” Leafs winger Mitch Marner said.

“It’s a little bit of everything — feel, noise, it’s just nice when you see no real empty seats. When you see a lot of blue and white, it’s a great feeling. When there is a big play, hearing the noise and hearing the fans go nuts, it’s pretty rewarding.”

Marner will play in 400th game in the National Hockey League, fresh off being named the NHL’s first star for the month of February.

The 24-year-old has been consistently productive since returning from COVID protocol on Jan. 15, leading the league with 35 points. From Feb. 1 onward, Marner’s 23 points are tops in the NHL.

“It’s cool,” Marner said of the first-star recognition. “That’s pretty much it. Obviously, especially in this sport, you can’t do anything by yourself. A lot of credit to a lot of guys in this room in helping me accomplish that.”

And especially linemates Auston Matthews, who earlier was named the NHL’s first star of the week, and Michael Bunting, who has been a revelation on the top line.

More immediately for the Leafs, the goal is building off the victory in Washington on Monday, which was Toronto’s third win in a row. For the first time this season, Petr Mrazek will make consecutive starts in the Leafs net. In the Leafs’ 5-3 victory against the Capitals, Mrazek made 30 saves.

“He has earned it,” Leafs coach Sheldon Keefe said. “It’s no secret that Jack has stumbled here a bit of late and we have been talking about getting Petr more time in the net. We think the timing makes sense.”

The Leafs head into the game with 74 points, nearly double what the Sabres, with 40, have amassed. Buffalo has lost six in a row, all in regulation, and have been outscored 28-12.

The 40-year-old Craig Anderson will start in goal for Buffalo.

A Leafs win would tie them in points for first in the Atlantic Division with the Tampa Bay Lightning and would move Toronto one point past the second-place Florida Panthers. Neither Tampa nor Florida play on Wednesday.

Keefe had an intriguing view of an incident in the game in Washington, when no Leafs came to the aid of captain John Tavares, who was tossed to the ice by the Caps’ Tom Wilson during the third period.

The game was tied 3-3 at that point. Tavares soon assisted on the winning goal by Rasmus Sandin.

“It can go both ways for me,” Keefe said. “There is a symbolic part of it, where you’re staying together. But you can say whatever you want to Tom Wilson. It’s not going to change a single thing about how he plays. So, I don’t know if it’s really worth engaging it.

“If anything, you’ve got to dig in and play harder and look to get an advantage on your opponent. John competed incredibly hard the other night.”

Tavares has not scored in 13 consecutive games, his longest skid since going 17 games without a goal in 2009-10 as a rookie with the New York Islanders … The Leafs won’t have winger Ondrej Kase, who will miss his second game in a row with an undisclosed injury … Leafs winger Wayne Simmonds is two games shy of 1,000 in his NHL career. Marner: “For all the years he has played, all the roles he has played, it’s a spectacular thing for him and where he came from and the things he battled through to be where he is now. We’re super-stoked for (the milestone).” … Sabres coach Don Granato figures Matthews should be in consideration for the Selke Trophy, and with the manner in which Matthews plays an effective 200-foot game, Granato is right … The Sabres are 3-6-1 in their past 10 visits to Toronto and 2-6-2 in their past 10 against Toronto overall … The Leafs and Sabres meet two more times, including on March 13 for the outdoor game at Tim Hortons Field in Hamilton … In the only previous meeting in 2021-22 between the Leafs and Sabres, Toronto won 5-4 in Buffalo on Nov. 13 when Morgan Rielly scored the winner with 12 seconds remaining in the third period … Exterior lights at Scotiabank Arena tonight will be lit in blue and yellow, the colours of the flag of Ukraine.