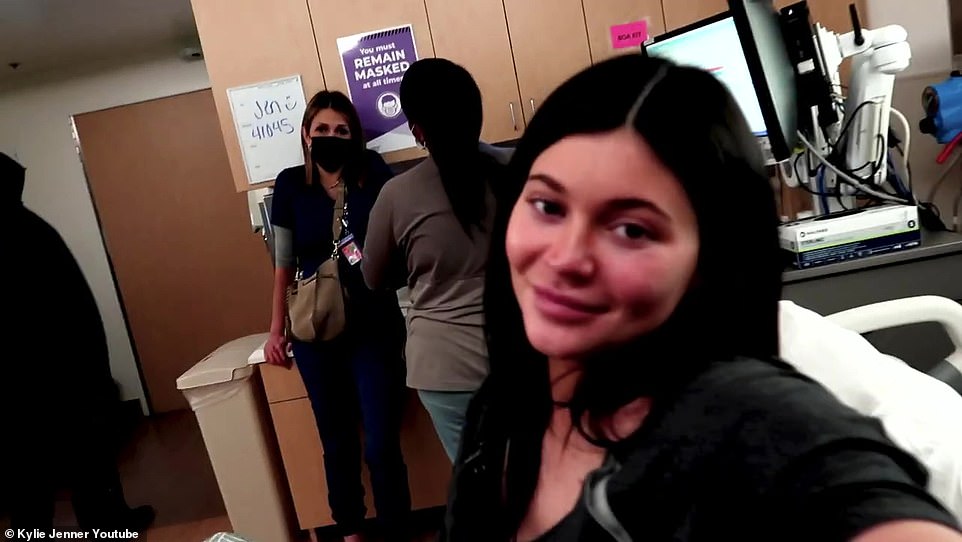 ‘Your son is here!’ Kylie Jenner shares labor room footage from birth of baby Wolf and gives peek inside her private life with Travis Scott and Stormi… after going into hiding in wake of Astroworld tragedy

Kylie Jenner has shared an emotional video documenting her second pregnancy made for her son Wolf.

Titled ‘To Our Son’ the nine-and-a-half minute clip begins with a close-up of the reality star’s pregnancy test as she breaks the news to boyfriend Travis Scott, their daughter Stormi, and momager Kris Jenner.

The candid footage ends with the reality star in labor surrounded by her family.

The Hulu reality star welcomed her second child with Scott on February 2.

The mother-of-two confirmed the news herself at the time by posting a sweet black-and-white photo featuring her new son’s tiny hand.

She noted that he was born on February 2 – just one day after Kylie celebrated her first daughter Stormi Webster’s fourth birthday.

Kylie captioned the post with his birthdate, ‘2/2/22,’ preceded with the blue heart to denote her second child’s gender.

In the emotional clip, Kylie asks Stormi if she would mind sharing a birthday with her little brother, as she reveals that his due date was initially on Stormi’s birthday. 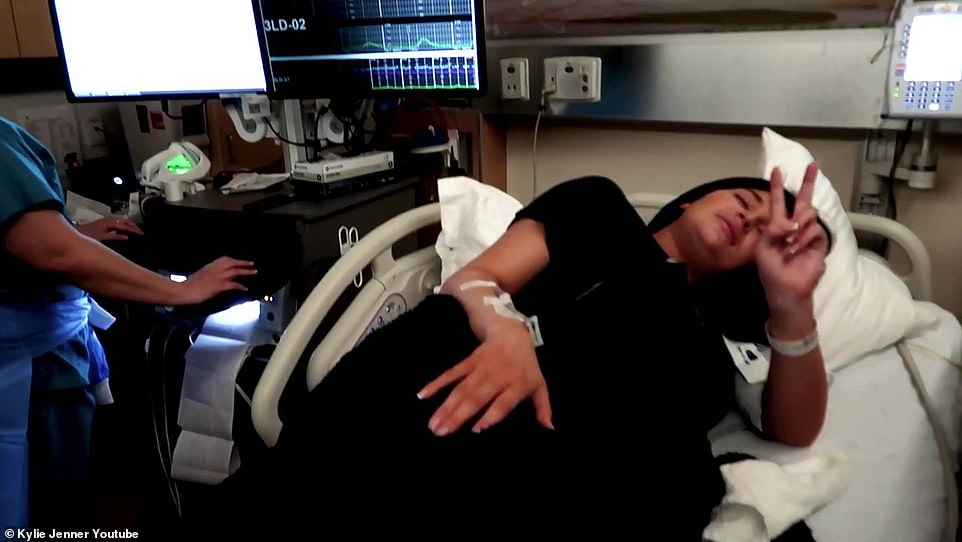 Unseen: The candid footage ends with the reality star in labor surrounded by her family 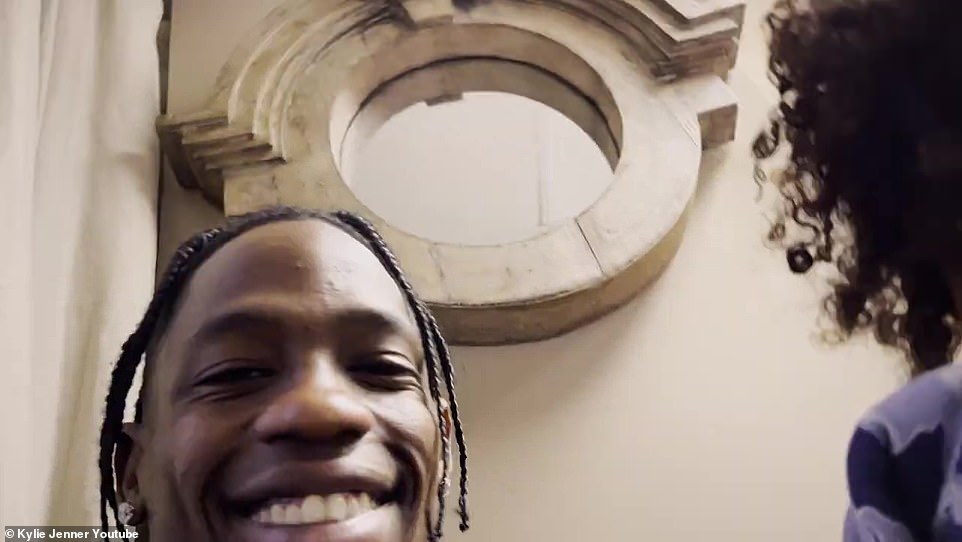 Difficult time: The reality star had gone into hiding following the tragic events of Travis Scott’s Astroworld tragedy (the rapper is pictured above) 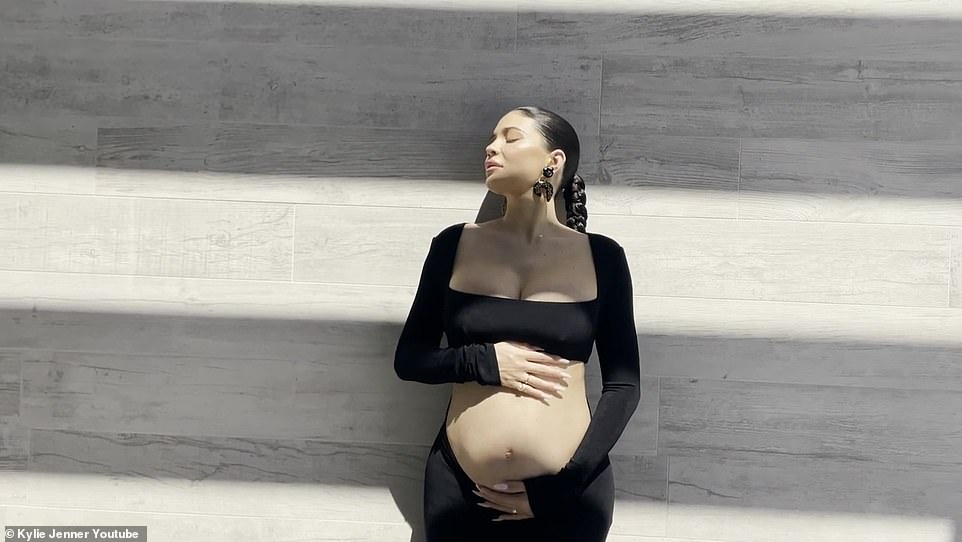 Bumping along: The video also shows a maternity fashion shoot the reality star took part in 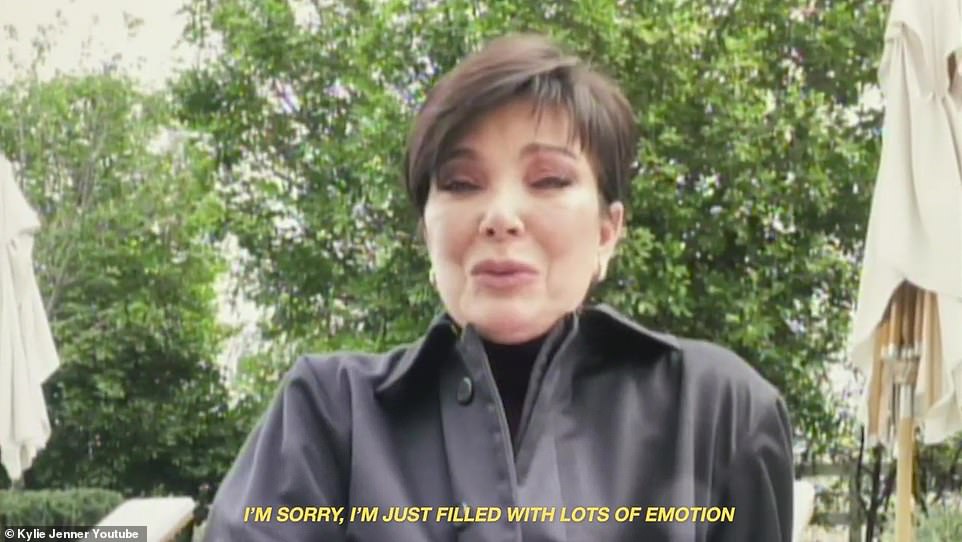 Emotions running high: Momager Kris Jenner cries in the clip when she realises she’s getting another member of the family