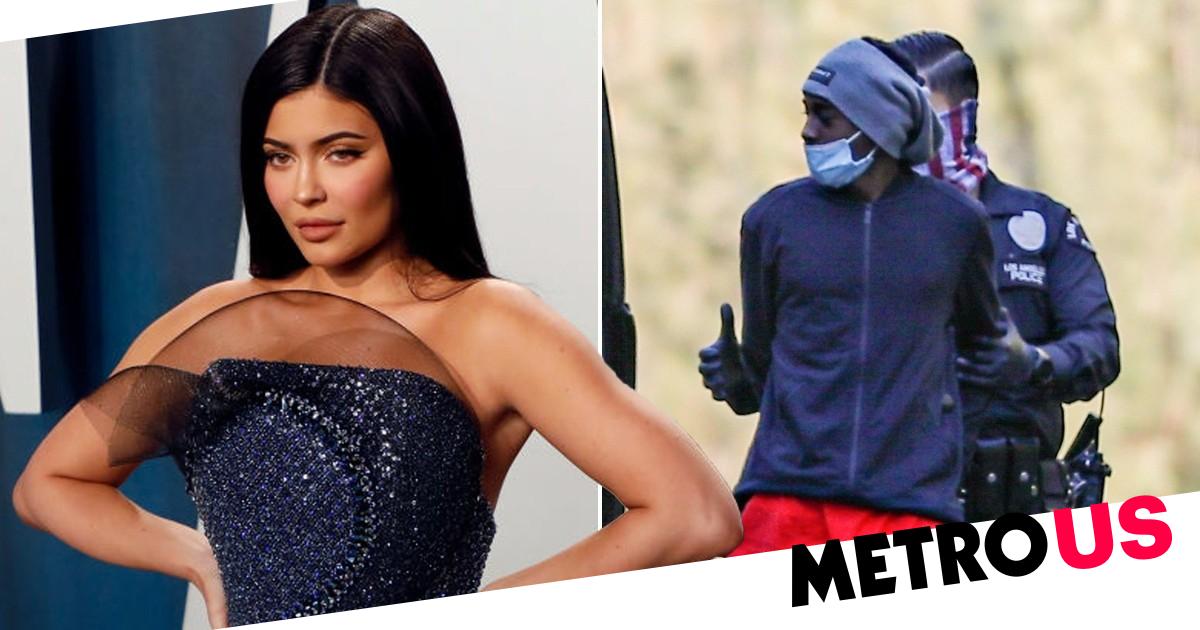 A man was arrested outside Kylie Jenner’s home in Los Angeles on Sunday after reportedly violating his restraining order.

According to reports from TMZ, Jrue Mesgan had approached Kylie’s home in the exclusive Holmby Hills area of Beverly Hills on Sunday afternoon and ‘buzzed the gate’, where a security guard phoned the police.

He is alleged to have been to the house numerous times over the last few months in a bid to see Kylie, for which he was granted a restraining order which he violated with his visit on Sunday.

Police were seen standing either side of the man, who was dressed in a tracksuit and red T-shirt, wearing a woollen hat, white trainers and a blue surgical face mask amid the ongoing coronavirus pandemic.

The man appeared to be handcuffed as he was led into the police car, with his hands behind his back in photos from the scene.

It is not the first time Kylie’s home has been targeted by fans as earlier in the month a 23-year-old man turned up with flowers and climbed over the fence to knock at her front door.

The man, who had allegedly been planning to profess his love and ask for Kylie’s hand in marriage, had actually turned up at the wrong house and was arrested for misdemeanour trespassing.

It is not known whether Kylie or her family were in the property at the time of the latest incident.