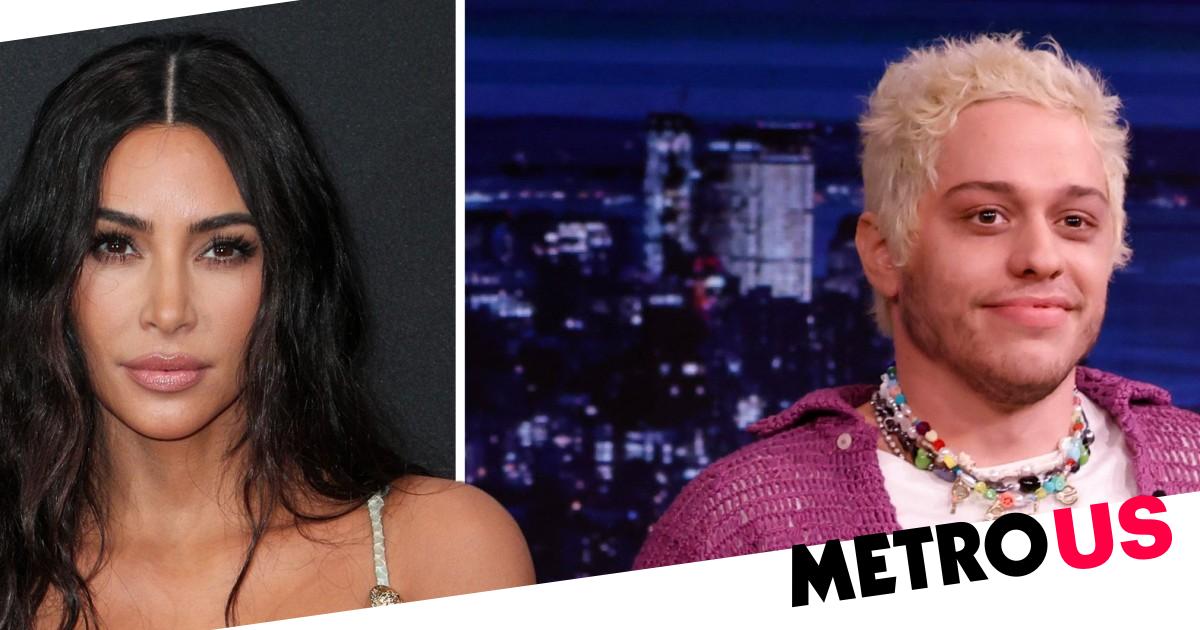 Kim Kardashian let her emoji do the talking amid her budding romance with Pete Davidson.

The Keeping Up With The Kardashians star, 41, has been linked to the Saturday Night Live comedian, 28, for the last few months, after her split from estranged husband Kanye West.

While she has yet to speak out over the rumors, the pair have been spotted holding hands on multiple date nights, and even took a trip to the Bahamas together earlier this month.

Taking to Instagram, the Skims businesswoman shared a string of bikini uploads as she lounged around on the sand, but it was her caption that got everyone talking.

Side note: Are we the only ones getting MSN status vibes from that?

Fans were quick to flood her comments, questioning whether she was referring to her new beau.

‘I see what you did there,’ another agreed, as a follower questioned: ‘🅿️ for Pete?’

‘Beach 🅿️etey,’ an Instagram user joked, as a fan said: ‘We know the 🅿️ is for Pete right?’

However, before everyone runs off to get some bunting, we’ve been reliably informed that ‘Pushing P’ is actually a term for keeping it real.

So was Kim ‘keeping it real’ at a beach party with Pete? Will we ever know the truth?

The pair were first linked following the mum-of-four’s successful hosting stint on SNL in October, and raised eyebrows as they shared a kiss in one sketch.

Things are said to be going from strength to strength for the lovebirds after her split from Ye, with an insider telling Us Weekly: ‘Kim and Pete are very in sync right now.

‘They’re very in step with each other and the relationship is easy. They’re getting closer and closer and are a really great pair.’

Meanwhile, a source added to E! News: ‘Kim and Pete are getting very serious. He has been hanging out at her house more.

‘She’s smitten and the relationship is very exciting to her.’