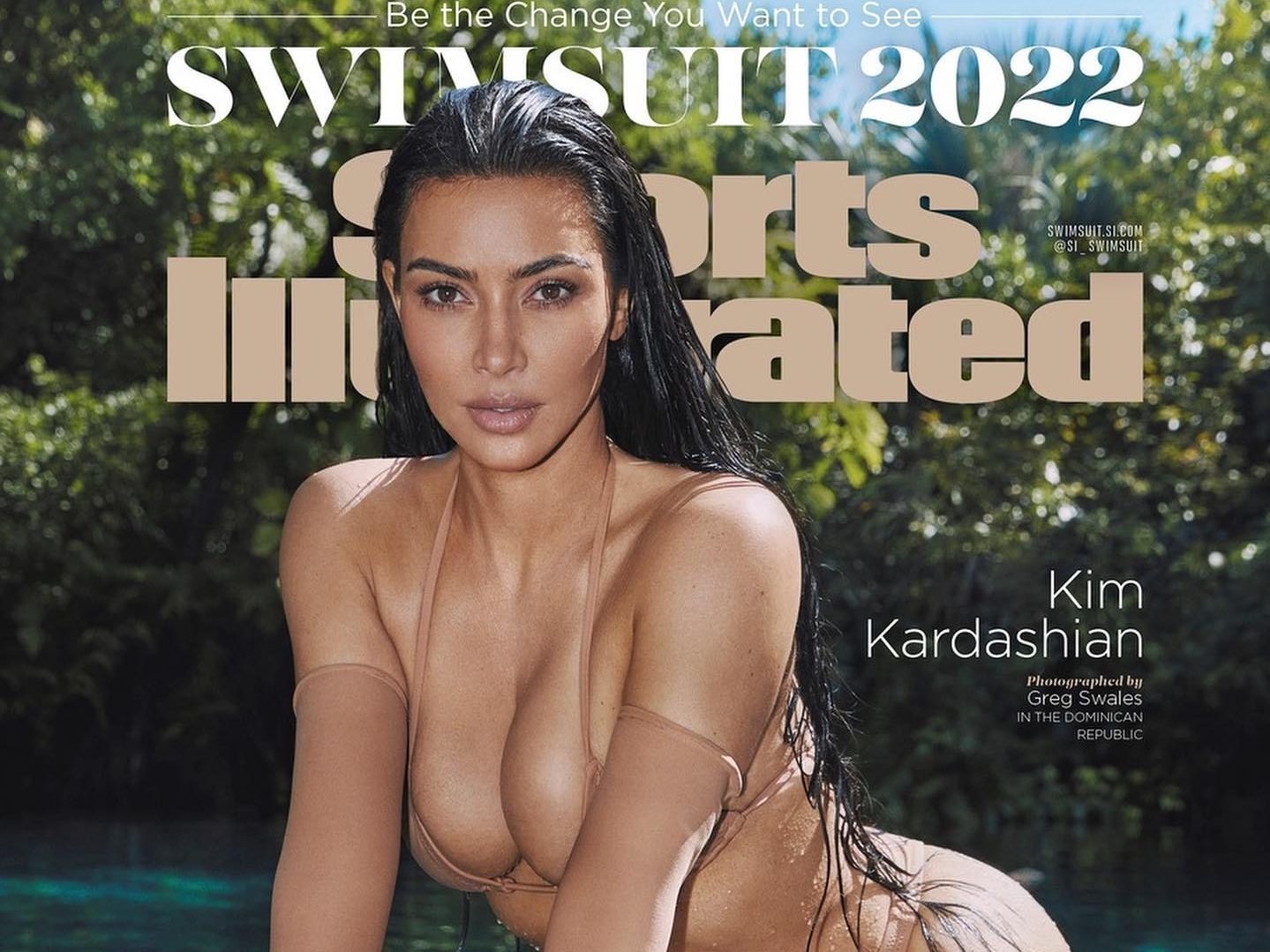 Kim Kardashian is used to covering magazines all over the world but this marks her first time showing off her assets on the Sports Illustrated Swimsuit issue.

The styling of Kardashian’s shoot was “designed to feel futuristic to match the looks Kardashian has been wearing in real life,” according to the magazine.

Along with several skimpy swimsuits, most from her own SKIMS brand, one photo shows Kardashian wearing a wet T-shirt that reads, “My lawyer can beat up your lawyer,” referencing her own aspirations to follow in her late father’s lawyer footsteps.

“It’s easy to say to just ignore the criticism, but another thing you’ll learn is that at some point it will click in your head that it’s not about you anymore,” Kardashian wrote in a letter to her younger self for the issue.

“It’s about family. It’s about helping other people. For years you’ll be putting yourself out there,” she continued.

“But you’re going to become a more private person and you’re going to come to realize that the way to get your story out there — the actual narrative, the truth — isn’t by engaging but by doing.”

The reality star will also be joined by singer Ciara, 74-year-old model and dietitian Maye Musk, and recording artist Yumi Nu, who also founded plus-size clothing line Blueki, on their own covers.

SI is breaking ground this year, featuring Katrina Scott, the first visibly pregnant model to pose for the issue, along with Kelly Hughes, whose C-section scar is displayed, and Hunter McGrady, who was photographed just six months after having her baby.

The issue hits newsstands on May 19.