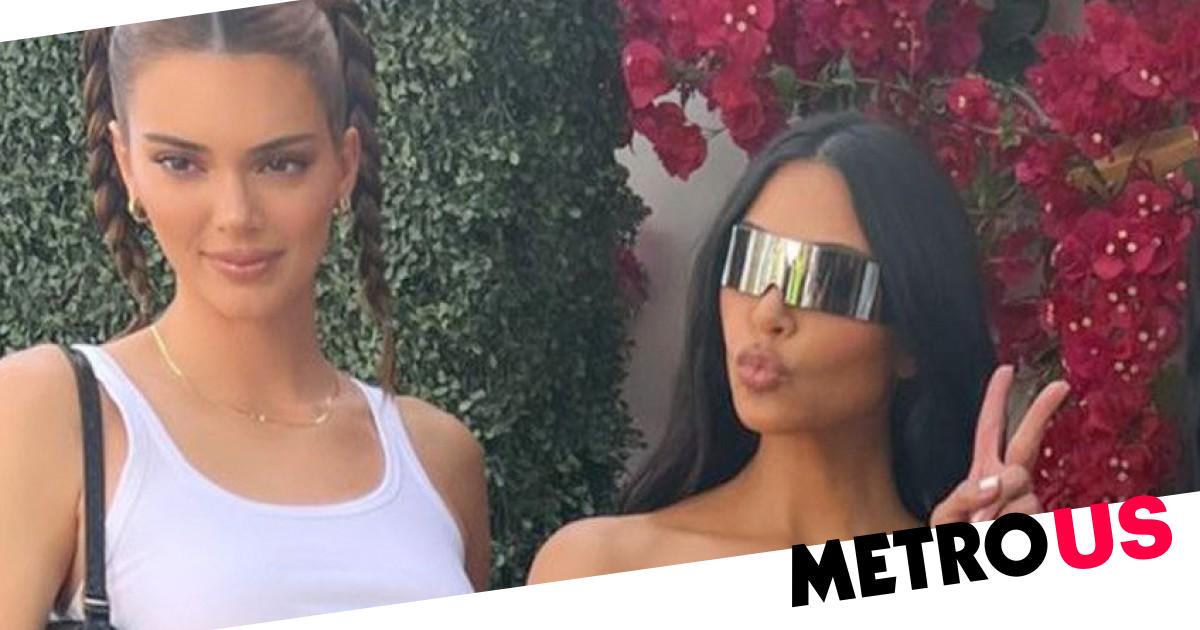 Kim Kardashian made the most of the long weekend as she partied up a storm at the Revolve festival, alongside sister Kendall Jenner.

The 41-year-old was spotted looking incredible as per usual, donning a grey crop-top and matching skirt, with a thigh-high slit for the bash.

She completed the look with very strappy heels and futuristic, chunky silver sunglasses, with a similar-style bag.

Kendall, 26, took a break from dancing away to join her sibling at the exclusive Coachella bash – with the pair snapping photos beside Revolve bosses.

The model went a little more low-key for the celebrations, opting for a plain white crop top and matching trousers, adding white sandals and a black bag.

She was on duty as she proudly shared an Instagram snap of her Drink 818 tequila brand on display at the celebrations.

Kim recently made headlines as she lifted the lid on her budding romance with Pete Davidson.

The pair were first linked at the end of last year, following her hosting stint on Saturday Night Live, and have remained close ever since.

They sent us all into meltdown when they made their relationship Instagram official just last month.

During an appearance on Live! With Kelly and Ryan, she spilled the beans on how Kete is coming along, revealing their seriously low-key Staten Island dates.

‘Staten Island is an amazing place. We had so much fun going to Staten Island,’ the mum-of-four told the hosts.

‘I wanted to check it out. We take ferry rides everywhere. It’s always been super low-key. That is the fun part of it.

‘We can just chill and be low-key, ride around and see all the fun hometown stuff and sneak in and out of places.

‘Staten Island has surprisingly been so low-key for us.’

Something tells us it won’t be ‘so low-key’ anymore…

Kim added: ‘I really didn’t know much about him before. I saw him a few times at events and stuff like that. And had conversations with him. And he always seems super nice.

‘But I just, I did not know much about him. Getting to know him, he is really, truly the nicest human being.’


MORE : Viola Davis says growing up poor gave her ‘front row seat’ to the ‘other side of life’