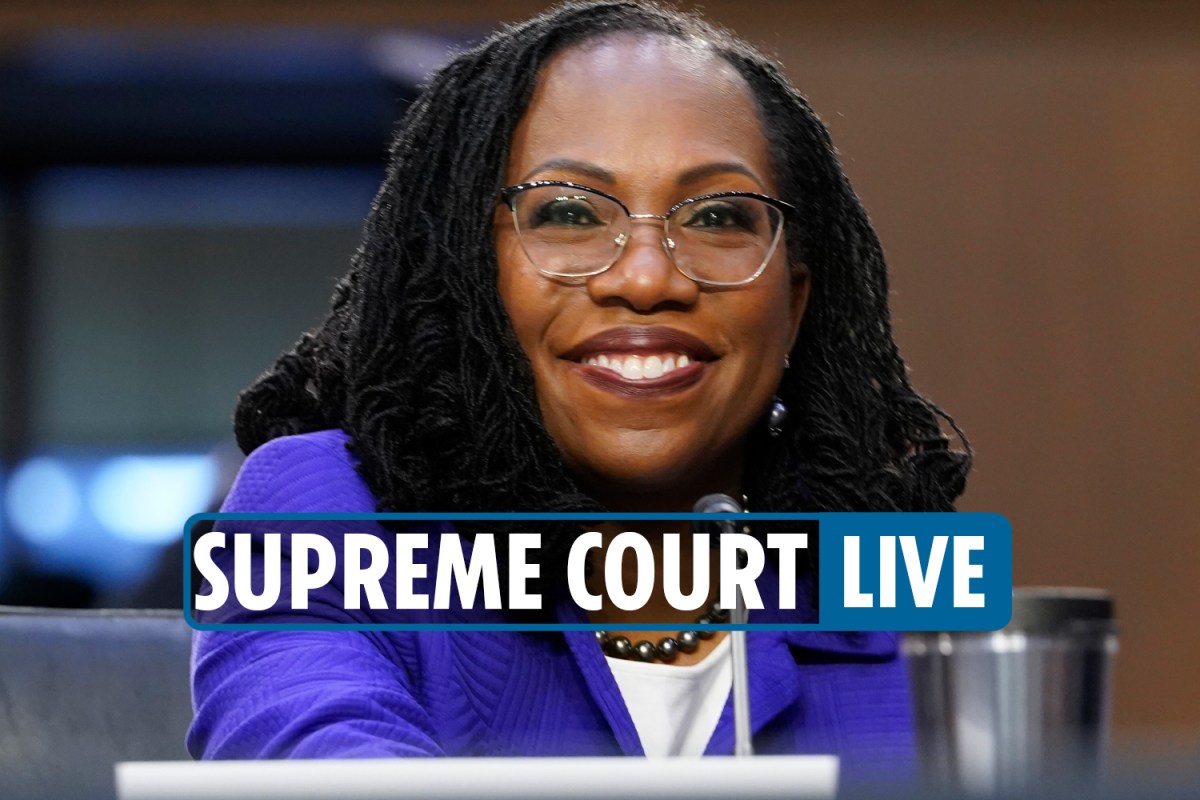 THE confirmation hearing for Supreme Court nominee Judge Ketanji Brown Jackson started Monday, and her opening remarks had many people in the room emotional — including her husband.

As Ketanji Brown Jackson gave her opening statement to the Senate Judiciary Committee, her husband and daughter could be seen sitting behind her during the proceedings.

Her husband Dr Patrick Jackson was visibly emotional and tearing up as his wife thanked God and her family for their support in her remarks.

“During this hearing, I hope that you will see how much I love our country and the Constitution and the rights that make us free,” Judge Jackson said to the committee.

Jackson was nominated by President Joe Biden, and would be the first black woman on the Supreme Court if confirmed.

But barring a significant misstep by the 51-year-old Jackson, a federal judge for the past nine years, Democrats who control the Senate by the slimmest of margins intend to wrap up her confirmation before Easter.

Jackson is expected to present an opening statement Monday afternoon, then answer questions from the committee’s 11 Democrats and 11 Republicans over the next two days.

Last year, Jackson won Senate confirmation by a 53-44 vote, with three Republicans supporting her. It’s not clear how many Republicans might vote for her this time.