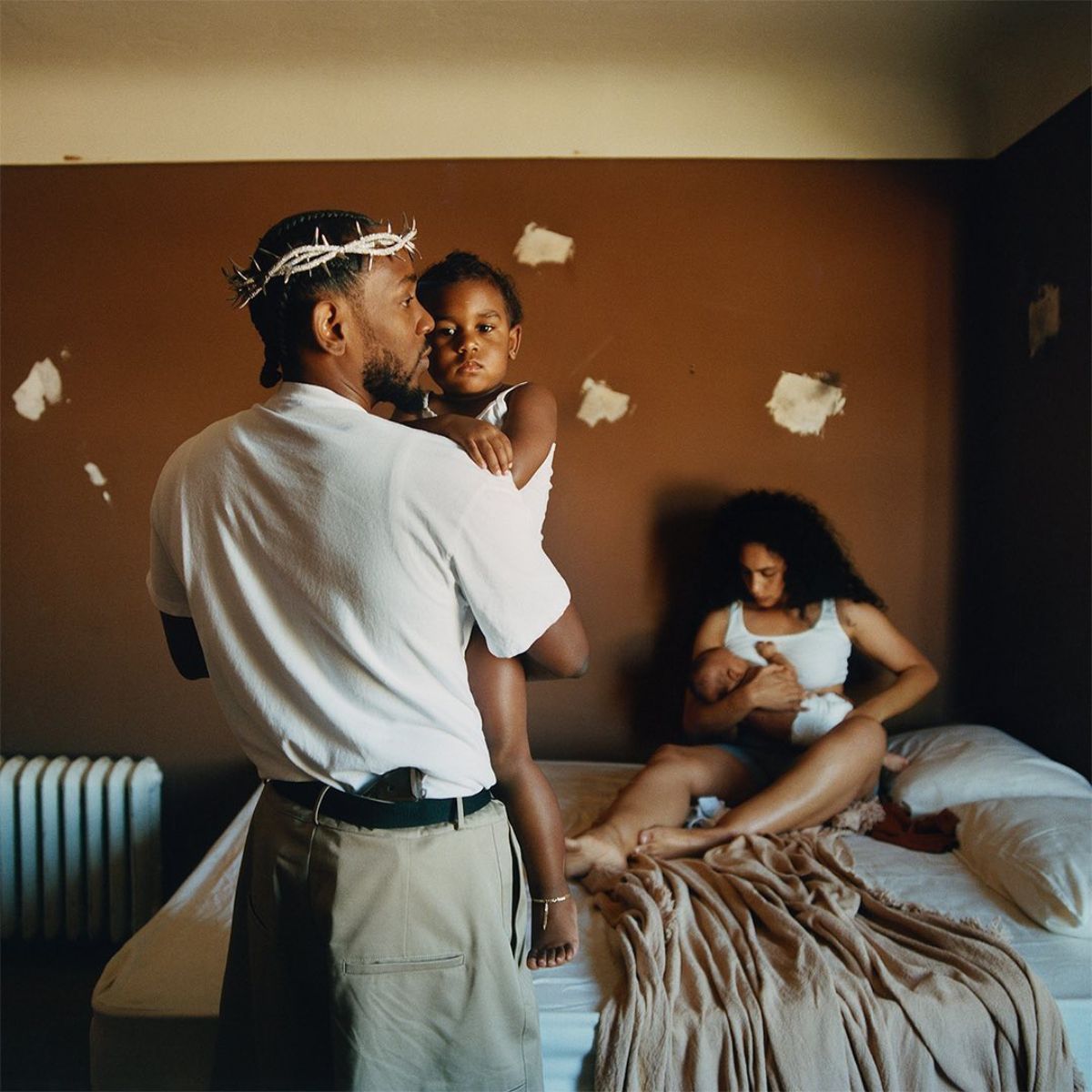 Grammy Award-winning rapper Kendrick Lamar made headlines on 26 June, as he concluded his debut performance at the Glastonbury music festival. The Pulitzer Prize winner sported a diamond-encrusted crown of thorns crafted by the famous jewellery house Tiffany & Co., which instantly stood out.

However, it is the same headpiece that the American rapper is seen wearing in the artworks of his fifth studio album Mr Morale & the Big Steppers. The jewellery brand made the headpiece along with Lamar and his creative collaborator and pgLang co-founder Dave Free. Lamar also wore it to the recent Louis Vuitton Spring/Summer 2023 show.

There is a lot that went behind making the crown of thorns. Religious symbolism, coupled with the artist’s spirit, and immense hard work makes the headgear a statement piece.

Here’s all we know about Kendrick Lamar’s Tiffany & Co. crown of thorns headpiece

Tiffany & Co. has been making iconic jewellery pieces since the 19th century. With this headpiece, the house has seamlessly blended art and representation of religious iconography. According to Vogue, Free said, “The crown is a godly representation of hood philosophies told from a digestible youthful lens.”

The headpiece is inspired by Jean Schlumberger’s iconic Thorns brooch from 1947, which features a large 47-carat sapphire surrounded by thorns.

Rustling up images from the New Testament, the crown of thorns is of religious significance. It was placed on the head of Jesus Christ before his crucifixion. For the jeweller, it represents, “artistic prowess, humility and perseverance,” says Vogue. However, for Lamar himself, the crown is an ode to the struggle of all artists who have come before him.

This headpiece took on a whole new meaning at the Glastonbury festival on the Pyramid Stage. Before performing “Savior” from Mr Morale & The Big Steppers, Lamar told the crowd that it was his favourite track from the album as it celebrates imperfection. According to the Vogue report, Lamar wore the crown to remind all, “They judge you, they judge Christ.”

These words were used as a refrain throughout the song and added a powerful message at the end, “Godspeed for women’s rights!” as he showed his support for women who were shocked by the rollback of abortion rights in the US.

The making of the crown of thorns

The crown was crafted by four Tiffany & Co. artisans over 10 months. It took 1,300 hours to set the thousands of diamonds and breathe life into the headpiece, which is assembled from 16 individual pieces.

The crown comprises over 8,000 pavé diamonds, adding to 137 carats, and was made from highly polished titanium. Featuring 50 thorns and weighing 200 grams, it took shape in Tiffany’s New York workshop and assembled in the northern region of Italy to fit Lamar. The crown of thorns also bears an engraving— ‘Mr Morale’ — in tune with Lamar’s latest album.

He added, “We are proud and incredibly excited to work with a visionary like Kendrick in realizing his vision for the crown.”

After nearly a year of planning and designing, the stunning crown was ready to be packed in the brand’s signature blue box.