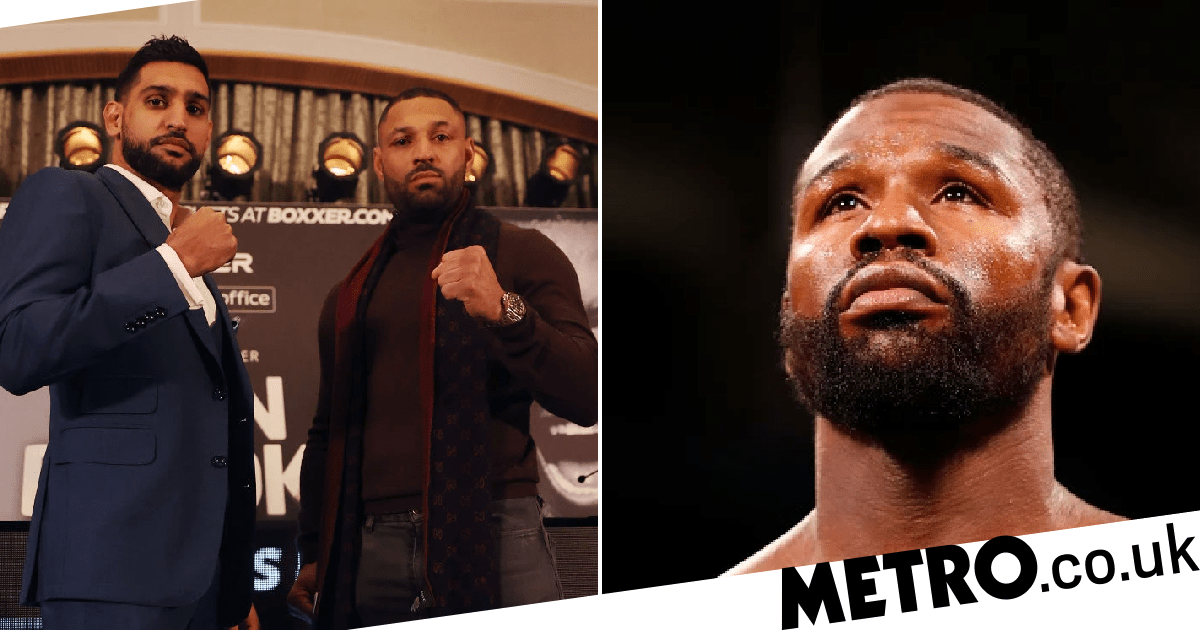 Kell Brook has claimed that Floyd Mayweather Jr is interested in fighting the winner of his grudge match with Amir Khan.

Khan and Brook will finally square off next month to settle a bitter rivalry that has raged for almost a decade.

At 35, both men have entered the final years of sensational careers that have seen them fight on the biggest stages and for world honours.

Defeat for either man could leave them facing retirement from boxing.

But Brook has played down talk of hanging up his gloves, suggesting five-weight world champion Mayweather is keen on fighting the winner, also naming rising welterweight Conor Benn as a next possible opponent.

‘I think a lot of people want me to say I’m going to retire and what’s happening after.’ Brook iFL TV.

‘My mojo is back sat here right now speaking with you. I still feel young, I still feel fresh. I fell good. But obviously this fight is on my mind.

‘A fighter, many fighters with experience in this game overlook fighters and to look for next fights after what’s in front of them.

‘I’m just focused on Khan for this fight. Am I going to retire? Let’s see how I feel.’

Brook won the IBF welterweight title win a memorable victory over Shawn Porter in 2014 and briefly ruled the 147lbs division alongside Mayweather, who held the division’s other three major titles.

A meeting between the two never happened however with Mayweather retiring from the sport in September 2015. Brook went onto lose his title to Errol Spence Jr in 2017.

Khan meanwhile campaigned heavily for a bout against Mayweather after moving up to the welterweight division in 2014.

That bout also failed to materialise however with Mayweather snubbing a fight with the Briton to fight Marcos Maidana.

Now 44, Mayweather is fighting in exhibition bouts and appears set to meet YouTuber Money Kicks in Dubai this year.


MORE : Amir Khan reveals he is battling through injuries as he prepares for Kell Brook showdown