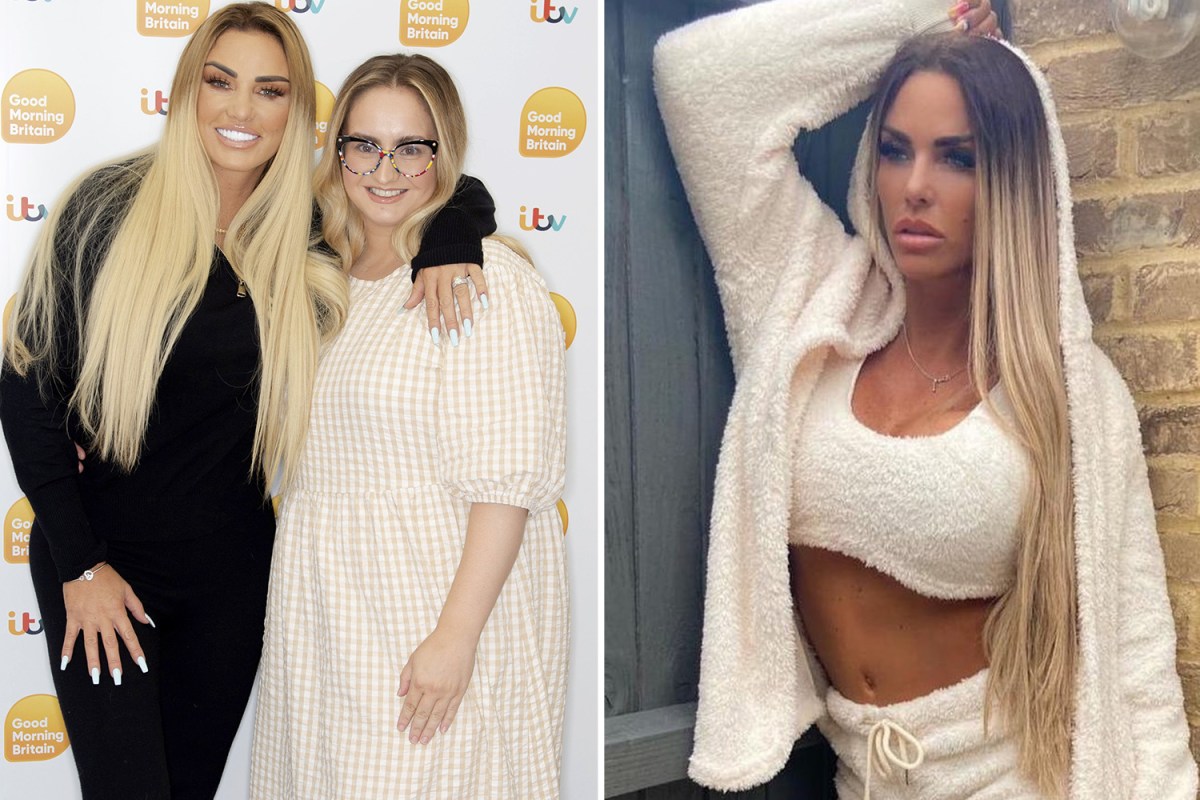 Katie, 43, and her younger sister Sophie, 31, had planned to officially launch Little Pricey Clothing two months ago but the event has been repeatedly called off.

The Sun Online has contacted Katie’s representative for comment.

Katie and her rarely-seen sister Sophie had originally planned to launch Little Pricey Clothing in September.

The siblings even appeared on Good Morning Britain to talk about the range.

Katie said: “Although [Sophie] is private, we are doing a business together.”

But before the sisters were due to officially launch the collection, Katie crashed her BMW.

The launch was immediately cancelled and the star later pleaded guilty to driving while disqualified and without third party insurance.

Katie is due to be sentenced next month but, in the meantime, was ordered by a judge to receive treatment in rehab.

The star completed a stint in The Priory and then planned to launch Little Pricey Clothing with Sophie on November 19.

However, after jetting off to Las Vegas with her fiancé Carl Woods, the event was once again cancelled with just a few days notice.

A representative told The Sun on November 10: “The launch has now been cancelled – we’ll be in touch at a later date.

“Apologies for the inconvenience.”

Neither Katie or Sophie have mentioned Little Pricey Clothing on their own Instagram accounts after the business profile vanished from the site.

Do you have a story for The Sun Showbiz team?