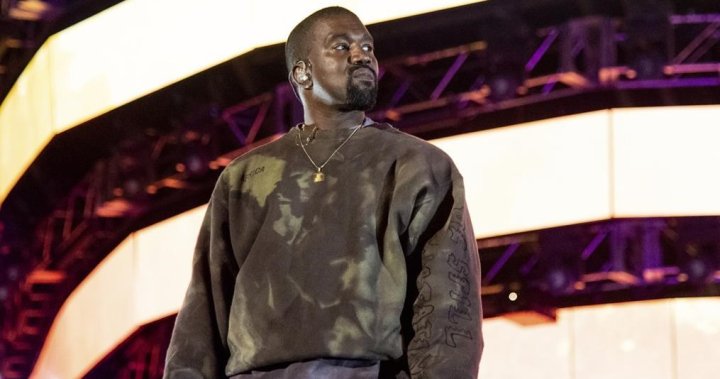 Kanye West‘s saga following the end of his marriage to Kim Kardashian continues.

West, now known as Ye, has been barred from performing at this year’s Grammy Awards because of his recent “concerning online behaviour,” a rep for the rapper told Variety. They confirmed that West’s team received a phone call Friday evening with the news that the artist would be pulled from the lineup of performers.

West wasn’t part of the first round of Grammy performers to be announced last week, but it’s not surprising that he may have been a planned performer.

West is no stranger to the Grammy Awards; throughout his long musical career, the artist has racked up 22 Grammy Awards from 75 nominations. He is up for five Grammys this year for his album Donda.

The Recording Academy, which presents the Grammys, has not yet commented on the situation.

This decision comes on the heels of an online spat between West and Grammy host Trevor Noah. The rapper and fashion designer was handed a 24-hour suspension from Instagram after calling The Daily Show host a racial slur.

Noah did a segment on The Daily Show Tuesday night about the ongoing harassment Kardashian has faced from her former husband throughout their divorce proceedings.

“What she’s going through is terrifying to watch,” he said. “What we’re seeing is one of the most powerful, one of the richest women in the world, unable to get her ex to stop texting her, to stop chasing after her, to stop harassing her.”

West has posted private messages between him and Kardashian, and attempted to weave a narrative about him being barred from seeing their children.

In response to Noah’s criticism, West posted a screenshot of The Daily Show host to Instagram and re-wrote the lyrics of the peaceful song Kumbaya to include a racial slur.

Noah commented on the now-deleted post that the rapper’s music has been an “indelible part of (his) life.” He added, “it breaks my heart to see you like this.”

Multiple reports have suggested that the rapper was pulled from the Grammys performance lineup because of concerns about West and the forthcoming Grammy host interacting.


Whether that rationale factored into the Recording Academy’s decision remains to be seen — but a source close to Noah told CNN that he did not play a role in West being dropped from the lineup.

On Sunday, Noah took to Twitter to urge empathy in the midst of the situation.

The rapper The Game, who collaborated with West on the song Eazy — the music videos for the song depicting violence against Pete Davidson, Kardashian’s new boyfriend — posted his support for West on Instagram.

He wrote, “Time & time again they show us that they only want to STEAL the culture, not allow you to ever be their equals.” He called the decision to pull West an example of the “continuous disrespect” shown towards Black artists.