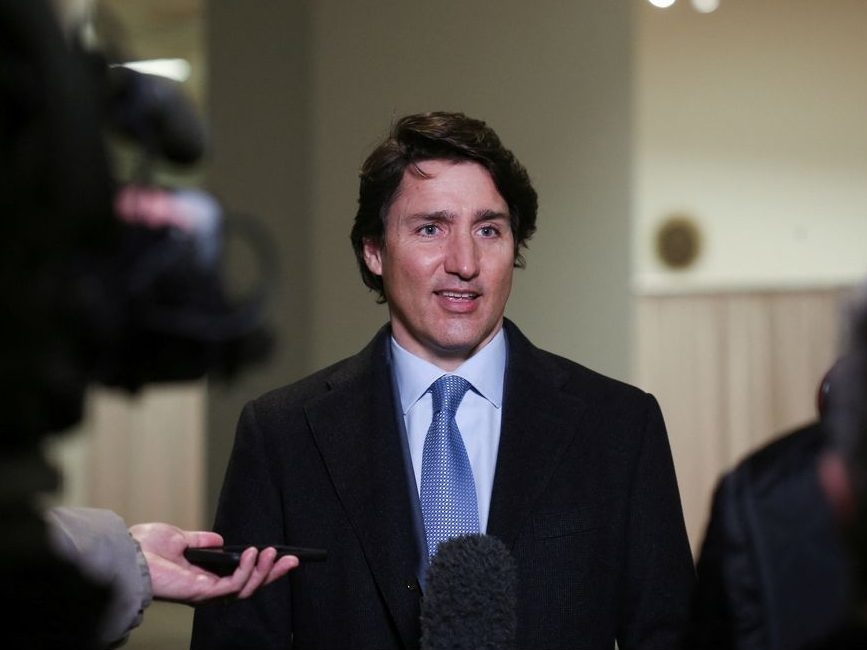 KYIV — Prime Minister Justin Trudeau made an unannounced visit on Sunday to the Ukrainian town of Irpin, which was retaken from Russian troops in late March after fierce fighting, the town’s mayor said on Telegram.

“I’ve just had an honour to meet with the Prime Minister of Canada Justin Trudeau, who came to Irpin to see with his own eyes all the horror which Russian occupiers have caused to our town,” Oleksandr Markushyn said on his Telegram channel.

He posted a picture showing Trudeau standing on a street with destroyed and burned apartment buildings in the background.

The Russian military occupied Irpin following Moscow’s Feb. 24 invasion but Ukrainian forces seized back control. The town has been one of the hotspots of fighting near the capital Kyiv.

Canada, like other Western nations, has imposed broad economic sanctions on Russia and sent military and humanitarian aid to Ukraine.

Trudeau’s Liberal government has also created a special scheme for Ukrainians and their families to apply for a temporary resident visa.