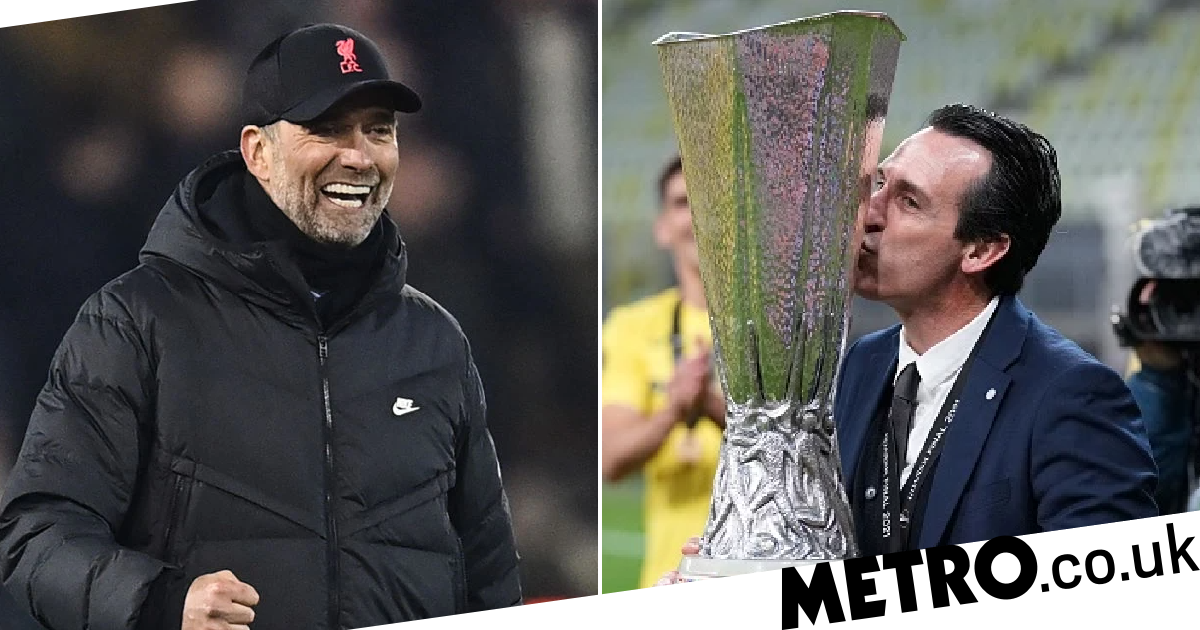 Jurgen Klopp has hailed Unai Emery as ‘the king of the cups’ ahead of Liverpool’s Champions League semi-final showdown with Villarreal.

The Spanish side booked their place in the final four of the competition after beating Bayern Munich over two legs having also dumped Juventus out in the previous round.

Emery also led the club to Europa League success last season, beating Manchester United on penalties in the final to win that competition for a fourth time as a manager, having also led Arsenal to a final in 2019.

Klopp, whose side beat Benfica 6-4 on aggregate to book their place in the semi-finals, praised Emery on Wednesday night, praising the ‘unbelievable’ job the Spaniard has done at Villarreal.

‘If I could do an analysis of Villarreal right now that would be very strange,’ Klopp told BT Sport.

‘I saw the results, the game was very impressive.

‘I only picked up pieces but to beat Juventus and Bayern Munich they deserve to be in the Champions League semi-finals.

‘Unai Emery is the king of the cups, it is unbelievable what he is doing. But give me a bit of time to prepare it properly.’

Liverpool remain in the hunt for the quadruple and take on Manchester City in their FA Cup semi-final on Saturday.