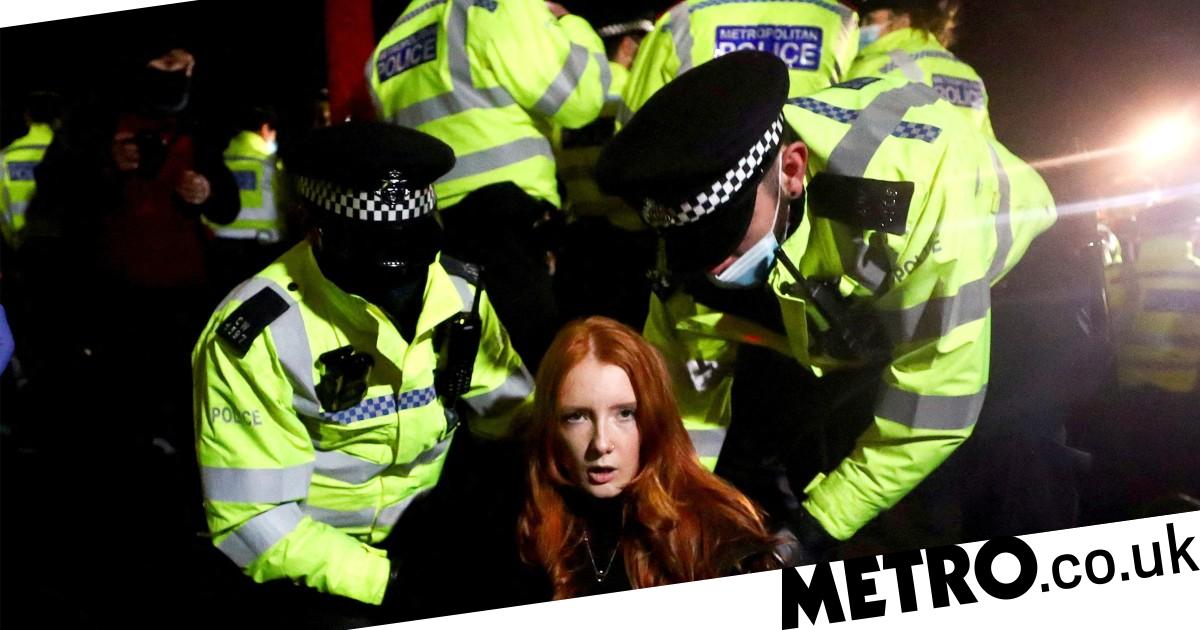 The Metropolitan Police has lost its bid to appeal a High Court ruling against its handling of a planned vigil for Sarah Everard in the wake of her murder.

The force had sought to overturn the decision that it breached the organisers’ rights by threatening them with £10,000 fines and prosecution for Covid breaches.

Judges refused their request as ‘none of the grounds of appeal has a reasonable chance of success, and there is no other compelling reason for an appeal to be heard’.

Lord Justice Warby and Justice Holgate also blasted the Met for putting forward a ‘selective and misleading analysis’ of its ruling and said it had not put forward ‘any clear or tenable argument’ against it.

The case was brought by four members of Reclaim These Streets, who were forced to cancel their carefully coordinated, socially distanced vigil due to the force’s threats.

Alarming scenes emerged when hundreds of protesters arrived at Clapham Common, in south London, regardless, with some arrested and pinned to the ground.

Following the decision, Anna Birley of Reclaim These Streets told Metro.co.uk: ‘I’m so pleased that the courts agree with us that the police’s application to appeal was totally hopeless.

‘The judgement was very clear that the way the police treated us last March was wrong and it’s astonishing that they thought they’d get a different response by digging in their heels.

‘Now, instead of wasting public money on a pointless battle against women’s rights to protest I hope they’ll invest in measures to tackle misogyny and male violence.’

Got a story? Get in touch with our news team by emailing us at webnews@metro.co.uk. Or you can submit your videos and pictures here.