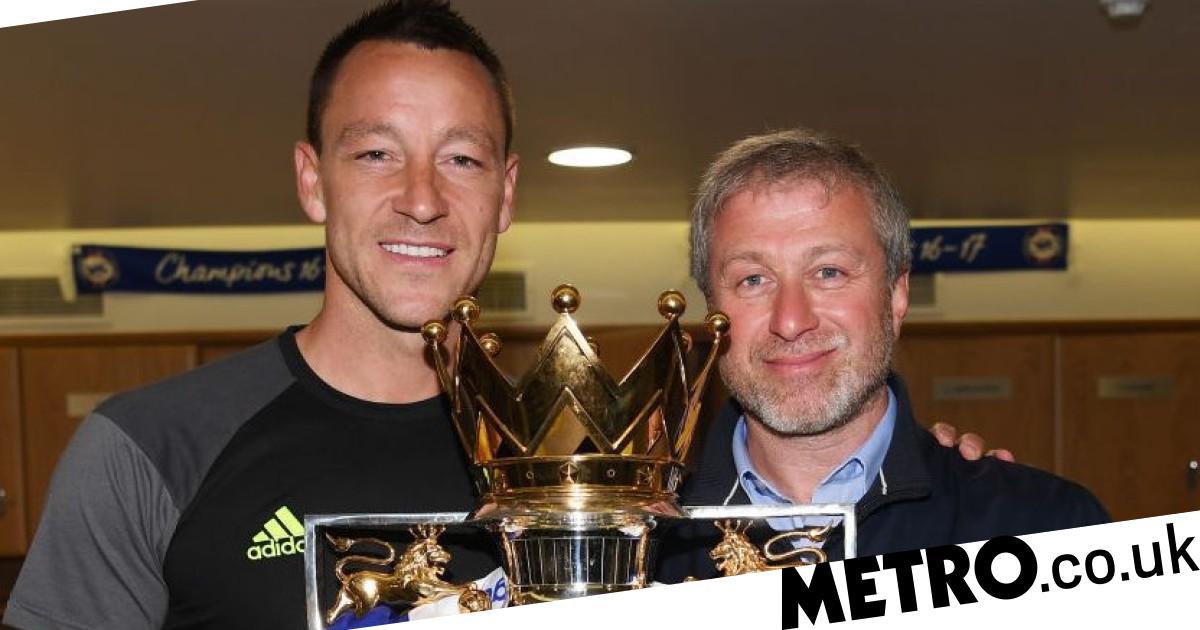 Abramovich has confirmed that he is selling Chelsea, claiming that the decision ‘is in best interest of the club’.

The Russian billionaire has faced multiple calls to have his assets seized by the UK Government, with Labour leader Sir Keir Starmer asking Boris Johnson on Wednesday why he has not yet imposed sanctions on the 55-year-old.

Since Abramovich bought Chelsea for £140 million in 2003, the club have won 19 major trophies, the most recent of which came in the Club World Cup last month.

Terry was Chelsea’s captain for the majority of Abramovich’s time at Stamford Bridge and following the Russian’s announcement, the 41-year-old posted a photo of them together with the Premier League trophy along with the caption: ‘The best.’

In response to Terry’s message, Bryant wrote on Twitter: ‘This is appalling.

‘I think @JohnTerry26 you should take this down ASAP. The people of Ukraine are being bombed, shelled and murdered while you celebrate Abramovich.’

Speaking in the House of Commons on Thursday, Bryant once again questioned why the UK Government has not seized Abramovich’s assets.

‘Some of us are anxious about why we’re not going further on the sanctioning of individuals,’ Bryant said.

‘It’s a mystery to me why Roman Abramovich has not yet been sanctioned. The Government itself knows he’s been engaged in illicit activity and he’s a person of concern to the Government, which is why they’ve not been encouraging him to come to the UK.

‘I don’t know why the UK has not yet seized a single yacht, or a flat, or a property of any kind, whilst over countries in Europe are able to do that.

‘Finally, I wonder whether she [Conservative MP Nadine Dorries] would condemn John Terry today. I don’t know whether she’s seen this, but he has posted today a photo of himself with Roman Abramovich, who is one of Putin’s cronies, what will the people of Ukraine think of the former England football captain?’

Dorries, who is The Secretary of State for Digital, Culture, Media and Sport, did not reference Terry’s message in her reply but said: ‘I agree with much of what he [Bryant] says.

‘He knows that I’m limited in what I’m able to do in my department, I cannot mention names, and I hope that we will see the Foreign Office come forward with the sanctions that he’s looking for.’

In his statement on Wednesday night, Abramovich said of his decision to sell Chelsea: ‘I have always taken decisions with the club’s best interest at heart.

‘In the current situation, I have therefore taken the decision to sell the club … I will not be asking for any loans to be repaid.

‘I have instructed my team to set up a charitable foundation where all net proceeds from the sale will be donated.

‘The foundation will be for the benefit of all victims of the war in Ukraine. This includes providing critical funds towards the urgent and immediate needs of victims, as well as supporting the long-term work of recovery.’