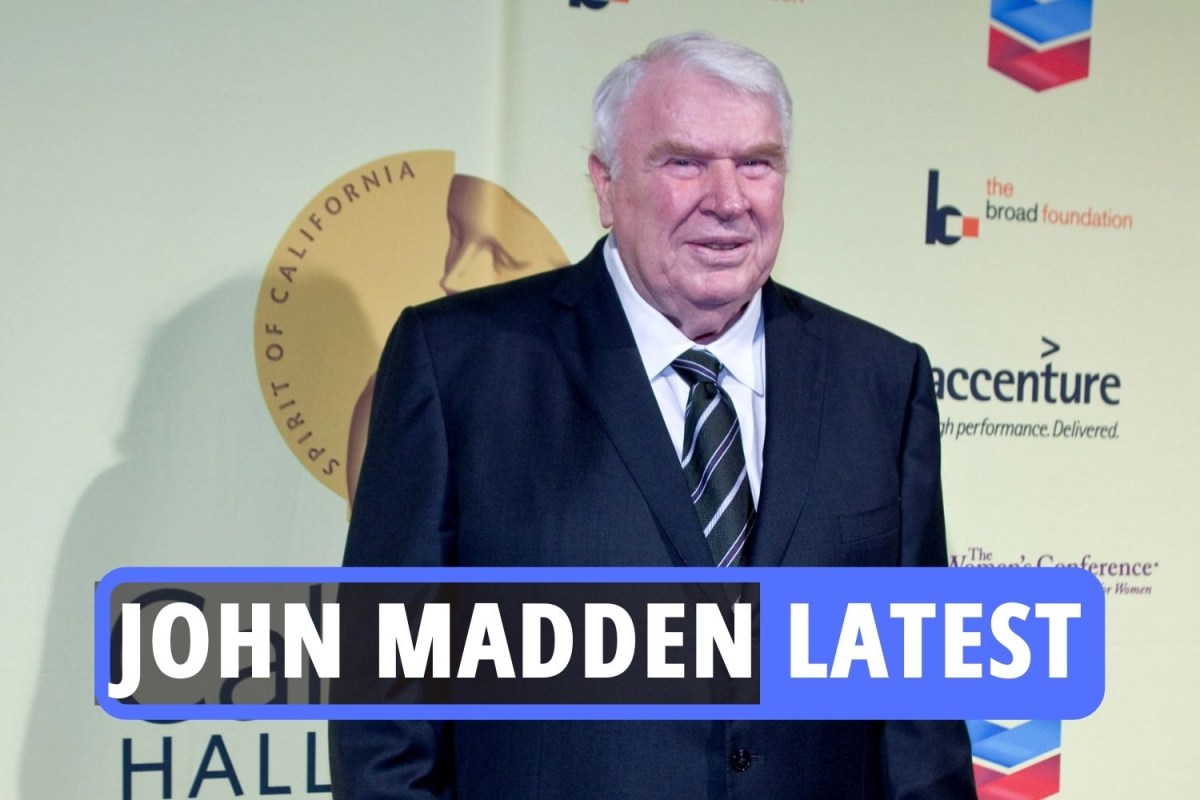 JOHN Madden is being honored on Sunday night football, as NFL stars pay tribute to the icon after he passed away at 85.

Fellow broadcasters honored the football legend by wearing custom jackets with an “All-Madden” path above the heart, per USA Today, and the NFL logo on the screen featured Madden’s silhouette.

Madden had watched a documentary about himself with his family just days before his death.

He watched the FOX Sports documentary “All Madden” with his family and friends over Christmas, director Joel Santos told USA Today Sports.

“John asked to see it,” Santos told the outlet during a joint interview with fellow director Tom Rinaldi on Wednesday. “It was our wish to make it a gift for him and his family on Christmas Day.”

Plus, the Las Vegas Raiders released a statement after the NFL coach passed away on Tuesday, December 28 at the age of 85. “The Raiders Family is deeply saddened by the passing of the legendary John Madden,” the team, now based in Las Vegas after decades in Oakland, said.

“Few individuals meant as much to the growth and popularity of professional football as Coach Madden, whose impact on the game both on and off the field was immeasurable.”

The NFL also released an emotional statement about Madden but did not release a cause of death.

Madden became the youngest head coach in pro football when he was hired to coach the Raiders, leading them to victory against the Minnesota Vikings in Super Bowl XI and finishing his career with a 103-32-7 record.

Read our John Madden live blog for the latest updates…