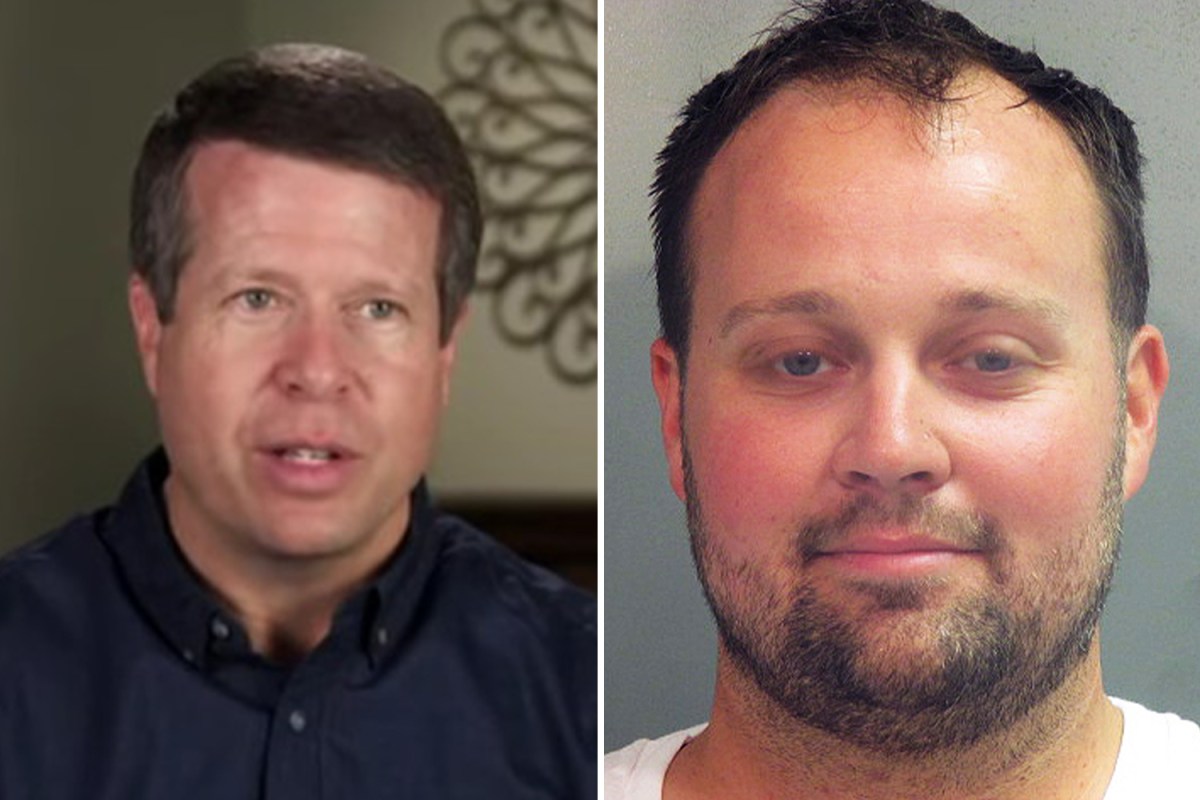 JOSH Duggar’s upcoming trial on child pornography charges is shaping up to be family affair, after prosecution lawyers revealed they plan to call dad Jim Bob to the stand.

At a pre-trial hearing in federal court on Thursday, the prosecution said Jim Bob is one of their proposed witnesses.

Josh, 33, was charged in April with two counts of downloading and possessing child pornography.

This morning, Josh and wife Anna, 33, walked hand in hand as they headed into the courtroom.

Josh wore a navy suit, while Anna sported a long sleeve black dress. The couple appeared to attend the hearing without their kids.

According to the outlet, Judge Timothy L. Brooks discussed a “walkthrough of elements and components of the trial” in Josh’s upcoming case during the meeting.

The Arkansas judge decided it’s necessary to have an evidentiary hearing before jury selection for the trial, which begins later this month.

Jim Bob’s involvement could put a cloud over his run for Arkansas State Senate, but the Counting On alum promises he won’t “shrink away” from politics despite his “family problems.”

Now, the father of 19 revealed he won’t be backing down or staying silent in his fight for the seat and will be pushing through “crises” his family’s dealing with.

In his new blog post, Jim Bob slammed “cancel culture” after his son Josh‘s arrest and said he refuses to let it stop him.

He wrote: “Like so many other families, we too have faced crises, difficulties, and heartbreak.”

“…They say because our family has faced problems we should shrink away—this is why they are often so relentlessly unkind, but we cannot sit on the sidelines during a time when one of America’s most important battles is taking place.

“We are devoted to doing our part and making a difference for our children and grandchildren.”

Jim Bob and Michelle Duggar’s oldest son has pleaded not guilty to the charges.

The recent arrest is not the first time Josh has found himself in hot water.

Back in 2015, the Duggars’ original show 19 Kids & Counting was canceled after it emerged that Josh had molested five underage girls when he was a teenager.

Anna and the Duggar family stood by Josh through his shocking scandal.

Last month, The Sun exclusively revealed that the father of seven will be ordered to provide an alibi and witnesses in order to support his defense.

The Sun exclusively reported an Arkansas judge sided with Josh and banned the confession from the upcoming trial.

In 2015, Josh released in a statement: “I have been the biggest hypocrite ever. While espousing faith and family values, I have secretly over the last several years been viewing pornography on the internet and this has become an addiction.”

Court papers obtained by The Sun read that the Government planned to use the statement at trial because it allegedly “tends to show his motive, intent, knowledge, or plan to commit the crimes charged.”

Earlier this week, Anna revealed she had given birth to the couple’s seventh child.

She had announced her pregnancy just days before Josh’s arrest on April 23.

The mother shared the news of her most recent birth in social media post, revealing that their daughter was born on October 23.

Anna also re-shared the image to her Instagram Stories, where she revealed that the baby- named Madyson Lily- was born at 2:39 am and weighed seven pounds and nine ounces.