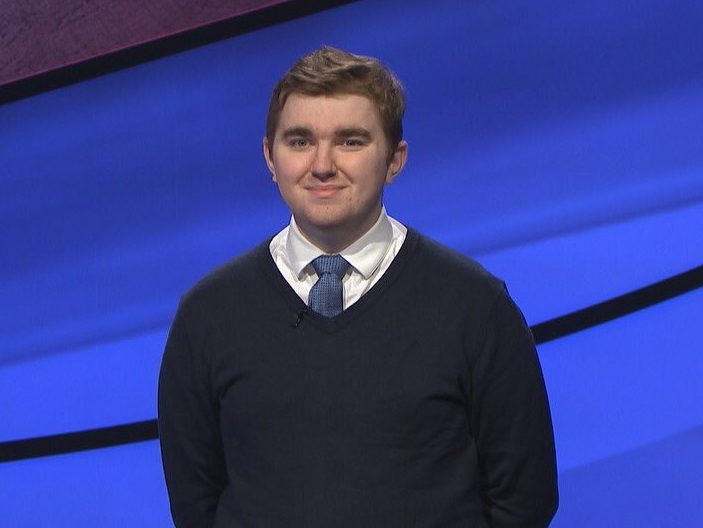 The parents of Jeopardy! phenom Brayden Smith are suing a Las Vegas-area hospital after their son died following an operation in February 2021 .

Brayden’s parents are accusing its staff of negligent medical malpractice.

“This case is not just about death — Brayden suffered before he died because the hospital, its nurses, and the home health nurse failed to teach and take care of this young man with a new ostomy,” the parents’ attorney, Robert Murdock, said in a statement.

During his five-game winning streak, which was taped in October 2020 shortly before Alex Trebek passed away from pancreatic cancer, Brayden earned the nickname “Billy Buzz Saw” and was known as the longtime host’s “last great champion.”

Admitted into hospital in January 2021, Brayden underwent a colectomy — a colon removal procedure — after he was stricken with ulcerative colitis, an inflammatory bowel disease.

According to FOX News , weeks later, he endured complications and was re-hospitalized after suffering a collapse. His cause of death was ultimately attributed to blood clots in his lungs.

In their lawsuit, Brayden’s parents accuse hospital staff of not providing anticoagulants to him after his surgery and failing to meet medical standards of care.

“His death was preordained by the misconduct of doctors and nurses,” the lawsuit states, according to CBS News . “None of this had to be.”

An online obituary noted that Brayden, who pocketed over $115,000 during his time on the show, had hoped to attend law school and become an attorney for the U.S. government.

Following his death, former executive producer Mike Richards told Entertainment Weekly that the young champion was a favourite of Trebek’s before his death in November 2020.

“He did, I believe, really like Brayden, because he was young and kind of interesting, and funny in his own way,” Richards said. “I could tell that (Trebek) very much enjoyed that young man, and that was fun to watch. I think that energized him. It was like, ‘That’s why I’m here. That’s why I’m putting myself through this.’”

“I just wanted to stay there as long as possible,” Brayden said in a video released by Jeopardy! last January. He also revealed that he had hoped to appear as a contestant on the show’s Tournament of Champions.

“These people are my trivia idols, and to know that I’m going to be on the same metaphorical and literal stage that they were on is really something special.”

His experience on the show, Brayden added, was “so much better than anything I could have imagined.”

“It’s a great feeling to be around smart, nice, warm people,” he said. “To finally be onstage with someone that I’ve seen five-nights-a-week, every week, for over a decade, was really a dream come true.”