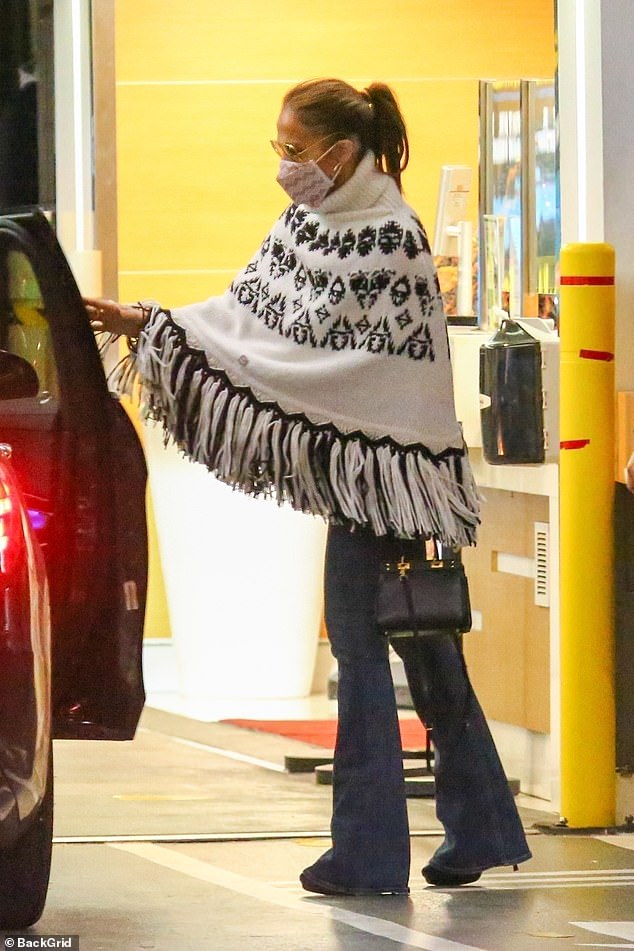 Jennifer Lopez is keeping herself busy with her beau Ben Affleck

The couple were spotted out together on Sunday as it was revealed that her latest film, The Mother, has been put on pause in Spain due to a coronavirus outbreak.

Carrying on regardless, JLo, 52, wrapped herself up in a white poncho and rocked a pair of flared jeans, while Ben, 49, looked suave in a navy shirt and matching dark jeans and jacket as they ventured out.

On pause: Jennifer Lopez keeps busy with beau Ben Affleck in LA on Sunday… after outbreak of COVID-19 pauses production on her latest movie The Mother in Spain

The Mother, which is set to be released later this year, had been filming in Vancouver, British Columbia, before production recently moved to Gran Canaria near the Canary Islands.

PEOPLE magazine confirmed that filming overseas had been halted ‘due to positive coronavirus cases associated with the production team.’

Lopez reportedly flew into town last week and had been isolated while awaiting shooting, only to leave on a private plane back to the US just yesterday, according to Page Six. Sharp: Ben, 49, looked suave in a navy shirt and matching dark jeans and jacket as they ventured out 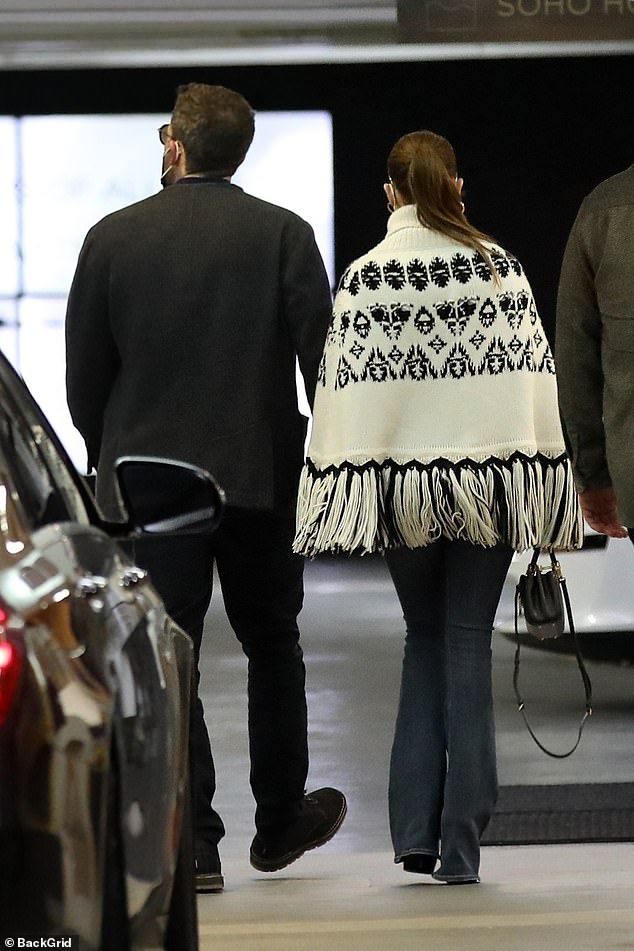 Still going strong: The couple were spotted out together on Sunday as it was revealed that her latest film, The Mother, has been put on pause in Spain due to a coronavirus outbreak

The Spanish outlet reported that Lopez was first spotted in town on Wednesday and was set to film multiple scenes throughout the week.

Spain has seen a rise in COVID-19 cases as the Omicron surges across the globe, with 2,722 cases per 100,000 people reported on Friday, according to Reuters.

The percentage of hospital beds occupied by patients with coronavirus was 11.79%, while the number of patients with COVID-19 in intensive care units rose to 22.06%. 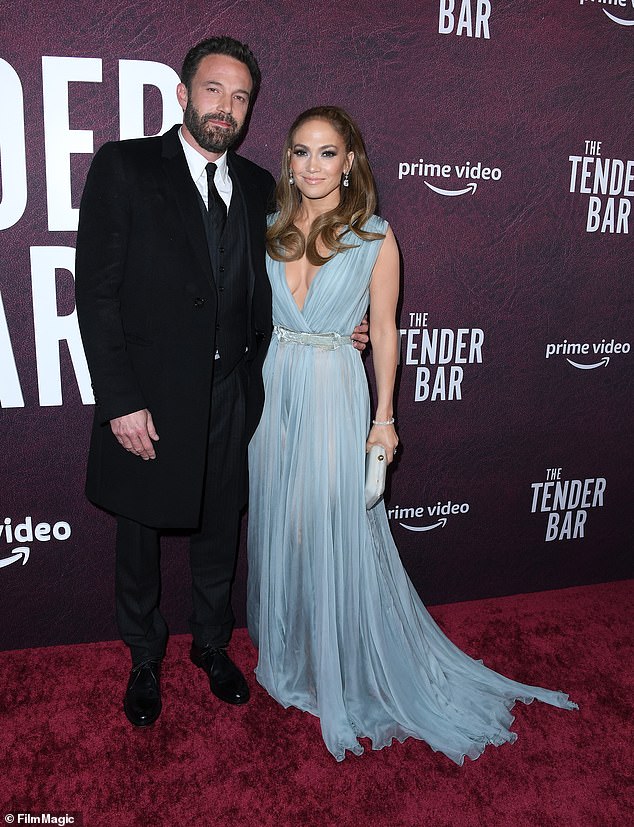 The health ministry reported that 80.2% of the population was fully-vaccinated, and 15million people had received booster vaccinations in Spain.

Back in Los Angeles, 45,584 new cases of COVID-19 were recorded by the Department of Health on Jan. 9 — a growing number which prompted the Recording Academy and CBS to postpone the 2022 Grammy Awards, a safe step which was also taken by the Golden Globes and Critics Choice Awards.

‘Given the uncertainty surrounding the Omicron variant, holding the show on Jan. 31 simply contains too many risks,’ the Recording Academy said. ‘We look forward to celebrating music’s biggest night on a future date, which will be announced soon.’