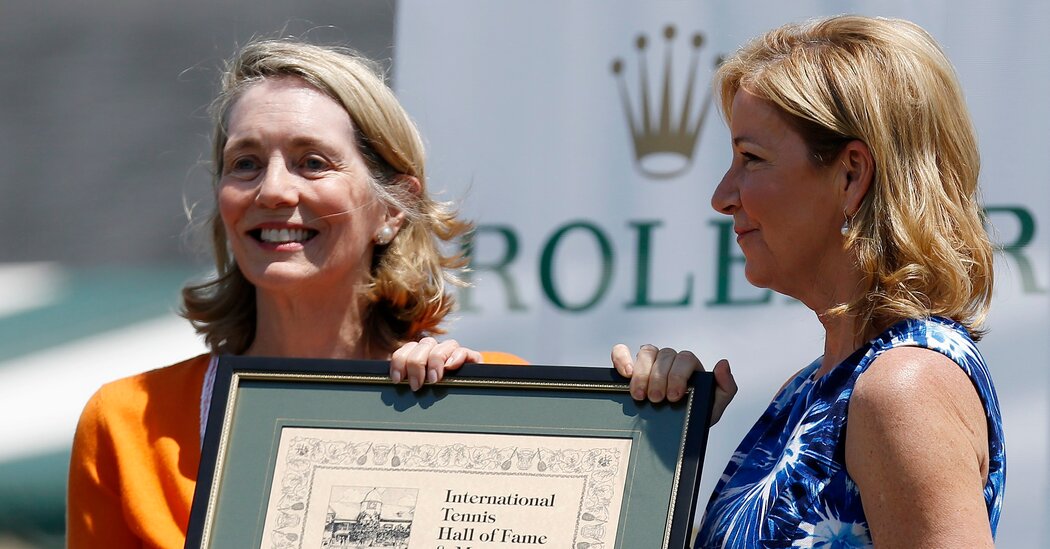 Jane Brown Grimes, who as one of the rare women executives in tennis in her time modernized the International Tennis Hall of Fame, ran the rule-making body of women’s tennis and was president of the United States Tennis Association, died on Nov. 2 at her home in Manhattan. She was 80.

The cause was cancer, her daughter, Serena Larson, said.

“Jane did everything behind the scenes,” Chris Evert, who won 18 Grand Slam singles titles, said in an interview. “She didn’t crave attention and quietly went about her work. Not a lot of women tennis players know what she did, because she was under the radar.”

In 1989, Mrs. Brown Grimes, as managing director of the Women’s International Professional Tennis Council, which governed women’s tennis, headed talks that led to a change in title sponsorship of the women’s tour — from Virginia Slims, a cigarette brand marketed to women, to Kraft General Foods. Both were owned by Philip Morris (now the Altria Group).

Anti-tobacco activists, as well as some players, had for years demanded that women’s tennis move on from its tobacco sponsorship, the financial backbone of the tour since the early 1970s, to one that promoted a healthier lifestyle.

“Jane was a very strategic, intelligent leader, and she was clear that the council had to move away from tobacco,” said Anne Worcester, who was director of worldwide operations for the Virginia Slims series and succeeded Mrs. Brown Grimes as the council leader in 1991.

Pam Shriver, who won 132 titles in her career, acknowledged in an interview that “there were no apologies for Virginia Slims being a sponsor.” But, she added, “By the time Jane was in a key position to make a change, she made it happen.”

Jane Trowbridge Gillespie was born on Jan. 20, 1941, in Freeport, N.Y., on Long Island. Her father, Samuel Hazard Gillespie, was a litigator who served as the United States attorney for the Southern District of New York from 1959 to 1961. Her mother, Ruth (Reed) Gillespie, was the head librarian at the Collegiate School in Manhattan.

In her youth, Jane played on her grandparents’ clay tennis court on Long Island and regularly attended the United States National Championships at Forest Hills, Queens — the precursor to the U.S. Open — with her family. She reveled in watching stars like Althea Gibson, Margaret Court, Tony Trabert and Maureen Connolly.

She studied history at Wellesley College in Massachusetts and received a bachelor’s degree in 1962. After working as a fact checker for Life magazine and then for a documentary filmmaker, she joined the Manhattan office of the International Tennis Hall of Fame in 1977.

Starting as an event planner, she became a fund-raiser before rising to executive director of the Hall of Fame in 1981, a post she held until 1986. Working mainly from its Manhattan office, she helped raise money to rehabilitate buildings at the Hall, in Newport, R.I., and was the director of tournaments held on its grounds.

After leaving to join the women’s tennis council, Mrs. Brown Grimes returned to the Hall as president in 1991 and stayed through 2000, overseeing the acquisition of tennis memorabilia critical to the Hall’s historical mission and continuing the renovations.

She was elected to the board of the United States Tennis Association in 2001 and then rose through its ranks to become volunteer chairman and president in 2007. The second woman to hold that position, she served through 2008. During her two-year tenure she particularly championed youth programs and was involved in the U.S.T.A.’s acquisition of the Western & Southern Open.

“Jane was one of the few who paved the way for other women to have leadership roles in tennis,” Ms. Worcester said.

Mrs. Brown Grimes was inducted into the Hall of Fame in 2014.

In addition to her daughter, she is survived by her sons, Jim Schwarz and Ames Brown; her brother, Sam Gillespie; and five grandchildren. Her marriage to Marshall Schwarz ended in divorce, and her marriages to Ames Brown and Charles Grimes ended with their deaths.

Ever curious, Mrs. Brown Grimes continued her education well into her later years. She earned an M.B.A. degree from Baruch College in Manhattan in 2012, then used her knowledge of tennis to earn a master’s degree in international relations from the University of Cambridge in 2015.

Her thesis was about the 1986 Federation Cup tournament in Prague, which marked Martina Navratilova’s return to her homeland for the first time since defecting to the United States in 1975 from what was then Czechoslovakia. Mrs. Brown Grimes had attended the tournament.

“When it was over and the U.S. had won, Martina was given a big microphone and started her speech in English, but within about 10 seconds she switched into Czech and the place went nuts,” Mrs. Brown Grimes said in an interview with Steve Flink of Tennis.com this year. “Her mother was sitting in front of me, and down a ways, and she was in tears.”

When she died, Mrs. Brown Grimes had nearly finished her dissertation in history at Cambridge — about women’s tennis during the Open era, after tournaments were open to professionals and not just amateurs in 1968.