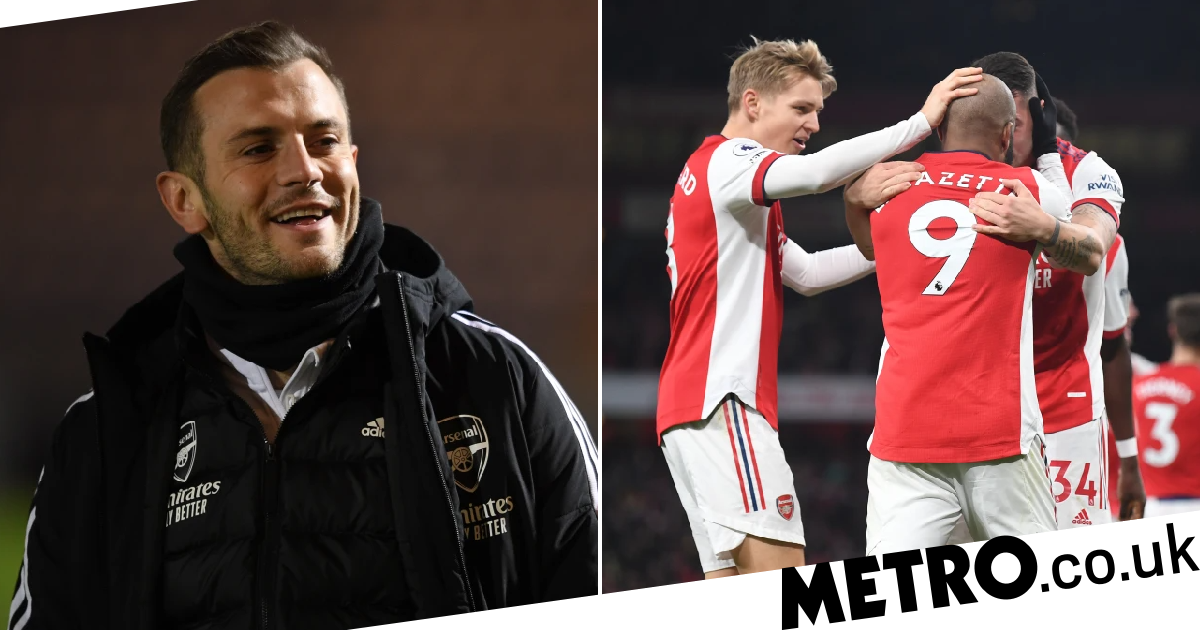 Jack Wilshere believes Arsenal are ‘definitely’ in the race for Champions League football after beating West Ham 2-0 to move up to fourth place in the Premier League table.

The build-up to Wednesday night’s London derby was dominated by the speculation and debate surrounding Pierre-Emerick Aubameyang’s future, with the striker stripped of the Gunners’ captaincy after a disciplinary breach.

But Gabriel Martinelli and Emile Smith Rowe struck at either end of the second half to seal a statement win in Aubameyang’s absence at the Emirates.

The manner of the victory further raised hopes that Arsenal could be on course to secure a top-four spot for the first time since their second-placed finish in Leicester’s miraculous title-winning season back in 2015/16.

This weekend, the north London giants will hope to make it three wins from three when they face Leeds, a team bereft of confidence after back-to-back defeats in the English top flight.

Speaking on talkSPORT, Wilshere – who has been training with Arsenal this term – claimed Mikel Arteta’s young squad were ‘on a journey’ and clearly fighting for the Spaniard ahead of a busy winter period.

‘I don’t think their target would have been top four at the start of the season,’ he responded when asked about the club’s top-four hopes.

‘The manager has got a clear footballing philosophy and they’re doing it, they’re producing it.

‘Yes, there’s going to be bumps in the road because they’re young, they’re not going to be as consistent as you want them to be, but they’ve definitely got a chance of top four.’

Asked if the top-four race is just between Arsenal, Manchester United and Tottenham, Wilshere replied: ‘No, I think West Ham too.

‘Even last night, West Ham didn’t play well, but you always worry because they’re that type of team that accept they aren’t going to have possession and then they hit you on the counter.

‘I think West Ham will be there or thereabouts.’

Pressed on whether whether Leicester, Brighton or Wolves are contenders, Wilshere bluntly responded: ‘No.’

Wilshere reserved special praise for Alexandre Lacazette’s performance versus the Hammers, despite the Frenchman – Arsenal’s stand-in captain – missing a penalty in the second half.

‘He would be a contender for the captaincy.’

According to Wilshere, Arsenal’s next permanent captain does not necessarily have to be the most vocal character in the dressing room.

‘There are different types of captain where you lead with the way you play.’


MORE : Arsenal fear they could be lumbered with Pierre-Emerick Aubameyang after Mikel Arteta spat