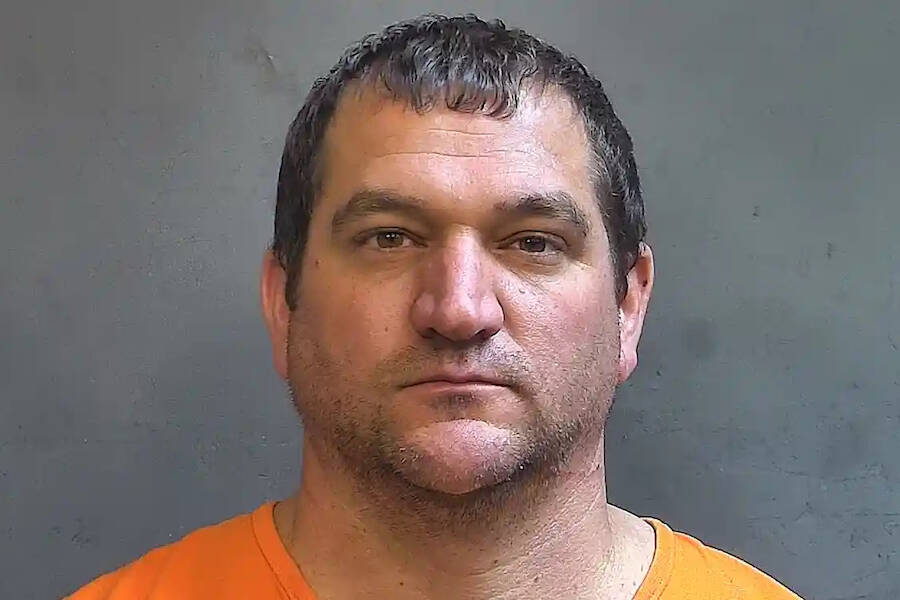 Despite confessing to murdering his wife and dumping her body into a river, Andrew Wilhoite will advance to the general election in November.

Andrew Wilhoite of Lebanon, Indiana, spent his days raising livestock, but he had far grander ambitions when added his name to the ballot for one of the three open seats on the Clinton Township Board in January. He ended up winning the Republican primary election — while behind bars for allegedly killing his wife in March.

The 40-year-old man became a suspect when his 41-year-old wife Elizabeth “Nikki” Wilhoite failed to show up for work on March 25, 2022. When police searched their home and found drops of blood inside, he claimed they’d had a fight the previous night but that he’d slept on the couch and hadn’t seen her before leaving for work in the morning.

When police started combing the grounds of the family farm and questioning his relatives, however, Andrew Wilhoite changed his tune. According to The Washington Post, he admitted to hitting his wife over the head with a gallon-sized concrete planter, stuffing her body into the trunk of his car, and dumping her off a bridge and into a nearby creek.

While the tiny Indiana town was left in shock when police found Nikki Wilhoite’s body in three feet of water on March 26, her murder seemingly had little impact on local elections. According to The Guardian, Andrew Wilhoite received 60 of the 276 total votes on May 3.

Andrew Wilhoite was raised by a county councilwoman and helped run Wilhoite Family Farms. His wife, with whom he had three children, worked at an oral surgery clinic. They seemed like a happy family from the outside, but Nikki’s friends say their marriage had been tumultuous for years.

In the fall of 2021, Nikki learned she had breast cancer. She began undergoing chemotherapy treatments, and she finished her last round in March. What should have been a time of celebration was marred by Nikki’s discovery that her husband was having an affair.

Nikki Wilhoite filed for legal separation from her husband in Boone County Circuit Court on March 17.

When she failed to appear at work on March 25, concerned co-workers contacted the police. While the Boone County Sheriff’s Office was suspicious of the blood in the bedroom, they requested state police head the investigation to avoid a conflict of interest with Andrew Wilhoite’s mother.

“An exhaustive search of the area with K-9 bloodhounds and deputies continued for several hours and we were not able to locate Nikki,” said the sheriff’s office. “The investigation eventually evolved into a possible homicide investigation.”

Andrew Wilhoite then admitted that he and his wife had fought over his infidelity. He claimed Nikki assaulted him first and screamed for him to leave the house. Outside, things escalated.

Boone County Sheriff’s OfficeAndrew and Nikki Wilhoite were married for 12 years before her death.

According to Andrew, Nikki charged at him around 10 p.m. on March 24. He grabbed a nearby concrete planter and hit her in the face with it. Unsure of what to do next, he allegedly placed his wife’s body into the trunk of his car and drove to Ross Ditch to throw her into the creek. He later tossed the planter out the window while driving down the highway.

“Andrew was asked if Elizabeth was still breathing, and Andrew stated he didn’t know because he didn’t check,” said police. “Andrew described that he drove to a bridge over the creek and threw her over the wall and into the creek.”

Andrew Wilhoite has been held in Boone County Jail without bond ever since and faces one charge of first-degree murder. Despite facing 45-60 years in prison, he was informed on May 3 that he would advance in local elections after garnering 21 percent of the vote.

According to The Indianapolis Star, the local primary race for the township board had only drawn three candidates — all of whom were Republican. He received 60 votes compared to the 106 and 110 votes his competitors earned, but since there are only three candidates to fill three seats, he remains in the running. According to those in charge, there currently seems to be no issue.

“There is no legal reason he can’t be a candidate,” said Brad King, co-director of the bi-partisan Indiana Election Division. “Under our system, you are innocent until you are proven guilty. If a person is convicted of a felony, then they are no longer eligible to be a candidate and are ineligible to hold office.”

Ultimately, the Indiana communities concerned about Andrew Wilhoite’s potential victory seem to hold no sway over the matter. His next court hearing is set for May 27, while his jury trial is scheduled for Aug. 29. Only if he becomes a convicted felon before the general election on Nov. 8 will he be removed from the ballot.

After reading about Andrew Wilhoite, the alleged murderer who just won a primary election in Indiana, learn about Katrina Fouts, the Indiana woman caught murdering her husband with poisonous mushrooms. Then, read about Matheau Moore, the Ohio man who asked podcast listeners for help finding his wife and was then charged with her murder.