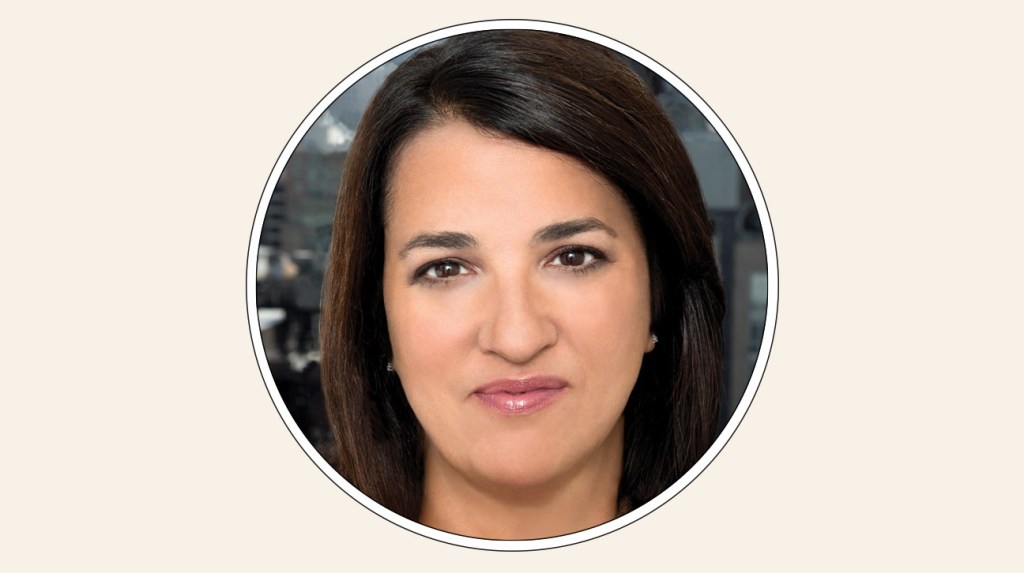 A lot of distributors have voiced their commitments to theatrical, but few have put their money where their mouth is in the same way as IFC Films president Arianna Bocco.

The executive is helping to save a century-old movie theater (Jack Nicholson was an usher!) in Bradley Beach, New Jersey, where Bocco relocated to from New York City during the coronavirus pandemic.

Bocco banded together with a group of people, including New Jersey native actor Patrick Wilson, who were interested in reviving the space. The group of investors purchased the building and are in the middle of fundraising for renovations, with plans on reopening it as a three-screen, first-run movie theater known as The Bradley.

As for her day job, Bocco has helped oversee increased buying at the indie distributor, which picked up seven titles out of both this year’s Sundance Film Festival and SXSW, including Thandiwe Newton starrer God’s Country and comedy Spin Me Round, fronted by Aubrey Plaza and Alison Brie.

Ahead of Cannes, Bocco talked to THR about running IFC Films, the shifting sentiment around day-and-date releases and acquiring titles with such AMC Networks sister companies as Shudder, RLJE and AMC+.

Do you think Zoom dealmaking is here to stay?
We got used to an efficiency of doing the market meetings on Zoom, but what I really missed was the in-person [element]. It’s the same concept with going to see a movie in a theater, which was also a part of Cannes, albeit with no air conditioning, which is really hard, but you cannot replace the in-person, face-to-face meeting. It was just really going to Cannes last year that reinforced that not only do I think it will come back, but it will come back in force.

Did COVID change your strategy in what you bought?
COVID did shape our strategy in multiple ways. Part of it is what we bought because of how it performed better on a strategy that pivoted to digital. And part of it was also what was available in the marketplace, and a lot of what got made during COVID was genre films. They are more contained, and they are not super expensive in general to make. Our company strategy also changed during COVID in how we were going out buying. Now, I look at strong divisions, like Shudder and like RLJE, which enable us to use our collective buying power in the market versus operating as separates, working against each other.

How do you decide when to partner with RLJE or Shudder on an acquisition?
[Shudder] has a very specific audience base. They have a very clear idea of the kinds of movies that they are acquiring that fit their audience best. In years past, we overlapped in that space, frequently. Now, it’s more beneficial to lift both of our brands to do what we do best, which is to position the film and the filmmaker from a marketing PR standpoint in the theatrical window and to create an awareness for the film and then to partner with Shudder on the first pay window. So, when it gets to them, we have created this awareness for the film. We’ve worked together on marketing materials and PR to really ensure that it’s worked for both of our platforms and both of our windows

How has it been to see the major studios in the pandemic shift more regularly to day-and-date?
I read recently that (former WarnerMedia CEO) Jason Kilar had said that they invented day-and-date. They started it. My friends at Magnolia and even Tom Quinn who started at Radius, we all kind of laugh because we have 15 years of experience of doing films day-and-date. I think it’s amazing that the industry has finally shifted to where we knew it was always going to be going. Once that wall with exhibition crumbled a little bit in terms of the windowing, it really opened up a door for larger companies and studios to experiment with something that we already knew. Which is that you’re not losing your audience but you are using dual streams to boost your audience — to get more out of your marketing dollars. When we started day-and-date 15 years ago, I remember people saying, “You’re killing cinema. How can you do this?” We always took the approach that our goal was to get as many people to see a film. We cannot release movies in the same way we did 20 years ago. Audiences have changed. Generations are different. Teenagers now are going to have different habits as adults than we did when we were that age.

How vital is theatrical to your business model?
It is still very vital. It is still the way that we can really get our press and our publicity and our marketing out there. And you can never place that magical in-person experience of seeing a film in a dark theater. Once we, as distributors, are able to make sure that we’re giving audiences the best experience, they will keep coming back. It’s still the cheapest form of entertainment. In terms of going out for a night for entertainment, it really is. I just don’t see that kind of experience going away anytime soon.

Do you think the art house theatrical market is fundamentally changed after the pandemic?
It’s fundamentally changed, but I’m not sure that’s a negative thing yet. There’s a certain aspect of the audience that we have lost for sure, probably the older art house audience. But I think what we’re seeing is that younger audiences are engaging more than they have. It’s a bit of a trade-off and that could potentially shape what is being acquired and what is being put into theaters. If younger audiences are coming to the theaters then, as distributors, our job is to cultivate that audience and to engage with that audience. [But also] not to leave out our core art house audience of older art house goers — to make sure that they’re getting films that they are engaging with. But trying to get them back? I’m not so sure. The general feeling is we have lost a certain percentage of that audience.

Filmmakers have been jerked around a lot in the pandemic and after when it has come to distribution. What do you tell filmmakers who may feel disheartened by the current distribution process?
I felt for so many filmmakers, how they never got to have a festival experience or their film got sold to another company. We tried to be very, very transparent with our filmmakers. I would say, you know, to filmmakers to try to have a really amazing support system in who’s guiding you through these processes and for transparency. But also try to understand the marketplace and not just sort of the first 30 days, but what’s the whole picture. What is the life of the film looking like?

The big streamers are picking up packages earlier, leaving smaller films at the market. Have you been noticing this trend?
We have noticed it and we have also been participating in it. We are getting involved at earlier stages, in pre-buy script packages. Competitively, it became a necessity. Our film slate for the year used to be 95 percent acquired on the open market. It’s harder and harder to do that nowadays when you have people like Netflix or Amazon who we can’t compete with in an open market on a finished film, but we can, when we get in at earlier stages. It’s easier when those conversations start earlier. COVID stopped production, so there was less to buy, and it forced us into a place where we had to. The market wasn’t offering up finished films.

In the pandemic, you have started work on reopening an old movie theater in a small town in New Jersey. How did that happen?
This happened in very beginning in 2020. I have a beach house in this town, and in March of 2020, when everything was shut down, I just decided to move there. It’s a very small town in New Jersey, and I found myself loving it. I heard that the movie theater, which is a hundred-year-old movie theater, it started as a Vaudeville theater, and Jack Nicholson was an usher there. I heard that an evangelical church put an offer on it and my heart broke because it is a part of our main street, and it created a culture in the area. So, I just called the mayor and I said, “How can I help?” And that was it. I was done for. [Laughs]