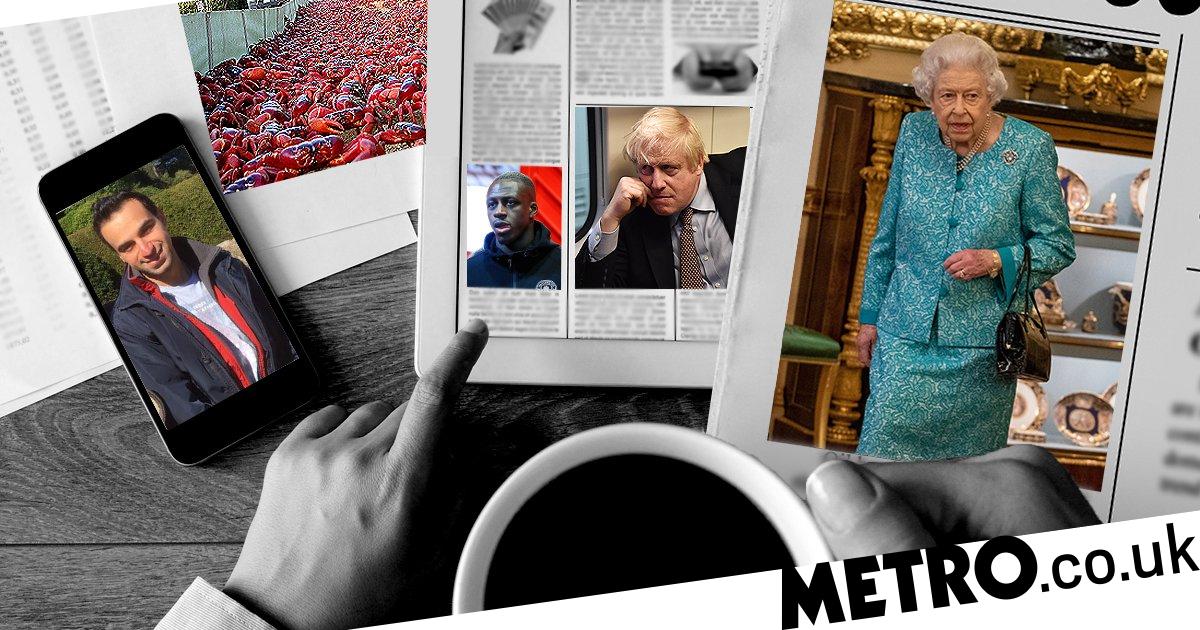 A slick trailer for Tiger King Season 2 is blaring from Netflix’s homepage and the Spotify hits on Adele’s new album are soaring.

Yes, it’s another week when you’d be forgiven for being distracted from the news.

Luckily, we’ve been keeping tabs so you don’t have to, so keep reading for a round-up of the five biggest stories since last weekend in under five minutes.

It was a miracle that no bystanders were killed when a taxi blew up outside Liverpool Women’s Hospital seconds before a two-minute silence on Remembrance Sunday.

As it turns out, the blast was part of a depraved suicide bomb plot which could have claimed a number of innocent lives were it not for a few strokes of luck.

When David Perry’s cab blew up and he crawled out alive, it was initially claimed he had locked his passenger Emad Al Swealmeen in the vehicle after spotting a suspicious-looking device.

Footage showed David had miraculously survived the blast from within the taxi – thanks in part to the Covid screen he installed in his vehicle – but his wife later played down rumours of her husband’s heroics, prompting speculation that the bomb went off accidentally.

After his asylum application was rejected, Al Swealmeen spent months constructing a device which could have caused ‘significant injury or death’ had it gone off in a crowd, counter-terror detectives have since revealed.

Details of his plot and why his device detonated are still being investigated, but it’s believed he tried to have David drop him off at a Remembrance Sunday service before getting frustrated by road closures and diverting to the hospital.

TL; DR – A terrorist incident in Liverpool which could have killed dozens claimed the life of just the bomber after his plan appeared to go wrong.

A fresh wave of speculation over the Queen’s health has erupted after she was forced to pull out of Sunday’s Cenotaph memorial over a strained back.

Doctors told the 95-year-old monarch to lighten her duties nearly a month ago after an undisclosed ailment saw her trip to Northern Ireland cancelled and her first overnight hospital stay in around eight years.

She was forced to miss a number of other events this week, including a visit to the General Synod which she substituted for a poignant note read out by her youngest son, Prince Edward, warning that ‘none of us can slow the passage of time’.

A front bench of seven senior royals including Charles and Camila will pick up the slack while she rests, palace insiders say.

TL; DR – Expect to see much less of the Queen as she recovers from her second health scare in the space of a month.

A row over second jobs for MPs, taken overwhelmingly by Tories to earn extra cash on the side, has continued to boil over after Boris Johnson’s plan to tackle the issue was branded a ‘cop-out’ by Labour.

The Prime Minister admitted it was a ‘total mistake’ to back former MP Owen Paterson, who was found to have breached lobbying rules by doing paid work for two companies while acting in their interests as a politician.

He has since drawn up proposals to ‘investigate and appropriately punish’ MPs who prioritise ‘outside interests’ or act as ‘lobbyists or political consultants’.

However it’s believed the rules will not affect most of the side hustles his colleagues are currently earning from. He has also refused to apologise directly over the scandal.

Manchester City defender Benjamin Mendy is set to stand trial in January for numerous counts of rape and one count of sexual assault.

The number of alleged rape offences grew from four to six after the Crown Prosecution Service granted a new charge brought by Cheshire Police on Tuesday.

Mendy, 27, who denies the allegations, was remanded into custody after appearing at Stockport Magistrates Court on Thursday along with Louis Saha Matturie, who also denies rape and sexual assault.

If we asked our readers a Pointless-style question about the most likely source of weird animal news, there’s no doubt one Australia would score well into the 90s.

Streets on Christmas Island, an Australian territory between Perth and Indonesia, ran red with millions of migrating crabs, resulting in widespread travel disruption.

But the islanders are so used to the critters’ yearly trip from the jungle to the beach, which sees them crawl over doorways and even office blocks, that they have built special bridges across highways and hire teams of officials to clear the path.

Some of you may be surprised to learn that these particular creatures will not in fact try to kill you.

TL; DR – An Australian island was brought to a standstill by millions of red crabs, but they’re used to it.