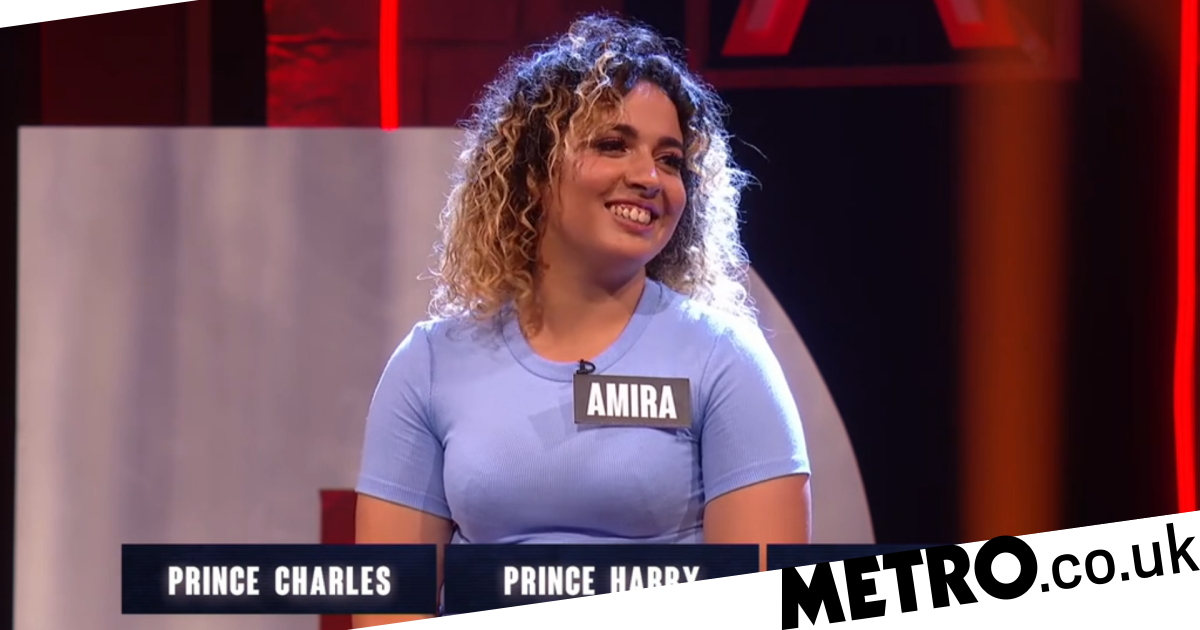 Viewers of Jimmy Carr’s new game show on Channel 4 were slightly baffled after the first episode’s winner managed to scoop £21,500 despite claiming she didn’t know who Prince Charles was.

I Literally Just Told You pits four contestants against one another, quizzing them throughout on information they have – yes – literally just been told.

Of course, it’s not always quite that simple, with the programme even building in a fake commercial break after the first quarter to quiz its contestants on after the real one.

Postman Amira, from Watford, proved to be quite the expert guesser throughout the game as she professed to not knowing many of the answers before manging to proffer the correct information – even down to the name of one of the camera operators, Martin.

However, the contestant, who confessed to being ‘not good at general knowledge’, was first openly throwing in guesses on questions about the Royal Family, where she had to match up facts to either Prince Andrew, Prince Harry or Prince Charles.

After saying she ‘only knew about Harry’, Amira was doing well, even correctly guessing Prince Andrew was the only one not to have married a divorcee by what she knew of Harry and Meghan.

However, she then dropped a truth bomb, adding: ‘I’m not sure who Prince Charles is, but I think that’s his [Harry’s] dad?’

Jimmy looked amazed at her confession, before joking: ‘I’ll tell you who he is – your future king!’ and suggesting she had ‘not been paying attention her whole entire life’.

Viewers on social media were also rather taken aback by Amira’s confession, with one tweeting: ‘She doesn’t know who Prince Charles is???!!!!!’

Another quoted her confession and added a hands-over-face monkey emoji.

However, Amira then went on to guess (correctly) about the line of succession and that actor Josh O’Connor had won a Golden Globe playing Charles, leading 49-year-old Jimmy to dub her ‘phenomenal’ as well as ‘a witch’.

Her luck took her all the way to the end of the show, where she went up against publican Miranda in a penalty shootout arrangement, as they both quizzed each other with their own questions.

For the answer that would see her win both her banked £11,000 and Miranda’s £10,500 – which she planned to spend on her parents – the postie was quick with her answer on Barack Obama and delighted with the win.

Reaction from viewers praised her for ‘good game’ and being a ‘well deserved’ winner, although one observed: ‘Someone who has never heard of Prince Charles has just won 21k on a gameshow called I Literally Just Told You on @Channel4.’

Another saw tactics in Amira’s performance, stating: ‘Amira is pretending to be thick.’

Either way, her streak of guessing made for a memorable first episode of the new format.

I Literally Just Told You airs on Thursday at 10pm on Channel 4.


MORE : Ronan Keating confirms he’s had a vasectomy on Celebrity Juice: ‘I’ve had the snip! Freedom!’