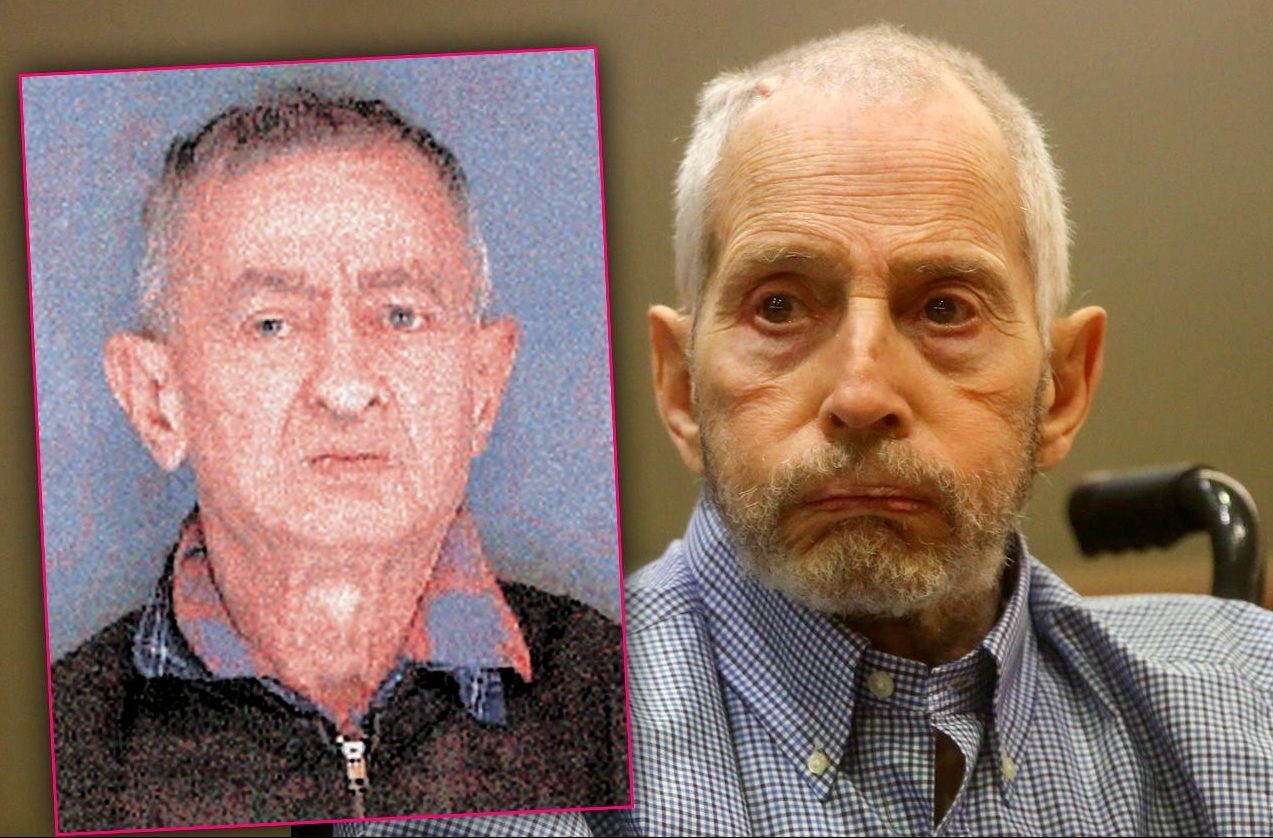 Robert Durst was not happy.

He was not happy with his company on that flight from Philadelphia to Houston, two Texas Rangers and a reporter (me) and a photographer from the New York Post .

And he was not happy that he had to peel his Granny Smith apple with his fingernails since the cops wouldn’t give him a knife. No doubt, the circumstances were also displeasing the heir to a billion-dollar New York real estate fortune, who was being flown to Galveston to face justice for the dismemberment murder of his neighbour, Morris Black.

For four hours, photographer Gary Miller and I sat across from Durst watching his bizarre antics.

Durst had long been suspected in the disappearance of his wife, Kathleen, in 1982 from their home in Westchester County and the slaying in Los Angeles of his longtime friend Susan Berman.

The bizarre real estate scion and suspected serial killer died of natural causes in California prison on Monday. He was 78 and had been battling bladder cancer.

His final years weren’t pretty. He was convicted last October of the Dec. 23, 2000 murder of Berman in her posh home in L.A.’s Benedict Canyon. Afterward, he was indicted in his wife’s long-unsolved murder.

But money and influence played a starring role in Durst skirting charges and convictions in his lifetime of misdeeds.

In 2001, Durst became the subject of a nationwide manhunt after Black’s body parts were discovered floating in Galveston Bay.  Somehow, he made bail and did a flyer. At the time, he was posing as an old, mute woman named Dorothy Ciner.

He was later picked up in rural Pennsylvania after he was nabbed for stealing a $5 hero sandwich, a newspaper and a Band-Aid at a Wegman’s. In the trunk of his car, he had about $37,000.

Bizarrely, he skated on the charges in the old Texas tourist trap on the grounds of self-defense.

Later, he told producers of the 2015 The Jinx documentary: “What the hell did I do? Killed them all, of course.”

On the Delta Airlines flight to Texas that Sunday in 2002, Durst didn’t look like he would hurt a fly. Nor did he ooze the power and confidence one typically finds among the rich.

He looked and acted like a nut cops would pull out of a park for screaming at people. It wasn’t always that way.

Durst received a degree in economics at the University of Pennsylvania and then moved to Los Angeles for a doctoral program at UCLA. That’s where he met longtime confidante, Berman, whose father was a Las Vegas underworld impresario.

In 1969, he joined his family’s real estate firm. Then, his wife of nine years vanished, and nothing would ever be the same for Durst.

“I think Kathie’s alive,” Durst told the New York Post after she disappeared, adding that the pair had marital problems, and it must have been “some sort of quasi breakdown”.

Her family was certain Durst murdered her. He denied it and no charges were ever laid, largely because, in the words of Westies mobster Jimmy Coonan, there was “no corpus dilicti.” No body.

Miraculously, Durst wiggled out of the Texas murder charge in 2004 and began a new life in 2006, helped along by a $65 million payout from his family to get rid of him. I hadn’t thought of Durst for a while until he agreed to appear on The Jinx.

Before the finale aired, he was busted in a New Orleans hotel for the murder of Berman.

It isn’t known whether the cops escorting him on the four-hour flight to Los Angeles let him use a knife.