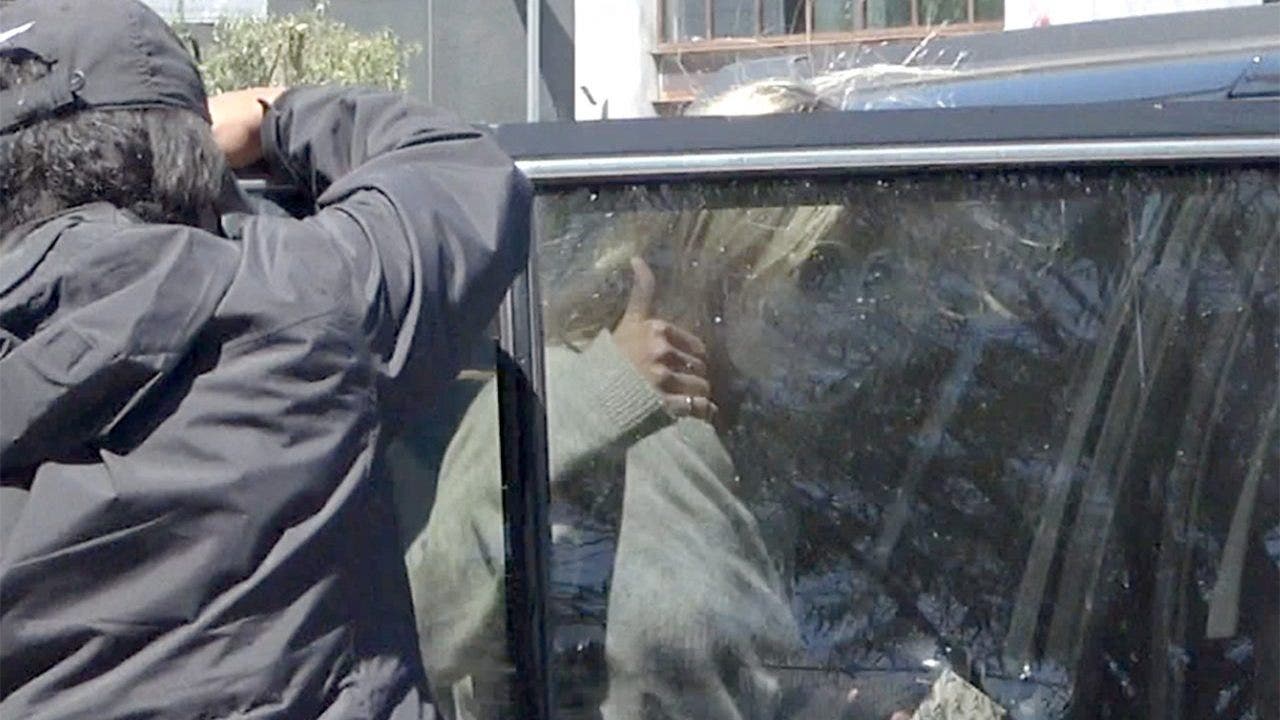 EXCLUSIVE: Hunter Biden’s wife Melissa Cohen gave a thumbs up Tuesday when asked how her husband is faring amid a loud chorus of Republicans demanding answers about his foreign business dealings, according to a video exclusively obtained by Fox News Digital.

Cohen, 35, was spotted picking up dry cleaning in Los Angeles when she was asked, “How is Hunter doing? Is he all right?” — according to the video provided by BACKGRID.

Cohen responded with a slight nod and a thumbs up before climbing into the back of a black SUV.

Cohen, a South African filmmaker and activist, married Biden in May 2019 six days after meeting and gave birth to their son, Beau, in May 2020.

Cohen’s thumbs up comes as her husband Hunter continues to maintain a low profile while Republicans on Capitol Hill push to investigate his overseas financial ties that have been a highly publicized political issue since the bombshell New York Post report leading up to the 2020 presidential election on the contents of a laptop he left at a Delaware repair shop.

The federal investigation into Biden, which began in 2018, is heating up as prosecutors from the U.S. Attorney’s Office in Delaware seek grand jury testimony concerning the sources of the first son’s foreign income, including from Ukrainian natural gas company Burisma Holdings Ltd., of which Biden served on the board of directors. Prosecutors have also questioned one of Biden’s associates about his drug and alcohol abuse in 2018, the Wall Street Journal reported.

Hunter Biden, the son of President Joe Biden, attends his father’s inauguration as 46th U.S. president on Jan. 20, 2021, at the US Capitol in Washington, D.C.
(Getty Images)

His foreign business dealings were first reported in a September 2020 report from Senate Republicans but have been gaining traction in recent weeks as media outlets like The Washington Post and The New York Times have come around to authenticating thousands of emails from Biden’s infamous abandoned laptop after initially dismissing the scandal and the New York Post’s original reporting during the 2020 election.

Hunter, who has adamantly denied any wrongdoing, has not been charged with a crime related to the investigation.