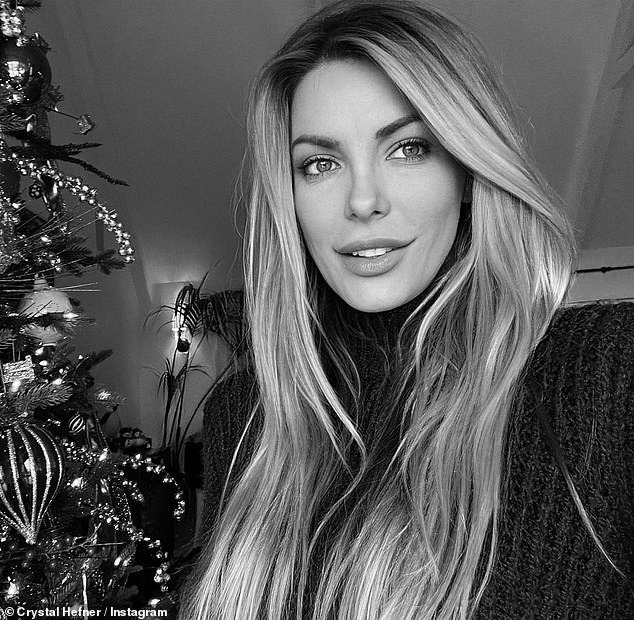 Hugh Hefner’s widow Crystal Hefner talks taking ‘everything fake’ out of her body and not posting risqué pics: ‘Modesty empowers me’

By Ashleigh Gray For Dailymail.Com

The 35-year-old widow of Hugh Hefner shared a black and white image of herself and stated that she has ‘removed everything fake from my body.’

The former Playboy cover star noted, ‘Modesty is what empowers me these days.’

Announcement: On Monday Crystal Hefner stated that she has ‘removed everything fake’ from her body and would no longer be posting risqué photos

Crystal expressed gratitude for her followers that have stuck with her as she switched up her online content.

‘After the last handful of years staying true to myself on social media, I feel that all the people here with me at this point actually care and are invested in my life in a positive way and for that I thank you,’ she began her caption.

The blonde beauty said it’s taken her a total of five years to shift from ‘not always safe for work posts to my REAL safe for work life.’

Before, she said, she was ‘living for other people, to make others happy, suffering internally in the process.’

A lot to say: Crystal expressed gratitude for her followers that have stuck with her as she switched up her online content

Delving deeper into her metamorphosis the San Diego native mentioned that she initially grew her following during her ‘Playboy years.’

She explained, ‘I don’t know whether I felt empowered by dressing scantily clad, showing cleavage, etc …or if I just felt it was expected of me or what…

‘But now I can confidently and 100% proudly say, modesty is what empowers me these days, and because it feels so much better internally, it will probably be this way for the rest of my life.’

Hefner added that she’s deleted her old pictures and said now she’s more authentic and vulnerable. ‘I am mine,’ she affirmed.⁣ 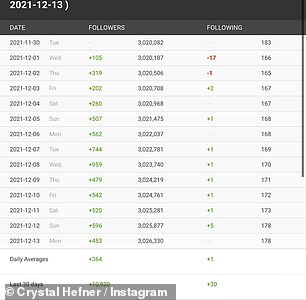 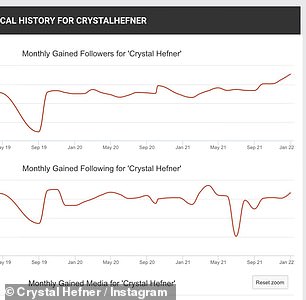 Proof in numbers: Crystal included screenshots of statistical charts in her post to drive her point home about the loss and gain of online supporters

The 5ft6in stunner got candid about her fear that her account wouldn’t survive the shift.

Using a website that tracks social media analytics she admitted she lost thousands of followers daily. ‘I was in the red. Every day. I was watching the girls that had similar pages keep posting the same scantily clad stuff and growing exponentially while I tanked hard.’

But now she says ‘Most days the count is growing.’ The widower went on, ‘Now my women followers are giving the men followers a run for their money. Now I truly feel I have an army of supporters that care and see an actual soul behind the lens. For that I thank you.’

Crystal included screenshots of statistical charts in her post to drive her point home about the loss and gain of online supporters.

As she wrapped up her heartfelt thoughts the media star thanked her fans once again and vowed to remain authentic.

‘I will make it my mission to try and help in all ways that I can while staying true to myself,’ she said.

Her new content will include her travels, health hurdles, and general lifestyle.

‘I hope all of you can stay true to yourself and to what feels right for you as well, because there’s a certain power you get from that you can’t find anywhere else. I love you,’ she concluded. 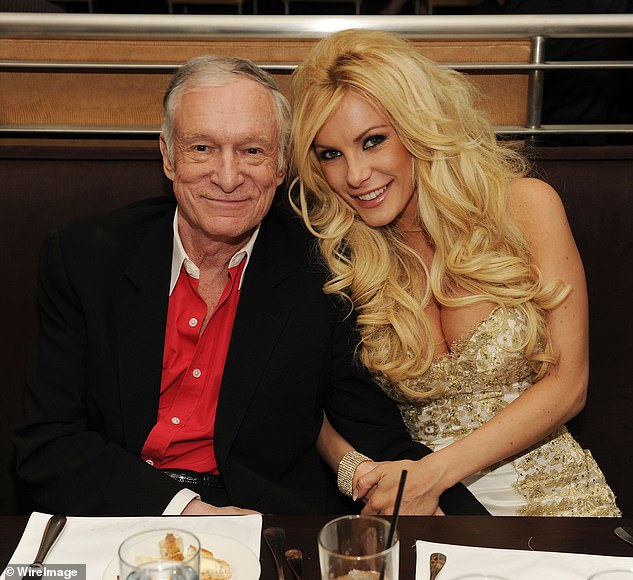 They began dating in 2009 and in December of that year she was the magazine’s Playmate of the Month.

On the three year anniversary of Hugh’s death she took to Instagram to reflect on their time together.

‘Thank you for always being my greatest ally, teaching me the definition of kindness, and making me feel extremely important and adored for ten years. I will be forever grateful,’ she wrote underneath a photo of them. 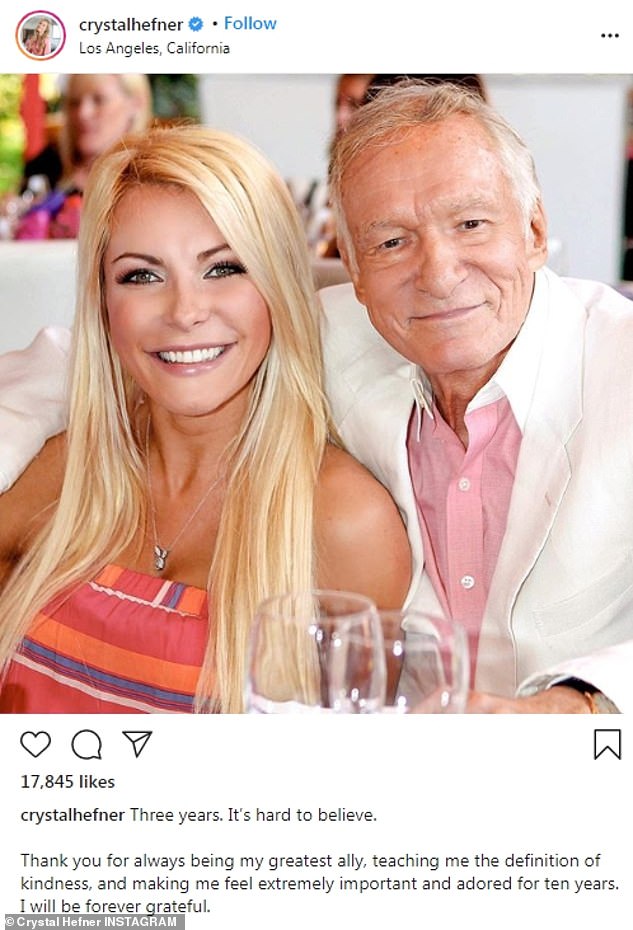 Looking back: On the three year anniversary of Hugh’s death she took to Instagram to reflect on their time together