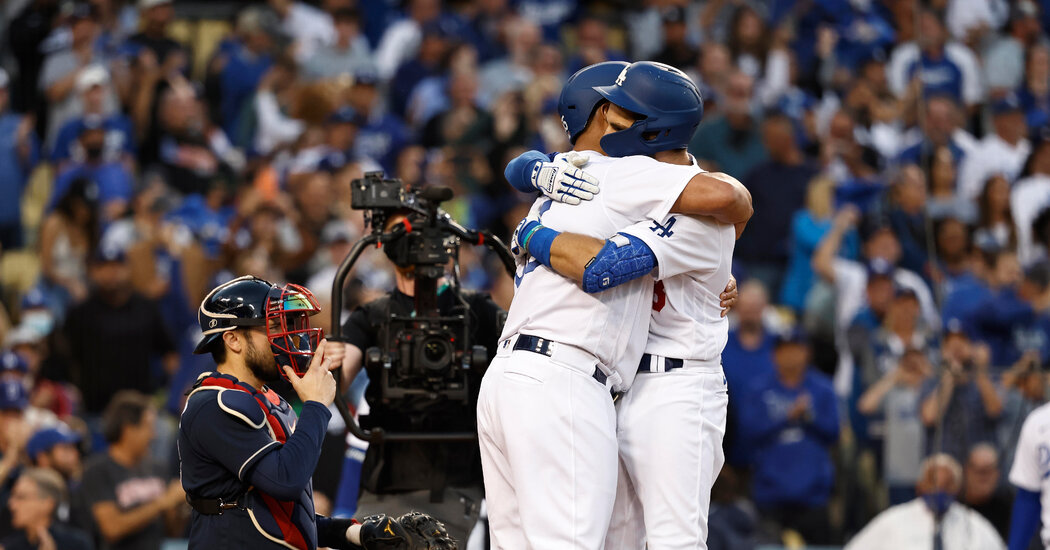 Chris Taylor helped the Los Angeles Dodgers stay alive in the National League Championship Series on Thursday night by belting three home runs. In the sport’s long history, three-homer games in the postseason stand out as a rarity: They have occurred only 12 times. While Taylor has had his share of postseason magic in the past, and he is a useful player, the fraternity he joined includes several all-time greats.

Try to guess who was the first player to hit three homers in a postseason. Did you guess Babe Ruth? You’re right. Guess who did it second. Yes, Ruth again.

The first time came with the Yankees in Game 4 of the 1926 World Series against the St. Louis Cardinals. One of the blasts reached the center field bleachers of Sportsman’s Park, which only two men had previously reached. His 12 total bases and four runs scored were also records at the time.

Two years later, again in a World Series Game 4 in St. Louis, he once more hit three, despite recording only three at-bats (he walked in his other two plate appearances). The game completed a sweep of the Cards, and caused The New York Times to gush on the front page that the Yanks were “establishing records that will live as long as the game itself.”

So far, that prediction is holding up. Ruth remains the only player to homer three times in a postseason game twice, and he did it when the postseason consisted of only one round per year.

No one matched Ruth until the 1970s, when the unheralded Bob Robertson hit three for the Pittsburgh Pirates in the 1971 N.L.C.S. He is the only person to add another extra base hit in the same game as his homers, a double. Robertson’s story was heightened because he had missed an entire season for kidney surgery; he was trumpeted as a “medical marvel.” Not enough star power for you? Willie Mays also hit a home run in the game for the San Francisco Giants at age 40.

Which brings us to the most famous three homer game: Reggie Jackson’s in the 1977 World Series. That clinching Game 6 went a long way toward establishing Jackson as “Mr. October” and gave him five homers in the series — a record. After a year of criticism from the typically demanding New York fans, Jackson said after the victory, “Perhaps for one night, I reached back and achieved that level of the overrated superstar.”

Another Hall of Famer, George Brett, completed the fertile decade with three solo homers in the 1978 A.L.C.S for the Kansas City Royals. Brett was the only leadoff man to do it. Too bad his teammates weren’t getting on base: The Royals were the only team to lose a three-homer game, 6-5, to the Yankees.

There were no postseason three homer games in the ’80s or ’90s and just one in the ’00s: Adam Kennedy for the Anaheim Angels in the 2002 A.L.C.S. (He somehow did it batting ninth.)

But a surge in home runs across the board, and an expansion of the playoffs, meant a golden age was about to begin. Through Kennedy, the feat had been performed six times. It has been done six more times since.

Which brings us to Taylor on Thursday night. Based on the trends, it should happen again, and maybe soon.