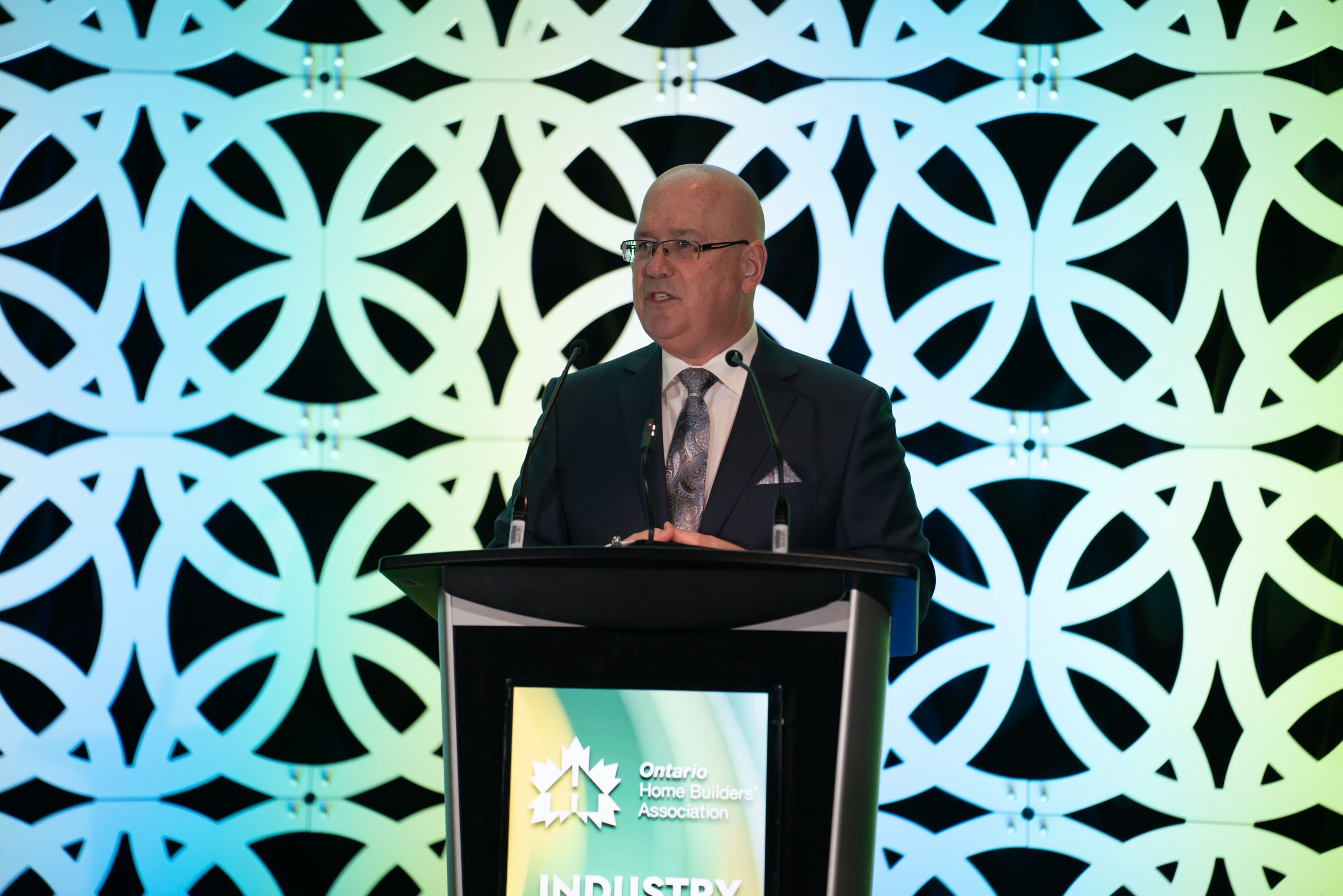 Ontario needs one million new homes to be built in the next 10 years, OHBA says

The Ontario Home Builders’ Association (OHBA) has unveiled a social media campaign it hopes will help alleviate the current housing crisis and give new home buyers the opportunity to vent their concerns.

Called Cut The ****, visitors to the OHBA web site (at ohba.ca) can either Take The Pledge (sign a pledge and stay informed about the campaign) or Demand Action (have their concerns forwarded to local and provincial candidates running for office.)

The campaign was unveiled at OHBA’s annual Industry Leaders’ Dinner this past Monday night. OHBA estimates the province needs to build one million new homes over the next 10 years to address the current shortage. In comparison, 670,000 new homes were built in the last 10 years.

“It’s no secret that the general public or those looking for a house are getting upset, frustrated and feeling anxiety,” says OHBA president Bob Schickedanz in an interview. “Well, we (new home builders) are getting frustrated too,” says Schickedanz in speaking on behalf of the association’s 4,000 member companies/new home builders organized into 27 local associations across the province.

Schickedanz acknowledges a wide range of reasons for the housing shortage: slow approval process, bureaucratic red-tape, construction delays, lack of skilled trades, lack of infrastructure — all of this has been acknowledged for some time now — but missing has been the sense of urgency to deal with all these concerns.

Some measures have been put in place — Bill 109 (the More Homes for Everyone Act), the recent Housing Affordability Task Force and its many recommendations for increasing the housing supply, Job Ready Programs — but “in general, it won’t translate into big change in the next six months, we are realistic about that,” says Schickedanz.

Schickedanz says too that absolutely the housing crisis has become a province-wide issue with a ripple effect as younger families ‘drive to qualify’ that is, forced to  leave to larger centres like the GTA for smaller cities and towns across Ontario,

Upcoming elections at both the provinical and municipal levels gives citizens a great opportunity to express their concerns.

“When we don’t build enough homes, prices rise dramatically and leads to the mess we’re in now,” warns OHBA.