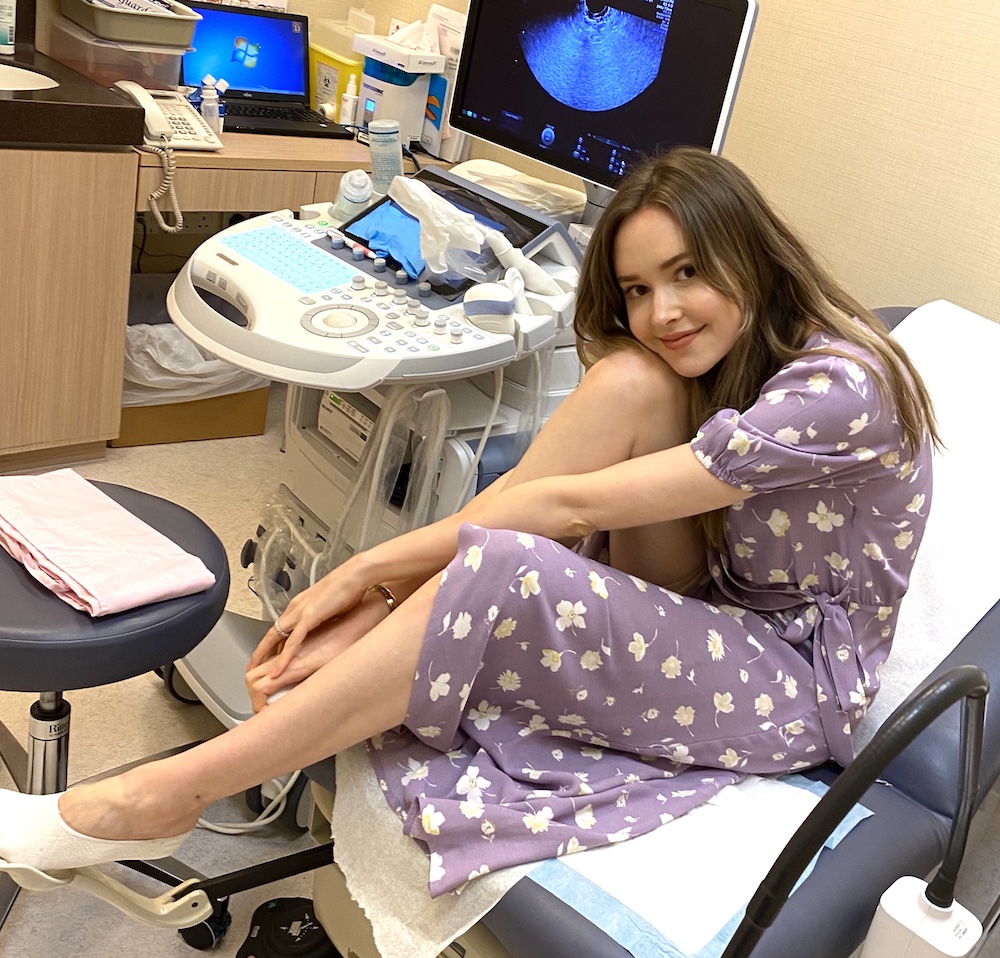 As one of Hong Kong’s most recognizable content creators, Taylor Richard has become known for her kawaii aesthetic and make up and fashion adventures. Last week, in a sudden turn of events, she launched a video series depicting her and her husband’s struggles with fertility. We check in on her ahead of the fourth episode to learn more.

Taylor Richard — better known as Taylor R, or simply Taytay — first came to Hong Kong from Canada in 2010 by way of a modelling agency. In 2011, she decided to dive into social media as a way to connect with others and share her life in the city.

“At that time, Instagram and Facebook were just photo-sharing platforms, and I had started night school, studying Dietetics. I wanted to share information I was learning there, as well as any tips and tricks from my work that I just wasn’t able to go into as much detail in through photos. That’s when I became really inspired to start my YouTube channel,” she says.

Now, Richard’s well on her way to half a million followers on Instagram, and boasts more than a million subscribers on YouTube.

“It took me seven years to hit a million subscribers. For me, it was a steady, slow increase. There wasn’t really a big viral moment that blasted me there,” she says. “I was overjoyed to reach such a big milestone; I celebrated and was so happy to receive my golden plaque which now sits above my computer desk.”

Since her marriage to husband Tom a few years ago, the self-described ‘retired model’ has been very open about her fertility, sharing snippets of her various doctors’ appointments and results. Fertility, and the simple struggle for some couples to conceive, remains a widely repressed topic. Last week, however, Richard launched a new series about her journey on YouTube, sparking a great deal of conversation. We binge-watched the episodes, cried our eyes out, messaged our friends and cried some more.

Within a few days, the combined views across the first three episodes have already almost hit 2 million, with a fourth episode coming soon. We check in on her to learn more.

What prompted you to start this recent series on fertility?

I always knew it would be something I’d share when I was ready, and was waiting until I had a happy ending — however that looked — or some sort of conclusion to tie it together.

It has been incredible, I can’t sleep! The amount of love, compassion and encouragement we’ve received is unparalleled. People who have been or are going through something similar to us have shared their stories with me, and it’s made me feel much less alone. I received messages where women are now going in for health check-ups that they’ve put off, having some tough fertility-related conversations with family or friends, or have reconnected on a deeper level with someone they know who went through infertility treatments.

If my content can give people the curiosity or courage to start looking into something more, feel less alone or try new things that lead them down a different path, then I’m reaching my goal.

How should we support friends who are going through a similar struggle?

This is such a great question; I appreciate you asking! It’s not a fun conversation at either end to have, and people often don’t know what to say, understandably. Every situation is different, but I’ll speak from my personal experience.

I found it comforting when people were just there to listen and not give me solutions; most solutions don’t work because the other person isn’t aware of the whole medical picture, only the doctor is. Kind words like, “I’m here for you. No matter what happens, you’re always enough,” were really nice reminders.

I felt really supported when friends or family would remember a big appointment and message me in the morning saying, “I’m thinking of you, good luck!” or message me after to say that they’re there if I need to talk — but not pressure me to do so. I also really enjoyed the times when my friends would call me to hang out and do things and not talk about treatments, because it made me feel like myself before infertility and gave me a little distraction. Oh, and never say, “Just relax, it’ll happen” — that is the worst!

What has been the most helpful advice you’ve received?

My doctor aside, who has been incredible (Dr Grace Kong and her nurse, Bonnie, at The Women’s Clinic), there was one particular book that really helped me. It’s Rebecca Fett’s It Starts with the Egg. I wished I’d read it sooner! It talks about how we can take control of our hormones and increase the quality of our eggs. After that, I made some lifestyle and diet changes and started taking specific supplements, then I was producing more eggs than ever, according to my ultrasounds! I really think this has made a difference.